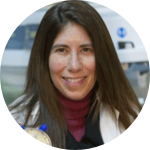 About
My research interests have encompassed such diverse areas as free radicals in disease, DNA fingerprinting, virus protein structure/function relationships, and cancer biomarkers. In 1993 I helped found the nonprofit Sabin Vaccine Institute and served as its Scientific Program Director. I've held a variety of research & development positions in the biotechnology industry. From 2001 to 2009 I directed a comprehensive program to develop early detection biomarkers of lung cancer, integrating data from studies utilizing high-density expression arrays, proteomics, phosphomics, and laser scanning cytometry. In 2009 I returned to the nonprofit sphere by co-founding Genspace NYC, the world’s first community biotechnology laboratory. Its mission is to promote science literacy and demystify the latest advances in biotechnology and synthetic biology though education, outreach, and engaging the general public in a hands-on manner. I was the head mentor for a gold medal-winning team housed at Genspace and composed of students from Cooper Union and the Columbia School of Architecture who successfully competed in the 2011 International Genetically Engineered Machine competition. I've spearheaded many of Genspace’s unique outreach programs such as the collaborative effort between the Cold Spring Harbor Laboratory and Genspace to mentor students competing in the Urban Barcode Project. For the past two years I have served as Genspace’s president, and our efforts to develop Genspace into a haven for entrepreneurship, innovation and citizen science have been chronicled in Nature Medicine, BBC News, Science, Discover Magazine, Dan Rather Reports, and the science section of the New York Times. My 2012 TEDGlobal talk encourages everyone to participate in hands-on bioscience.
Joined

Can we make radiation-resistant plants that can survive in space?

Did I mention we saw the required bear? A grizzly, blissfully chowing down on the abundant blueberries in preparation for winter. The best kind of bear sighting, from a distance of about 200 yards ...

Update and apology for radio silence

I want to thank all of you who have shown your support for this wonderful project. As you know, Microryza is an all-or-none crowdfunding site, so now is the time for the final push to get this pr...

What kind of plants do we barcode?

We try to do a through survey of everything in the area, from showy flowering plants to really hard-to-distinguish grasses. The variety of plant life here always amazes me, considering that winter...

What's a barcoding night at Genspace like? Find out by watching this video.

A reporter came by one night when we opened our doors to the general public and let them barcode some of the Alaskan samples from last year. Lots of pizza and beer was involved, but everyone had ...

Summertime is often when folks are out of touch, their minds on vacations and family. So since we are almost 20% of the way to our goal, and Microryza is really enthusiastic about our project, ...

Backers Only
13
0
0
No guns, just pepper spray. And no sat phone. We never have, since they are expensive to rent and heavy. You start relying on them too. Although having one can save you trouble since you can call folks and ask about the route in real time, and also keep in touch with the bush pilots. But there is something about really being cut off from everything and being totally responsible for one's own welfare that is both frightening and thrilling. If you are not at the pickup site they look for you when they get a chance (!) Eventually I will probably break down and take one, but so far I have not.
Barcoding Alaska
View comment
Go Yuriy!
Can we make radiation-resistant plants that can survive in space?
View comment