The Sahamalaza sportive lemur is a rare primate endemic to Madagascar. With only 3000 individuals left in the wild it has been pronounced Critically Endangered by the IUCN. However, very little research on this species has been done so far. As populations vanish, so does our opportunity to study and help. This project is the first long-term study that will investigate their social system - important information for future conservation efforts.

The cryptic and inconspicuous Sahamalaza sportive lemur, Lepilemur sahamalazensis, stands out against the majority of nocturnal lemurs. Hardly anything is known about them except for a three-month long study last year that has uncovered that in comparison to other lemurs, this species seems to be fairly unsocial.

Preliminary home range analysis and behavioral observations indicated that the Sahamalaza sportive lemur lives solitarily. This is something that needs to be investigated further, especially since this species is one of the rarest lemurs in the world. This project will thus be the first long-term study that will look into the sociality of this nocturnal lemur species, with the aim of providing new information to help conservation efforts.

The Sahamalaza sportive lemur was classified as Critically Endangered by the IUCN and is one of the rarest lemurs in all of Madagascar today. Populations decline due to deforestation and active hunting, leaving this species fighting for survival. As the efforts to protect the habitat continue, we need to conduct more research on this species to understand its needs.

Researching the social structure and mating system of the Sahamalaza sportive lemur provides us with the means to monitor the remaining populations. It also gives us information that is needed for breeding and re-introduction programs in the future.

This project will forward the scientific research, and with the help of this campaign, hopefully evoke popular interest in a cryptic species that might otherwise be overlooked.

The overall goal of this project is to determine the social system of the Sahamalaza sportive lemur, through:

All these topics remain to be studied for the Sahamalaza sportive lemur and I, as part of the Madagascar Programme of the Bristol Zoological Society and working together with the Lemur Conservation Association (AEECL), hope to shed light on this lemur through behavioral observations and by collecting data on home ranges during an upcoming long-term field study.

Field research is costly. Equipment, travel costs and salaries add up to grand totals that are seldomly covered by funding sources. It is notoriously difficult to cover field work expenses through research grants. Especially research in remote countries like Madagascar can get quite expensive, which is the reason for my applying to a broad audience of science-enthusiasts here.

In the field I'm facing two major problems: 1) my study species is nocturnal and 2) live in the forest. This means I need to tag the individual animals with radio-collars so I can find and follow them at night. However, I can't follow them everywhere due to the denisty of the forest in some places and because they travel in up to 25 meters.

Another issue is the size of the animals themselves: they are rather small (~600g) which means I need collars that are lightweight but have a long battery life. This, of course, requires elaborate technology which is expensive.

Without the collars, research in the dense forest of the Sahamalaza National Park is not possible. I wouldn't be able to find the animals, let alone follow them during the pitch-black of the night. So the money raised here will contribute towards buying these collars - the more collars, the more animals we can safely follow! 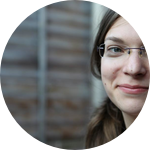 After spending most of my academic career in labs, I packed my hiking boots and notebooks and travelled to Madagascar last year to do some field research.

Coming back after 3.5 months, dusty, tanned, and slightly fed up with rice, I was convinced of one thing: I need to go back and help those lemurs.

I've enjoyed studying nature as long as I can remember, first in an artistic way, then in a scientific one. I love exploring new grounds and I am fascinated by animals and their ways of coping with nature's forces (and with us humans).

For my PhD, I aim to accomplish two things: explore as much as possible the life history and ecology of the Sahamalaza sportive lemur and get people interested in what I am doing - for the sake of the Malagasy primates' future.

Go here for a blog about my previous field work in Sahamalaza!
Here is an overview of the Research Site and Associates!