Our preliminary work has detected phthalate concentrations in muscle and reproductive tissues, and other seabird scientists in Australia have detected phthalates in seabird preening oil (Hardesty et al. 2015). Their findings were critical, because preening oil can be collected from live birds, which means we can partner with other scientists to live capture birds in certain regions of the Bering Sea. This year we are collecting preening oil samples from live captured birds in the Pribilof Islands. We used cotton swabs to collect preening oil from the uropygial gland of birds. Funding from this project will help to analyze phthalate concentrations in preening oil samples collected from live captured birds during the summer 2016 field season. 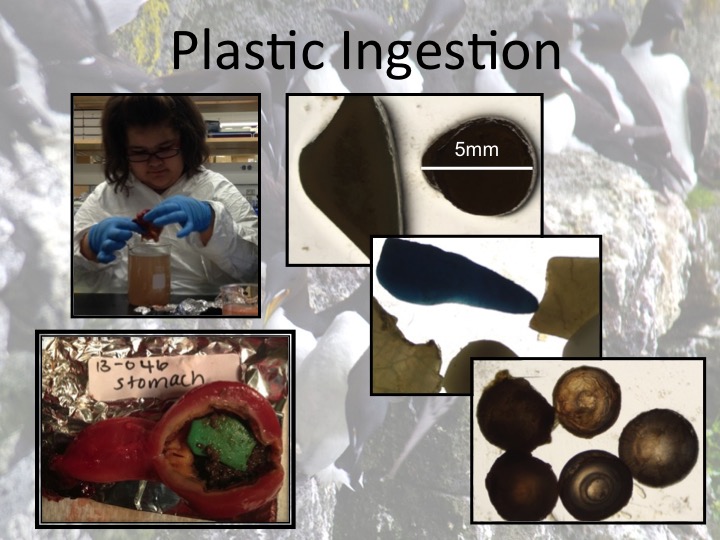 In the beginning years of our study, we dissected whole seabird specimens to examine stomach contents for plastic ingestion and to remove tissue samples for phthalate analysis. Although not all seabird specimens contained plastics in their stomachs, when we did find plastic particles they were often small. These small pieces are classified as microplastics, which is cause for concern as some microplastics can be small enough to pass through a seabird's digestive tract. These observations were part of the impetus to quantify phthalate exposure as an additional means of determining plastic ingestion at some point in a seabird's lifetime. 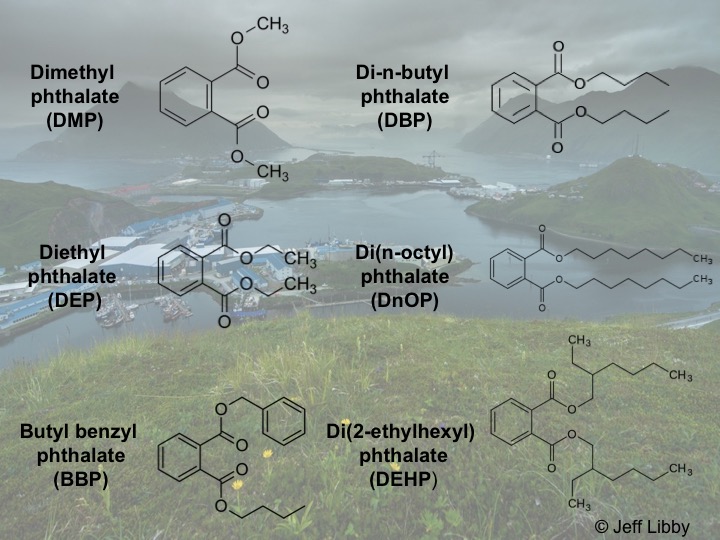 There are currently 25 phthalate types manufactured. Our lab at the University of Alaska Anchorage, ASET Lab, can analyze tissues for concentrations of six phthalate types, pictured here. 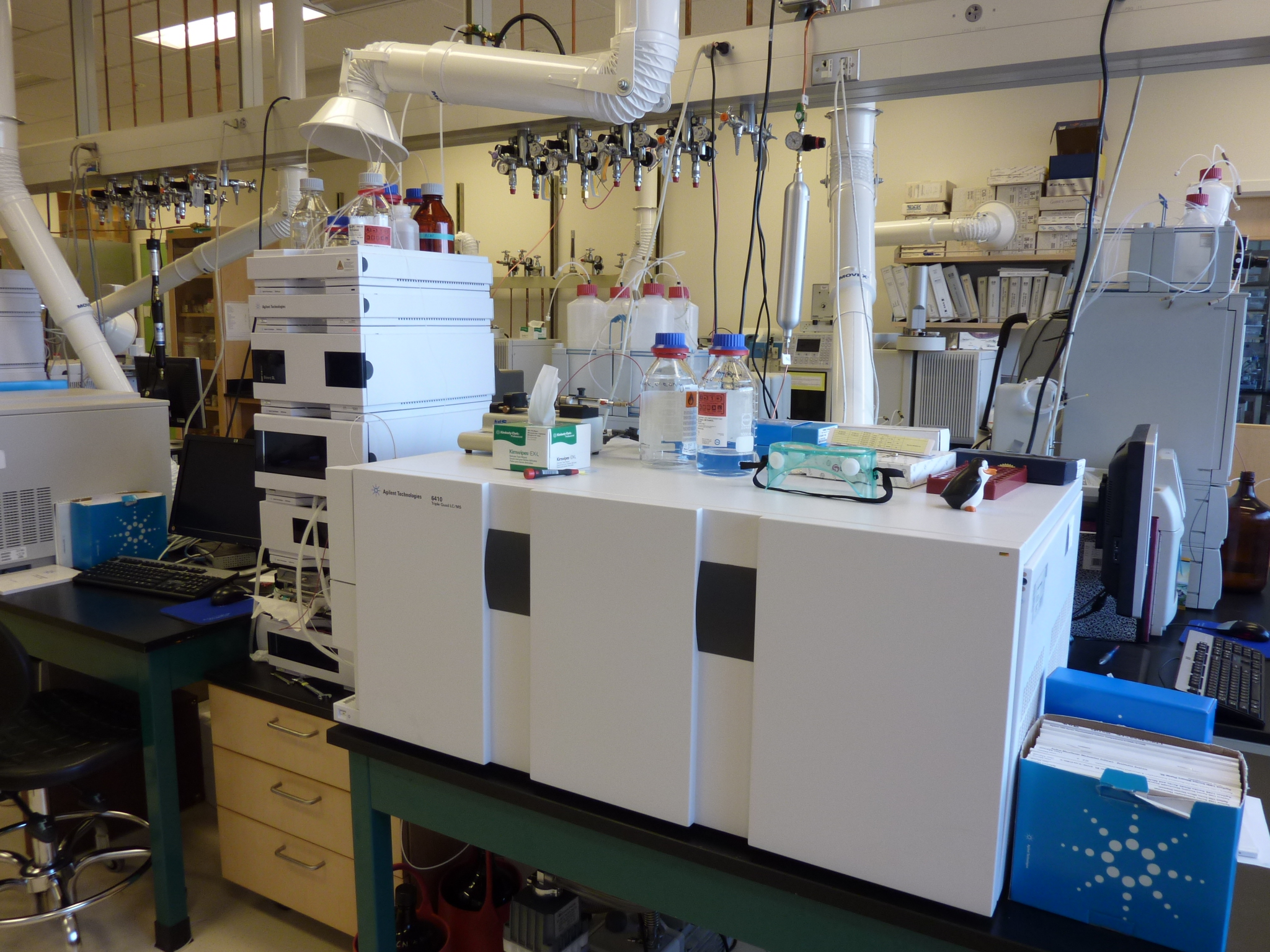 As phthalates are so pervasive in commonly used materials and the environment, sample contamination may occur at different stages including field sampling, storage, preparation and chromatographic analysis itself; thus, all the steps must be subjected to strict quality control procedures (Net et al. 2015). Upon field collection, we immediately wrapped samples in aluminum foil to reduce phthalate exposure, froze samples, and transferred them to the University of Alaska Anchorage for processing in the laboratory.

The risk of contamination is often high during laboratory analyses, as phthalates could be present in water, organic solvents, ambient air, glassware and plastic material used for the analysis (Marega et al. 2013). We removed plastic materials from the area of the lab where phthalate analyses were performed, and numerous blank samples were tested to assure quality control. 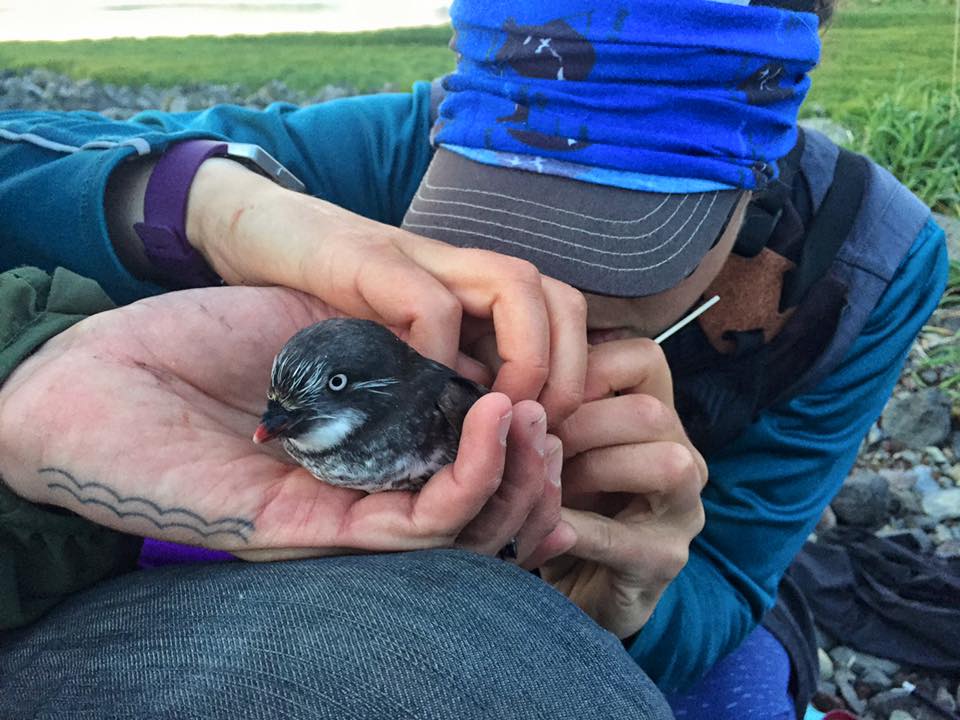 During the summer 2016 field season we live captured seabirds to collect preening oil samples for phthalate analysis. In this picture I am swabbing the uropygial gland of a least auklet with a cotton swab in order to absorb preening oil to bring back to the lab in Anchorage. This particular least auklet lives in a colony on St. Paul Island, part of the Pribilof Islands in the Bering Sea. Least auklets were among a handful of species we captured on St. Paul Island this summer. Photo courtesy of Naomi Bargmann. 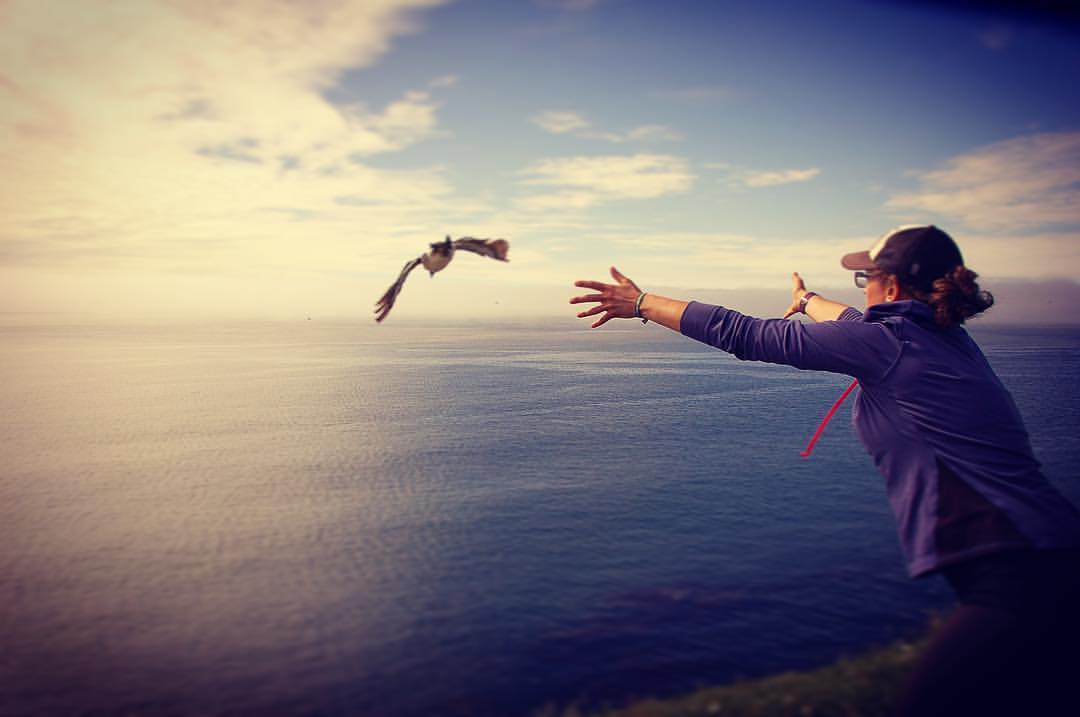 Fly free little bird. Thank you for allowing us to collect a preening oil sample for this project. Photo courtesy of Naomi Bargmann.

Our initial goal is to determine if Bering Sea seabirds are exposed to phthalates by quantifying concentrations in tissues, specifically preening oil tissues for this particular component of the project. We will use a multivariate analysis to test for statistical differences in the average concentrations of each phthalate congener across island groups in the Bering Sea (Aleutians and Pribilofs), and among species of breeding seabirds.