Very little is known about the ecology of Risso's dolphins inhabiting the waters of the Pacific Northwest. For example population size, distribution, occurrence, and foraging habits are sparse in detail. At Marine Life Studies we have collected over 10 years of data on Risso's dolphins inhabiting Monterey Bay, California. Using photo-identification, UAV's, movement patterns, and foraging observations, we hope to produce details on the natural history of this charismatic species.

Very little is known about the natural history and ecology of Risso's dolphin in the Pacific Northwest. They are a pelagic species inhabiting waters near the continental shelf, where it is believed they specialize on different cephalopod species (Ford, 2014). They are characterized by their large size and grey to white colouration (often due to scars). During 10 years of our dedicated marine mammal surveys, we have collected hundreds of photographs and detailed notes on their behaviour. Photographs show distinct characteristics in dorsal fin morphology with each individual: fin shape, nicks, and scars. We are now driven to create a photo-identification catalog for individuals sighted in Monterey Bay, California. We also plan to study their foraging and social behaviour.

With so little known about Risso's dolphins, understanding their population ecology and foraging can help set goals and management plans for protecting both the species and it's resources. We believe Monterey Bay, California acts as critical habitat for Risso's dolphins, as the bay serves as one of the largest market squid (Loligo opalescens) fisheries in the Pacific Northwest. Life history parameters will allow us to understand how Risso's dolphins interact with the squid fishery, and how a changing ecosystem with fluctuations in their prey will affect the Monterey Bay food web.

Using photographs of distinguishing features present on the dorsal fins, and mark recapture analysis, our goal is to provide estimates for population size of Risso's dolphins utilizing Monterey Bay, California. This will allow us to distinguish socialization patterns, birth and death rates, occurrence, patterns, and distribution. We will be starting this analysis right away and hope to continue following this species for years to come.

Using this funding we plan to provide $2000.00 in funding to allocate time towards analyzing data and producing population parameters from the last 10 years of dedicated field work.

We will allocate $500.00 for travel expenses to lectures and conferences to present our findings.

As with any citizen science project, we believe in educational outreach and plan to allocate $500.00 to producing guides, posters, artwork to help share our discoveries as we make progress in our study.

An additional $500 has been added to produce more guides and printing for public outreach.

With so little known of Risso's dolphins (compared to more well-studied delphinids such as bottlenose dolphins, killer whales, etc.) I believe it is of considerable importance to gather as many data as possible on this widespread species to advance our understanding of these animals. My very best wishes to Josh and his colleagues. 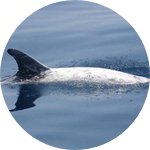 Pete Garbett
Manager
Cetal Fauna
This project is an excellent opportunity to gain valuable information about a species whose life history and basic ecology are still little understood. With a rich data bank worth 10 years of photographic data already in place, analyzing these data would be of great benefit and comes at little cost. Establishing a catalog of individual photo identification, much can be learned about a population’s size, range, social patterns and behavioral ecology in future years. 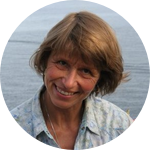 Annette Dehalt MSc
Marine Biology Instructor
Camosun College
Risso's dolphins are currently poorly understood globally. This project is important in that it aims to improve the understanding of Risso's in Monterey Bay, without which a conservation outcome would be difficult to achieve locally. Additionally, the unknown effects of the competition between this species and the local commercial squid fishery adds urgency to achieving a robust understanding. A photo identification catalogue is just the first step in building this important understanding. Please support this initiative. 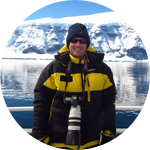 Our goal is to have analyzed and published a short note on the ecology of Risso's dolphin inhabiting Monterey Bay, California within the next 3 to 5 years. The first year will be sent analyzing identification photographs and building a template catalog to to compare unidentified dolphins to. 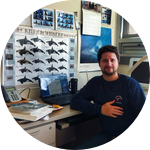 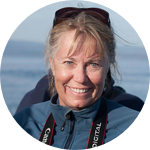 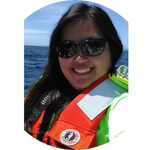 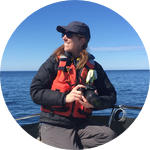 Since founding Marine Life Studies in 2006, I have served as Executive Director. From 1990 to 2008, I served as President of Bloomin’ Acres, Inc., a Michigan-based corporation. I am co-founder of the Whale Entanglement Team (WET)®, co-investigator (CI) level 3 responder under NOAA MMHSRP permit for WET®, principle investigator (PI) under NOAA NMFS permit since 2006, plus was CI under NOAA NMFS permit and Research Assistant for the Hawaii Whale Research Foundation from 1999 to 2008.

My dream when I started Marine Life Studies was to inspire students and people from all walks of life to pursue science and education to protect our ocean and the marine life that depend on it. I now want staff to sustain Marine Life Studies into the future by setting up a succession plan for young scientists and educators so that it can continue into inspire students and the public to protect the ocean and its inhabitants through its different programs.

I was born and raised in Monterey, California and obtained my Bachelor’s degree in Marine Science from California State University Monterey Bay and graduated cum laude. My senior research thesis consisted of quantifying geomorphic change in the head of the Monterey submarine canyon over time through the use of multibeam bathymetry data. I have served as the data processor research assistant for the Seafloor Mapping Lab and assisted with marine vessel operations. I am also a naturalist and deckhand for Blue Ocean Whale Watch in Moss Landing. I joined the Marine Life Studies team in 2013 and I am currently co-investigator (CI) on the NOAA NMFS permit we work under, member of our Whale Entanglement Team (WET)® and Executive Assistant working in all aspects of the organization’s research, education, and conservation programs.

The ocean has always been a source of wonder for me, inspiring curiosity and awe. It seems that the more I learn about it and the creatures that inhabit it, the more questions I have, and the more fascinated I become with it. It's no wonder then, that I have pursued my dream of working on it, in it, and near it.

Shortly after moving to Monterey from Southern California, I became involved with Marine Life Studies. My experiences with this organization inspired me to return to school, completing the required transfer units at Monterey Peninsula College. Upon my acceptance to the University of California, Santa Cruz, I was awarded the The Peggy and Jack Baskin Foundation Scholarship. I graduated with my Bachelor's degree in Marine Biology, having had the opportunity to complete a rigorous field quarter in South Africa, work with elephant seals at Año Nuevo State Park, and contribute to the Kelpforest Database project.

I have been with Marine Life Studies since 2007, assisting with vessel based cetacean surveys, community outreach and education programs, and more recently as a member of the Whale Entanglement Team.

4 Lab Notes Posted
Hello everyone! Thank you again for your support to help...
Hello Experiment.com members! We are please to announce...
We are only $120 away from reaching our goal! Thank you... 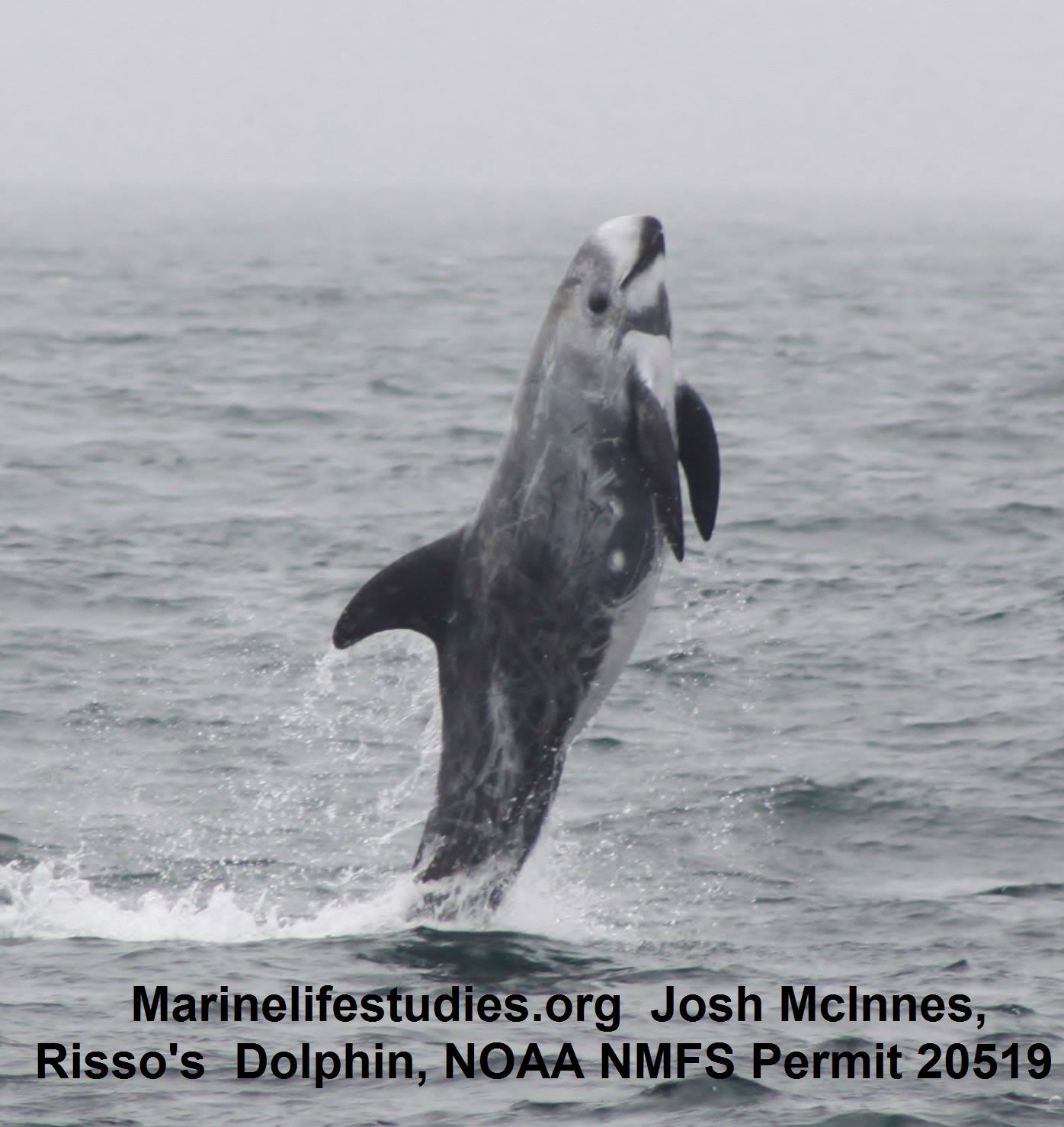