Over-abundant deer can be pests to property owners, causing millions of dollars in damage every year, and have been blamed for increased incidence of pathogens like Lyme disease, and unwelcome browsing of garden plants and ornamentals. To address this issue, I plan to test coyote models and coyote urine to evaluate their effectiveness at safely keeping deer out of suburban yards. Please help me find non-lethal alternatives to managing deer populations by supporting this project.

Since Oct. 2015, controversy has erupted over the cull of the Blue Hill Reservation’s white-tailed deer population, which has reached at least four times the healthy level per square mile of forest habitat (Herndon, 2015). This cull was the first deer hunt in over a century, and began in late Nov. 2015, with three more dates in Dec. Public input was positive overall, but some people said that they did not like hunting, and had safety concerns. Sixty-four deer were harvested, and while the Department of Conservation and Recreation did not discuss whether future hunts should be held, the state’s deer management plan for the Reservation proposed four days of hunting in 2016, followed by six days each year from 2017 to 2023. More public backlash is expected in the case of additional culls.

It is well known how adaptable the white-tailed deer is to its surroundings. Should my research prove successful, a means for managing deer damage in residential properties can be determined. In terms of animal behavior, it can prove that such flexible adaptability can be altered (at least temporarily). The practice can be extended to other “trouble species” that cause property damage or risk of human or animal injury or life throughout the globe.

This study will be done from mid-May - late-Jun. 2017. To reduce deer damage, 3D coyote models and urine samples will be used to observe reactions of deer of the BHR. Cameras will capture deer behavior, as well as the number of deer entering selected backyards, and time spent in the locations. Six yards will be used over six weeks. Each week, one yard will serve as the “control” (with only a camera, and no models/urine), and another will serve as the “experiment” (containing a camera/the models/urine). At the end of each week, SD cards will be collected and cameras/models will be moved to two new yards. In order to collect more data, and account for variables that could interfere with data interpretation, the cycle will continue until each yard has been used as each treatment for one week.

I will need two trail cameras capable of recording both sound as well as “full, live” video (as opposed to frame-by-frame time-lapse footage) to capture deer behaviors as well as the number of deer that enter each yard and their duration at the locations, four 32 GB SD cards to (initially) store all camera recordings, an external hard drive, a total of two to three coyote models (one has already been purchased as of Jan. 2016), and finally, an (initial) amount of 10 bottles of coyote urine. To lessen the amount of SD cards needed in this study (to four total), I plan on storing all recordings on the external hard drive once extracted from the SD cards, then re-using the SD cards as the weeks go on. The coyote urine will be used to add an olfactory element into the fieldwork, and will be applied weekly in the form of a topical spray. Finally, mileage reimbursement is requested for travel to and from the research site at least once a week for 6 weeks. 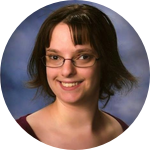