How we find out what dolphins eat is by retrieving dead dolphins, collecting the contents of their stomach, and identifying these stomach contents.This method provides only a snapshot of recently consumed prey. Now we can use natural tracers like stable isotopes to describe feeding habits of dolphins. To test the hypothesis that food resources are shared among dolphins that occupy same area without overlap, skin samples will be collected and analyzed for carbon and nitrogen stable isotope ratios

Spatial distribution of whales and dolphins or cetaceans is closely linked to what, where, and when they eat. Unfolding the complexity of the feeding habits of these mobile top predators coupled with their equally mobile prey is challenging because unlike sessile animals, cetaceans move a lot, utilize different habitats, and oftentimes feed in remote feeding grounds. Cetacean sighting events are not always synchronous to feeding, thus the stable isotope data will be useful to reconcile the spatial distribution derived from visual sightings. Also, carbon and nitrogen stable isotope values in co-occurring cetacean species will be examined to determine if the association indicates symbiotic feeding relationship.

Investigations on the Philippine cetaceans started in the early 1980s and have so far documented 26 species of which 70% are known to occur in the study area. However, majority of these species are categorized as “Data Deficient” by the IUCN due to lack of evidence to determine otherwise. Therefore, there is a need to understand the fundamental information on the ecology of cetaceans because successful foraging transcends to survival and fitness of the organism. Biophysical studies on cetacean species and its habitat will fulfill the agenda of the Coral Triangle Initiative-National Plan of Action in improving the status of threatened marine species and refining the key biodiversity areas (KBAs). The study area is one of the identified KBAs.

The goal of the project is to describe the feeding habits of cetaceans in the
Bohol Sea through their stable isotope compositions. This goal can be
accomplished by collecting tiny piece of skin with blubber using remote biopsy
darts from live free-ranging cetaceans. Systematic boat surveys will be conducted during the summer months of April to May to search for cetaceans and collect biopsy samples. Tissue samples will be cryo-preserved in the field. Quantitative chemical process will follow in the laboratory to determine carbon and nitrogen isotope values. Only skin tissues will be used in the stable isotope analysis. The blubber will be stored and be made available to other researchers who are interested to conduct further studies.

The budget will primarily cover the rental cost of the survey boat that will be used in collecting tissue samples from free-ranging cetaceans. This is a critical component of the study because without a survey boat, no tissue samples can be collected, therefore, no stable isotope data will be generated. Boat rental fees will go directly to local boat operators, subsequently, helping the local economy. Also, the raised funds will cover the cost of laboratory tests significantly. Field materials and supplies have been covered by funding support from my academic advisor. Travel to the study site (the Philippines) will be covered by a gift voucher received as airline compensation from "give-up/volunteer seat" offers (great travel tip, yay!)

This project fulfills a critical need to provide basic data that will allow resource managers to establish marine protected areas in the Philippines, and thereby contribute directly to marine mammal conservation in the area. Edna has many years experience performing this type of research and is ideally suited to carry the project to completion and publish the results. 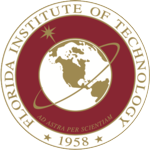 Because the field/study site is located in the Bohol Sea, Philippines, travel to the country will be done in March to take care of logistical preparations. It is anticipated to begin the boat surveys and tissue collection in April 2019. Field sampling will be carried out until May and possibly to mid-June, weather permitting. Sample preparations in the laboratory will follow immediately.

Travel to the Philippines 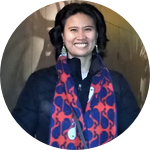 Growing up in a land-locked area has not deterred me to test the water but rather kept the curiosity of what lies in the marine environment. My first encounter with cetaceans was during a boat trip after days of hiking the mountains. The dolphins surfaced close to our small boat (an outrigger as we call it back home), porpoising for several minutes. I was amazed, couldn’t figure out first what they were, and kept staring at them until they swam away from our boat. I guess that’s why we call them charismatic species!

Years after, I decided to pursue a masters degree in marine biology from Silliman University in the Philippines. I worked with the university’s marine institute while completing my degree and was given opportunities to lead projects towards marine mammal research. A Fulbright scholarship to pursue a Ph.D. degree brought me to the Florida Institute of Technology since 2015 where I work as a research assistant in the biotoxin laboratory looking into the effects of harmful algal blooms to the marine mammal populations and the prey they consume. Learning new skills is something that I always look forward to and it led me to be part of the Isocamp organized by the University of Utah, where the world of stable isotopes and the application to ecological studies became clearer to me.

My study on the foraging ecology of cetaceans’ forms part of my dissertation and it brings me back to my homeland, the Philippines, where cetacean diversity is outstanding yet needs more data aside from where we can find the animals and what species they are. Conservation is not an overnight process, so I also invest in grassroots activities such as production of knowledge materials (e.g. wildlife rescue and response manual series for general public) and conduct training for first responders mainly in study sites focused on marine mammal conservation.

Thank you in advance for helping me in this undertaking. I hope the adventures will become yours too!

2 Lab Notes Posted
Thank you for the support!
untitled

Trained marine mammal observers assist in searching the study site for cetaceans and collecting tissues. This study integrates science and mentoring. Field surveys serve as hands-on experience for the students working as marine mammal observers, on the application of the research techniques adapted. The techniques are non-restrictive therefore students can modify them independent of the species they want to investigate in the future. Also, the undertaking involves participation of the local government units surrounding the Bohol Sea. Letting them become part of the data collection promotes capacity building and integration of science, specifically towards marine mammal conservation, in their municipal plan of actions.