The interoceanic canal through Nicaragua will cause irreparable harm to Mesoamerican marine and terrestrial flora and fauna and the gene flow. We hope to save Nicaragua's biodiversity by collecting samples along the canal route to create a baseline DNA registry of existing species before canal damage makes this impossible. Many future treatments/cures for plant and animal diseases may be hidden among this unexplored biodiversity (think aspirin and quinine), as well as new resources for industry.

The Center for Molecular Biology began exploring Nicaragua's marine biodiversity in 2010 with its own funding; later partnering with the Ocean Genome Legacy, formerly of New England Biolabs in 2011; and continuing more recently through a NSF PEER grant in 2013-2015. A review of the available literature on Nicaragua' marine and terrestrial biodiversity reveals that Nicaragua is one of the least explored areas in Mesoamerica, while data abounds for Belize, Costa Rica, etc. With climate change affecting populations of flora and fauna, and ocean acidification harming Nicaragua's coral reefs, we feel that time is of the essence if we are to collect and accurately identify the diversity of life in this region. New developments in Nicaragua have made this research imperative and time sensitive.

Nicaragua has abundant natural resources, including the largest and best preserved tracts of tropical rain forests and lowland ecosystems in Central America, most of which is unexplored. Nicaragua's biodiversity is under serious threat from exploitation, deforestation, pollution and other human activities. Habitat destruction across the country is the main cause of biodiversity loss. And now, the building of an inter-oceanic canal represents the greatest threat to the region's biodiversity and ecosystems (and indigenous communities). Our project will identify organisms under threat; and save and share their DNA. On the eve of the 6th great mass extinction, it is our responsibility as our planet's guardians, to protect some of our precious resources for the benefit of future generations.

The goal of this project is to identify and collect DNA from flora and fauna along the planned inter-oceanic canal route through Nicaragua. Although construction has begun, there is still time to discover and protect the rich biodiversity heretofore unexplored.

We anticipate an excess of concerned volunteers and students anxious to participate in the field collections. However, we have limited financial resources and need help funding the biodiversity field collection kits; volunteer recruitment, training & transport to remote zones along the canal route; refreshments for volunteers on collection days; and reagents for DNA analysis. The Center for Molecular Biology will cover all other expenses. We would gladly receive in-kind donations of collection equipment and used GPS night-vision cameras. The kits for field collection along the inter-oceanic canal route will be limited to the most basic items (5 ml centrifuge tubes, tweezers, field notebooks, lanyards, etc.). The night vision GPS tagging cameras will be essential for recording the diurnal and nocturnal presence of wildlife when volunteer collectors are not present. The DNA extracted will be added to our biorepository. All data collected will be shared online open access. 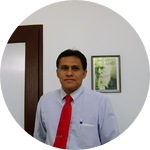 I grew up in Nicaragua during a time of revolution, civil war and a new paradigm for developing countries in Latin America. I benefited from my country's emphasis on access to education and generous scholarships at that time. I received a B.S. and MSc. in the former Soviet Union. My Ph.D. studies were carried out at the USP (Brazil) and UCSF (U.S.) in molecular biology with a post-doctoral fellowship (Pew Latin American Fellows) at UCSF. Because I felt a responsibility to reciprocate for the benefits I received, I returned to Nicaragua to improve the study and employment of science for solving post-war Nicaragua's many problems. I began by establishing the country's first molecular biology research and training laboratory (CBM) at the Universidad Centroamericana (UCA) which I have headed for the past 17 years. I am currently also Senior Vice President of the UCA. To improve the sciences in Nicaragua, I, along with other colleagues, founded the Nicaraguan Association of Science (2006); and the Nicaraguan Academy of Sciences (2009). After 2 terms as president of the Academy (2009-2014) I am currently the Vice President. As a scientist and a Nicaraguan, I am deeply troubled by the impending harm to our biodiversity, ecosystems, and local communities resulting from the proposed inter-oceanic canal. I feel that not enough studies have been done in preparation for the canal and consider it imperative that we begin to collect and provide unrestricted access to this missing data.

Limnologists Warn of Impacts of an Interoceanic Canal Across Lake Nicaragua