Seven years of intense field monitoring and automated recordings, showed us which factors negatively impact the demography and conservation of Townsend´s Shearwater. Light pollution is a major threat. Fortunately, the Mexican Navy is helping us install new lights on Socorro Island to minimize the number of accidental landings and deadly collisions. Also, we will monitor the efficiency of our efforts to save the species in subsequent years .

Townsend´s Shearwater is a critically endangered seabird that only lives in the Revillagigedo Archipelago 210 miles south of Cabo San Lucas. I have worked on Socorro Island over 25 years and studied their breeding biology and demography over 7 years. Our results indicate that Socorro Island is a population stronghold; near summit where dense vegetation provides protection from predators. Our models show the importance of avoiding predation an human caused casualties. Here, we propose 1) to replace street lights on Socorro Island to reduce light attraction and associated deaths due to collisions when birds are blinded and 2) to evaluate the benefits of this change by continuing our long-term and ongoing monitoring in the archipelago, based on direct observations and automated recording.

During my career as a biologist, I have worked with some of the rarest bird species on the world. In 2004, I led the team that found one Cozumel Thrasher, the most endangered Mexican bird. Recently, it has not been recorded recently. I realized that if we do nothing for birds in very low numbers they will vanish forever before our eyes. By taking actions to prevent further non-natural deaths of the Townsend´s Shearwater and measuring how efficient our actions are, we can not only save this species but other species in trouble. If current human induced deaths continue this shearwater will be driven to extinction in a short time. More importantly, the opportunity presented by experiment.com allows individuals around the world to support conservation science to make a difference

1) This budget will support the offer made by the Mexican Navy to change public lights at Socorro Island. Navy will contribute with their Corp of Engineers, storage and transport of materials from the Mainland to the Island, etc. The Mohamed bin Zayed Species Conservation Fund has provided partial funding. One set of lamps is already being installed, with your help we can make Socorro Island more environmentally friendly.

2) This project will reduce the number of deaths associated to light attraction and collision with human made structures. In addition to replacing the lamps we will collaborate with the Mexican Navy to retrieve and save shearwaters landing at their base,

The budget requested complements the financial support received from the Mohamed bin Zayed Species Conservation fund and will be dedicated primarily to buy new public lights for the naval base at Socorro Island. These lights have new standards that minimize light pollution. The Mexican Navy will help us replace these lights. The budget allows a visit to Socorro Island during the peak of the breeding season to continue with our long term monitoring. In the event that donations exceed the funding baseline, those funds will be used to support additional monitoring campaigns. Funds will be managed by partner Non-profit Organizations (NGO´s) in the United States and Mexico. 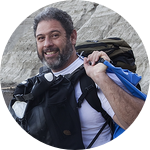 Dr. Juan Martínez and his collaborators have been studying and protecting critically endangered species of the Revillagigedo Islands since 1988. Major conservation steps have been achieved with the Socorro Mockingbird and recently with the repatriation of the Socorro Dove. Dr. Martínez is leading a comprehensive habitat restoration program that will allow the Socorro Dove to return to its ancestral island. Other critically endangered species such as the Socorro Parakeet, the Socorro Dove and Townsend´s Shearwater, the target species of this grant. Our conservation programs are implemented in collaboration with several partners in México, United States and Europe such as Endemicos Insulares, A. C., Island Endemics Foundation, Institute of Biology at Mexico´s National University (UNAM), and all zoos at the Socorro Dove Conservation Program in Europe. We also work closely with Mexican Authorities such as the Ministry of Interior, Ministry of Environmental Resources and the Mexican Navy.

Publications and pictures of my work on the Revillagigedo Archipelago 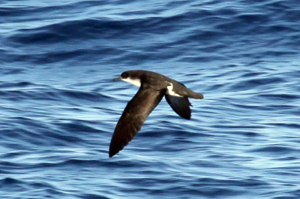 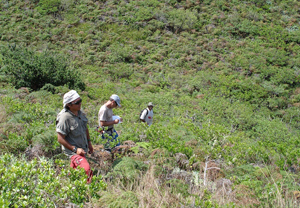 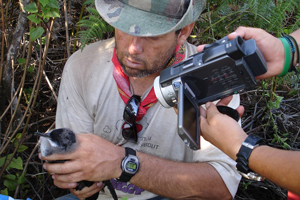 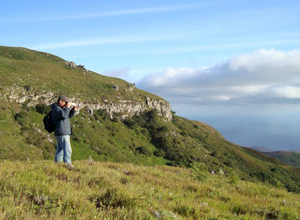