Of an estimated 3.2 million species of fungi, only some 120,000 are known to science. Most of the undescribed species reside in the tropics. In 2014, myself and a fellow mycologist, Roo Vandegrift, collected some 350 samples of fungi from Reserva Los Cedros; one of the last unlogged watersheds on the western slope of the Andes. We are now looking to begin the microscopic and molecular analysis portions of our research, with the goal of publishing on our findings.

Of the conservatively estimated 3.2 million species of fungi on Earth, only some 120,000 have been described (1). The vast majority of the undescribed species are widely considered to reside in the tropics (1)(2)(3). Of those tropical areas, the one which has been subject to the least mycological exploration is the Andean-Amazonian region, where famously biodiverse countries like Bolivia have only some 800 fungal records (4). By comparison, the species of fungi reported from the significantly less diverse the British Isles number around 13,000 (4). There is a comparable disparity in expected diversity and the number of published species in Ecuador (5).

As climate change, resource extraction, corruption and political volatility further threaten already critically endangered habitats across the world, it is incumbent upon biodiversity researchers to document, preserve, and study as much as possible while they can. Reserva Los Cedros — one of the last unlogged watersheds on the western slope of the Andes — was chosen as the collection site for this project, which we visited in 2014. The reserve has since been declared a mining concession by the Ecuadorian government and is slated for destruction. The identification and description of rare or endemic species from the reserve will help demonstrate the value of these habitats and the importance of their conservation.

I will be spending the month of January at the University of Oregon as a visiting researcher. During that time, I will be both recording microscopic features and preparing tissue samples for sequencing at an off-site location. The final combination of microcharacters, ITS sequences, macro photography, and field notes will be sufficient to begin to publish on the mycological diversity of the Los Cedros Reserve as it compares to the rest of Ecuador, the Andes, South America and the world at large. All of our data so far (notes and photographs) have been made freely available at the citizen science website, Mushroom Observer (6)(7), which will be periodically updated with new information as our work progresses.

The most expensive task remaining for our collections is DNA analysis. We have been lucky to find a lab which is willing to provide the necessary services and equipment at cost. The gene region sequenced will be the internal transcribed spacer (ITS), which, while not necessarily phylogenetically informative, is regarded as the "fungal barcode" gene, which is valuable for the purposes of identification and determining species novelty. Any future checklists, monographs, or descriptions of new species we wish to create are dependent upon the presence of at least some level of genetic analysis. Sequencing the ITS region of these 350 collections is the next step down that exciting road. Additionally, DNA extracts will be stored frozen for future work by taxonomic experts on individual groups of fungi.

Now that the project has met its fundraising goal of $4,000, we have added a stretch goal of $1500 to sequence additional gene regions for some especially interesting collections.

Great project that will increase our knowledge of the target organisms manyfold. The researches involved have shown great skill and dedication and will undoubtedly qualify for the job. 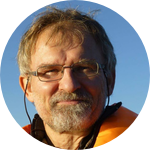 Thomas Læssøe
senior advisor
Natural History Museum of Denmark/Department of Biology, University of Copenhagen, Denmark
DNA sequencing is an important tool for understanding the fungal biodiversity on our planet. Not only will this project provide data from a location whose mycota is poorly known, but since the specimens have already been collected, the project provides an excellent return on investment. Danny and Roo have the field and molecular skills and the specimens needed to make an important contribution to our knowledge of Neotropical fungal diversity. 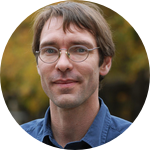 Todd Osmundson
Associate Professor
University of Wisconsin - La Crosse
Danny and Roo are so determined to achieve what they set out to do, i.e., ultimately publishing what they know about fungi from Reserva Los Cedros with descriptions, and photos of macroscopic and microscopic features. These two young scientists are full of enthusiasm and perseverance in collecting fungi and having them accurately identified. Their decision in sequencing the collected fungal specimens is a right move because it will help them verify the identifies for many of them. 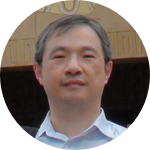 Yu-Ming Ju
Research Fellow/Professor
Institute of Plant and Microbial Biology, Academia Sinica, Taipei, Taiwan
By providing sequence-based knowledge about the fungal communities present in montane neotropical ecosystems, this project helps fill a critical void that has resulted from the north temperate bias of academic mycology. Sequencing these collections will not only be key to helping identify the fungi but also to connecting them with other mycological research being done throughout Latin America and the world. 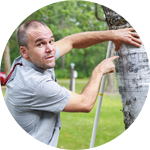 Peter Kennedy
Associate Professor
Department of Plant and Microbial Biology, University of Minnesota
I am delighted that two energetic young mycologists are focusing their efforts on the fungi of a very special habitat. There is no way to deal with biodiversity of the fungi better than combining traditional taxonomy and molecular studies. The fellows have been to a good place, made good collections, and plan to use appropriate methodologies in an appropriate way. Please. consider a donation to underwrite their efforts. 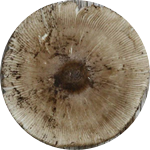 Rod Tulloss
amanitologist
Really good idea for a project, that will increase substancially the knowledge of the tropical macrofungi. 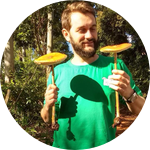 Arrive at the University of Oregon

Depart from University of Oregon 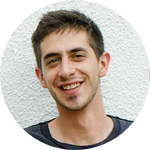 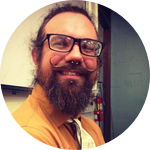 I am independent mycologist specializing in the systematics of Neotropical fungi, particularly those of the Andean and Amazonian rainforests. I have served as a photographer and research assistant to graduate students of San Francisco State University, SUNY College of Environmental Science and Forestry, and the University of Oregon. In 2012, I founded the Sociedad Micologica de Bolivia, which has offered numerous expeditions, workshops and field courses for researchers, students, park guards and the general public. All of my data are made available on the citizen science website, Mushroom Observer, where I am an enthusiastic contributor.

I recently finished my PhD in Dr. Bitty A Roy’s lab at the University of Oregon, with a fair bit of shared advising by Dr. George C Carroll. For most of that, I worked on the ecology of tropical Xylariaceae (as wood decay fungi, and as ubiquitous endophytes). In 2011, I received the NSF Graduate Research Fellowship, and the MSA Graduate Fellowship in 2013, in addition to small awards from the Oregon Mycological Society, Sonoma County Mycological Association, the Cascade Mycological Society, and the Mycological Society of San Francisco. Also in 2013, I participated in NSF’s East Asia and Pacific Summer Institute (EAPSI) program in Taiwan, where he was able to work with the incomparable taxonomist of all things Xylariaceae, Dr. Yu-Ming Ju. Time in his lab was fundamental to my training as a mycologist.

After graduating, I took a postdoctoral researcher position with the Biology and the Built Environment Center, also at the University of Oregon, where I study the fungi found in indoor environments, and their relation to indoor air quality and energy efficiency.