Mesopredetors like stingrays and skates have an important eco-niche in our bays, estuaries and ocean environments. My goal is to tag stingrays and skates, track their movements via re-capture and log their positions using a unique tag number. This project will provide data on the species present in the northern portions of the Gulf of Mexico and determine their migration paths and breeding grounds that will need future protection.

In other parts of the world, such as the UK and Ireland, stingrays are fished commercially. They have also been overfished and restrictions are in place to safeguard the stingray populations. In the states, stingrays and skates are seeing an increased use as a commercial food source as other fisheries are depleted. As it stands, there are no regulations against the over harvesting of what is considered a "junk fish". Stingrays and skates are generally by-catch and the bane of the sport fisherman and shrimping industry. My project would help determine population densities prior to the establishment of a commercial industry so we don't overfish and face the same depletion issues as other countries are already seeing.

This tagging project puts hands and eyes on the species actually present in the Gulf of Mexico. After placing a tag in the specimen, they are released. With recapture and reporting the tag number via the stingray-tagging.com website, we can track the tagged rays. Each GPS location is plotted on Google Earth and we can determine if individuals are moving into brackish waters, following a potential migration or moving to deep water for the winter.

Actual tagging of specimens started in August of 2015. The likelihood of recapture and reporting increase with the more stingrays and skates tagged. 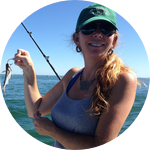 My Mum knew I was going to be a Biologist by the time I was 6yrs old. I would go outside and collect every critter I could find and put them in my pockets. She would then have to skim them off the fill cycle of the washing machine. Unfortunately, worms sank and she learned to clean my pockets out before the clothes went into the laundry. I have since quite putting everything in my pockets but my love of nature hasn't diminished.

I have worked offshore as both an Endangered Species Observer (ESO) and Protected Species Observer for over 15 years. As an ESO, I took the opportunity to rescue stingrays and skates while aboard dredges. It was a project in the Rio Grande River Texas, that piqued my interest in learning more about the population dynamics of stingrays. How far did they travel up rivers? How long did they stay? Did they breed in brackish waters? What contributes to their population fluctuations? Are fisherman keeping them?

I recently started a Natural Resource Management and Sustainability certificate from Harvard University. I feel that I can gain a greater knowledge of what it will take to raise awareness about the integrated role stingrays and skates play in our coastal environments from my continued education.

This is a Atlantic Stingray (Dasyatis sabina) with a tag in the medial radials. This tag location will resist pulling out and will by-pass nicking internal organs. 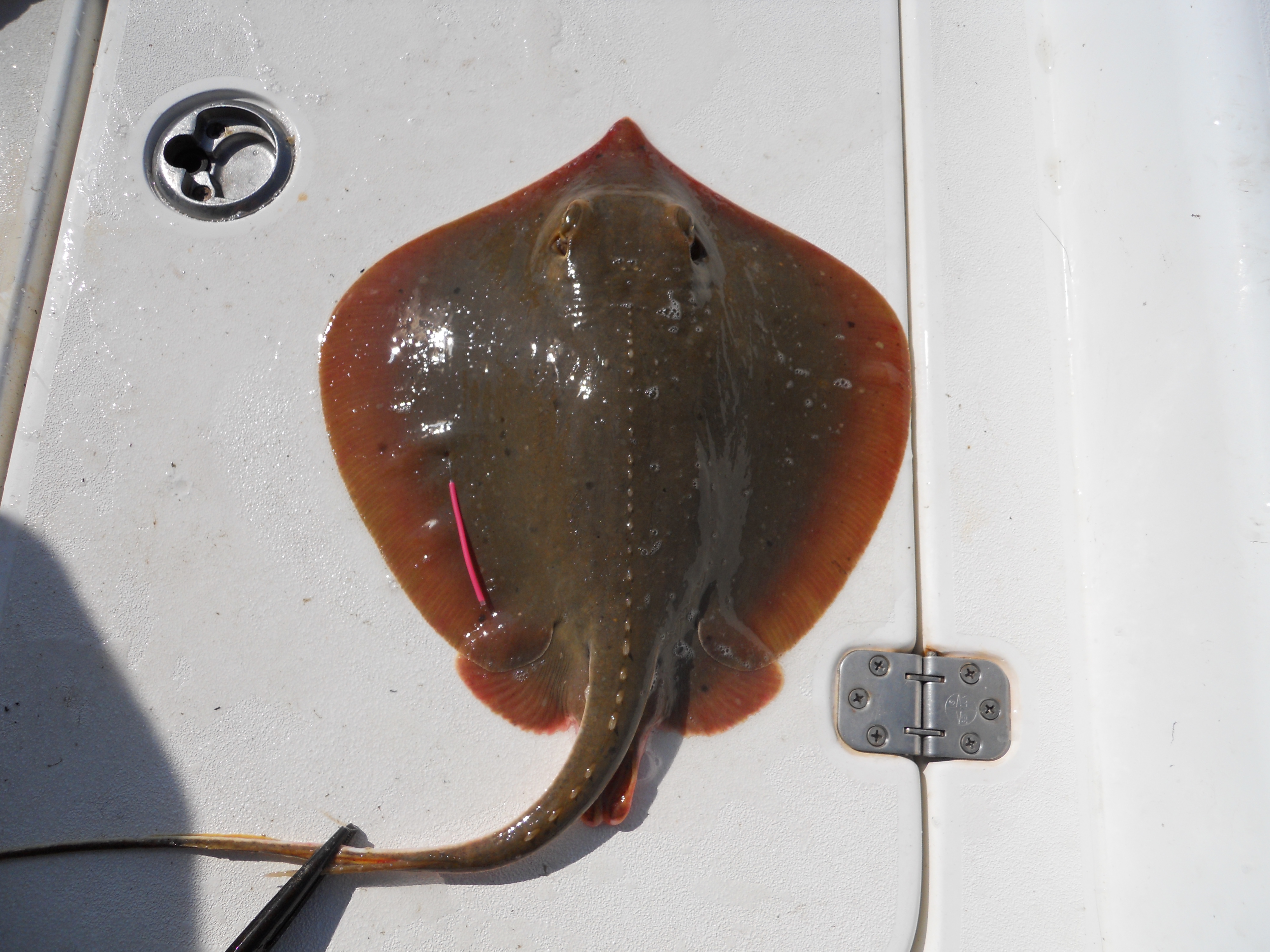 This is an example of a tagged Lesser Electric Ray (Narcina bancrotii). It was tagged in the southern portion of Mobile Bay. I was very excited to actually see one of these elusive and beautiful animals, much less be able to tag one. 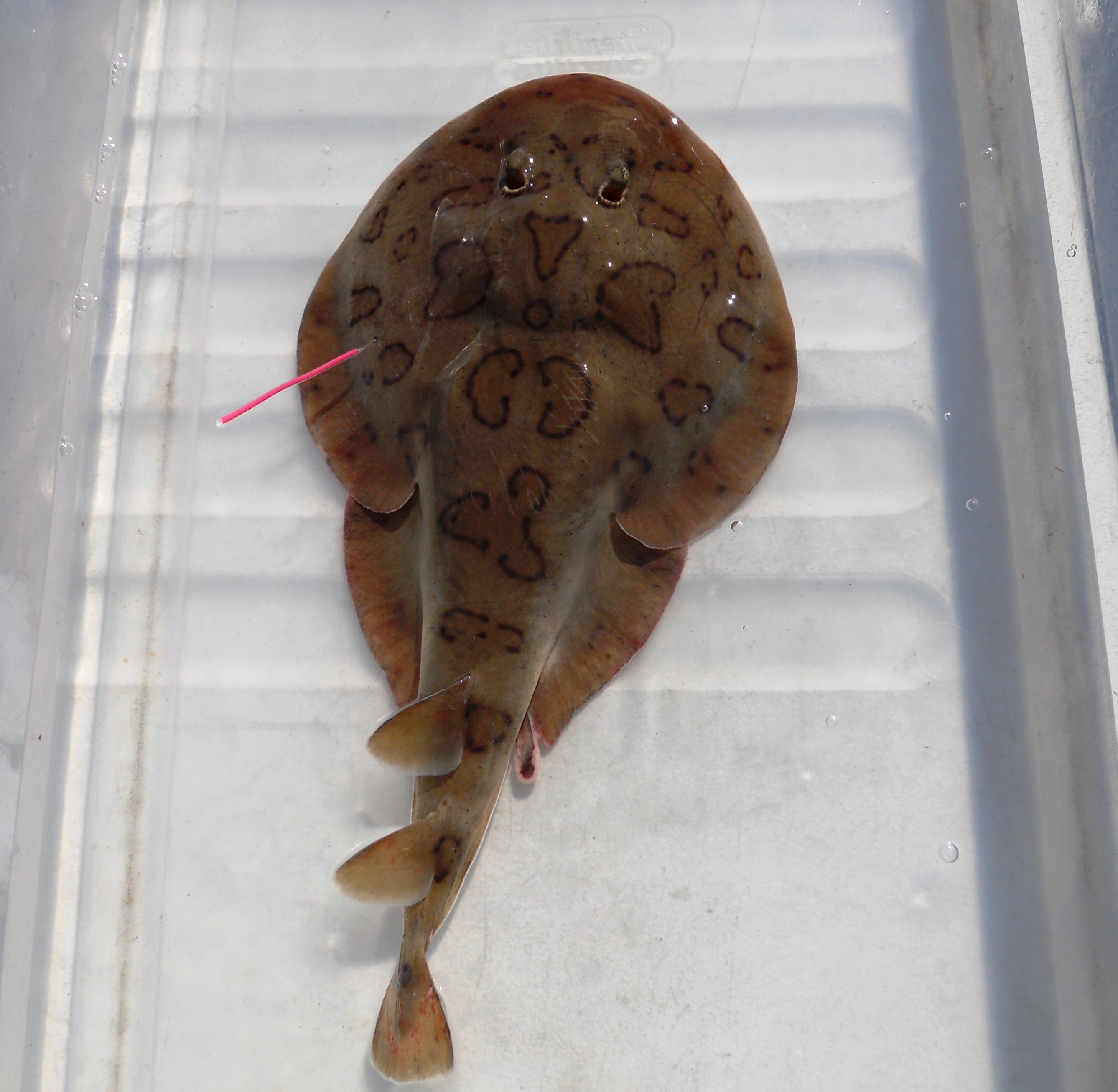