Naturally occurring marble trout have been reared in captivity and stocked to the Soča River since 1995. However, little is known about the interaction between the marble and rainbow trouts in the wild after their release to the river. An international team of scientists in association with the fishing club Idrija will compare farm raised marble and rainbow trout behavior in the Idrijca River using telemetry. Our findings will support marble trout conservation efforts in Slovenia.

The marble trout is endemic to a small part of the Adriatic basin and as such, highly vulnerable to human impacts. Interbreeding with the brown trout, introduced into the Adriatic Catchment at the beginning of the 20th century, led to a decline of the populations in the Soča catchment close to extinction. The first rearing of the marble trout from the Soča can be traced back to 1960s. It was conducted to counterbalance a growing sport fishing pressure as well as to conserve and restore the populations and the genome. Restocking programs, relying on genetically confirmed broodstock, have been implemented since 1995. However, little is known about the survival and interaction of the marble trout with the stocked rainbow trout and thus, about the effectiveness of these programs.

The capacity of fish to adapt to their environment is developed in the early life stages and the consequent low post-release survival rates of hatchery-reared fish have been noted by many scientists. In addition, the rainbow trout is known to be highly aggressive and studies have shown that its presence affects the behavior of naturally occurring and more widely distributed brown trout in Slovenian rivers. However, no research has been performed so far into the competitive interaction between marble and rainbow trout, so recognizing and studying these issues will allow us to suggest adaptations to the re-/stocking programs to raise their effectiveness and ensure long term conservation of marble trout.

We will determine survival rates and behavioral interaction of stocked marble and rainbow trout in the Idrijca river. The study groups will be tagged and a boldness test will be performed to help us understand the habitat and migration preferences of individuals determined later in the study. After the test, both groups of fish will be released into the river pools where the resident trout will be emptied just prior to the release. By tracking the fish for 1 month after the release we will be able to determine the survival rates, the difference in their migration and activity traits as well as identify other behavioral characteristics. Results of this project will be used to streamline the existing re-/stocking programs for marble trout conservation.

This telemetry study will be the first of its kind in Slovenia and through its implementation we will bring new knowledge and experience to Slovenia. We gained support of the best telemetry and behavioral scientists from around Europe to ensure successful and professional implementation of the project (see team bio). Beside the volunteering work that these scientist will provide for the project, they will also lend the telemetry equipment free of charge, so their cooperation is essential for this project. As the host organization we need to cover the travel and accommodation expenses for their visit and for the students performing the monitoring. We will also need holding tanks for boldness test prior to their release to the river and finally, while the expensive antennas will be provided by the visiting scientist we need to provide the fish pit tags – small transmitters that we put in the fish so that we can identify individual fish. We need these materials to conduct our project.

We know very little about the biology and behavior of marble trout and the new insights gained with this exciting project will help support conservation of marble trout. I have known Dr. Polona Pengal since she was a grad student and watched her evolve into a great scientist. She managed to bring world-class telemetry experts to Slovenia for this project, which is already an endorsement on its own. 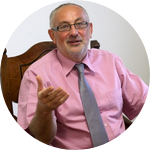 Mihael J TOMAN, PhD
Professor
University of Ljubljana, Biotechnical faculty
Previous studies of endangered marble trout have focused mainly on hybridization as a threat factor to the species, while Polona and Blaž focus on rainbow trout, an important game fish that is intensively stocked in Idrijca. Little is known about the interactions of these two species. This project imaginative, supported by recognized telemetry expert and will be performed by two enthusiastic, highly capable scientists Polona and Blaž. I deeply respect them, and wish them a lot of success. 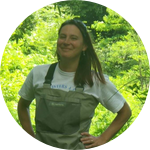 The project will start in mid August by arrival of the first visiting scientists who will be performing the boldness test. The second week will be dedicated to instructing the Slovenian scientists and students on how to track the fish by the telemetry scientists. This week will end with tagging and releasing the test fish into the wild. Recovery tracking will be performed for 5 days after release and movement tracking for the following 25 days. The project will end by the end of September.

Results published in a scientific journal. 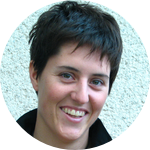 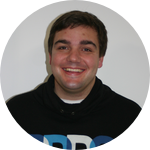 Finn Oekland and Eva Thorstad have been working as telemetry experts at NINA for over 25 years and their team has received a number of international awards for their work. Johan Hojesjo is a Professor at University of Gothenburg in Sweden, studying behavioural variation among salmonids and the effects of habitat uses. Meelis Tambets is a co-founder of the Wildlife Estonia and has been involved with a number of projects related to protection and sustainable use of aquatic species in Estonia.

I guess I was destined to become an aquatic scientist, since my father was a great sport fishermen and our whole family spent every summer at the sea, camping, diving, hiking...

So, it was clear I would study biology and I finished my degrees at the Biotechnical Faculty of Ljubljana, where I was also an active member of the Biology Students' Society, participating and later leading the Diving Section at field trips and research camps.

I also took every opportunity to expend my knowledge abroad and so I attended the summer School of Conservation Biology in Croatia and I worked as a volunteer, monitoring coral reef at a Mexican research station for 3 months.

After my graduation, I started working at the Fisheries Research Institute of Ljubljana, working in the freshwater and later in the marine department. I was conducting electrofishing and gill-net sampling for the purpose of monitoring and research, attending marine expeditions for sole in the Adriatic, working on stock assessments of small pelagic fish, attending international coordination and fisheries management meetings. I also successfully applied for and led a project, studying marine fish farming effects on wild populations. This was also the topic of my doctoral thesis which I successfully defended by the end of 2013.

In November 2015 I joined forces with Blaž Cokan and we established a non-profit NGO - REVIVO, Institute for ichthyological and ecological research to work on aquatic research and conservation. Our vision is a world where people would respect and live in harmony with aquatic environments, enjoying their services sustainably, where rivers would run free and fish and other wildlife would thrive.

Graduated geographer and a cofounder of Institute REVIVO. For 9 years he was gaining experience at the Fisheries Research Institute of Slovenia. From 2006 to 2013 he worked there as a student and in 2013 he established his own company and worked for additional 2 years as a subcontactor at the same Institute. There, he was involved in regular public service of the Institute as well as the research projects which included monitoring fish populations, fish inventorying and researching anthropogenic environmental impacts. As the ESRI ArcGIS expert he was also providing support to all projects requiring geographical information systems input.

Passionate sailor and fisherman in his free time, he spends every vacation at the sea or fly-fishing. He is also a great cook that would give his hand off for a plate of fresh Adriatic squid or fish.

Planning & organizing
YOU can name our fish