Tanzania is the primary remaining stronghold of lions, however the numbers are declining precipitously. There are many causes, but the lion-killing by locals plays an important part. We’ve organized a campaign to empower local sentiment against illegal lion killing and enhance environmental practices on the national park boundaries. We now need to test the effectiveness of this campaign and determine where and how expand its operations.

In Africa many communities raise livestock next to protected areas where lions roam. Conflicts are rife. Lions catch cattle, and sometimes people. Locals kill lion for protection, or to avenge loss. Lion-killers, on performing their “lion dance”, are richly rewarded with gifts. Our research in Mpimbwe shows:

In 2011 we started the campaign WASIMA (People, Lions & Environment) to halt illegal lion killing. WASIMA builds on local sentiment to institute village by-laws that forbid illegal lion hunting and the rewarding of such hunters.

Conservation interventions need constant evaluation and monitoring, both to determine whether the desired outcomes are being reached, and to identify potential for expansion and/or redesign. Our campaign has now been conducted in four villages and is being extended to 6 more. We now aim to determine the effectiveness of WASIMA, and to identify where and how it should be extended beyond Mpimbwe. Given that the majority of protected areas with lion populations in Tanzania are surrounded by Sukuma or other ethnic groups with lion killing/dancing traditions, this knowledge is key to a successful national lion conservation strategy.

WASIMA is now active in 10 villages, and we have two questions.

Our ultimate objectives are to make recommendations to international NGOs working on broader conservation programs in Tanzania as to the best strategy for protecting lions in Tanzania, and to expand WASIMA model nationally.

The project is primarily funded by National Geographic’s Big Cat Initiative (BCI). We are asking Experiment backers to cover additional costs to monitor the effectiveness of our efforts to stop lion killing and to determine where and how to expand operations.

Our primary need is transport. We need a small vehicle to reach remote communities and transport the generator and other equipment for seminars and film screenings. These free open-air night-time village events greatly facilitate sensitivity to the goals of the WASIMA campaign. Currently the only vehicle available to the WASIMA is a motor cycle. Transporting equipment is cumbersome, and attempting to source local working generators and projectors is time-consuming and unreliable. With the upcoming rainy busy agricultural season (starting November), night-time events take precedence over day-time events, purchase of a high-clearance small fuel-efficient vehicle is essential to continue project implementation and monitoring.

We need one 4 wheel high-clearance small fuel efficient vehicle available in Dar es Salaam or Arusha at approximately $5000, with registration and insurance included. 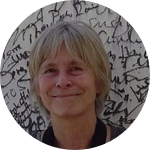 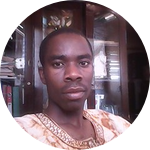 Jonathan Kwiyega replaced Bwasama as Project Manager in April 2015. He holds a Masters degree in Science of Management of Natural resources and Sustainable Agriculture, Sokoine University of Agriculture and has worked as a field officer on a variety of natural resource projects in Tanzania. He is a teacher, gifted speaker and author of How to Glow Your Genius and Develop Your Talent

Monique is UC Davis Professor of Anthropology with over 17 years' experience working in Mpimbwe, western Tanzania. She specializes in quantitative demographic and economic analyses, and has edited a book on the (mis)adventures of doing science in remote places.

Tim Caro is UC Davis Professor of Wildlife Conservation and Fish Biology. He works on predator and antipredator behavior, biodiversity assessments, and conservation, and has a very long research record in Tanzania. He is currently investigating the evolutionary enigma of why zebras are black and white.

Monique Borgerhoff Mulder is UC Davis Professor of Anthropology with over 17 years' experience working in Mpimbwe, western Tanzania. She specializes in quantitative demographic and economic analyses, and has edited a book "I've been Gone Far Too Long" on the (typically mis)adventures of doing science in remote places.

Jonathan Kwiyega is now the LCMO director since 2018 and has led the WASIMA campaign as the Project Manager since April 2015. He holds a Masters degree in Science of Management of Natural Resources and Sustainable Agriculture, Sokoine University of Agriculture (Tanzania) and has broad natural resource management experience. He is a teacher, gifted speaker and author of How to Glow Your Genius and Develop Your Talent. Jonathan is also a National Geographic Explorer.

28 Lab Notes Posted
WASIMA establishes a lion conservation Strategy to...
Jonathan appeared in an NGS video, reporting on the...
They are delighted because of the car support you gave!...

a Tanzanian lion dancer does the lion dance, which captures the adventures of the lion killer. (Adi Swami/photo) 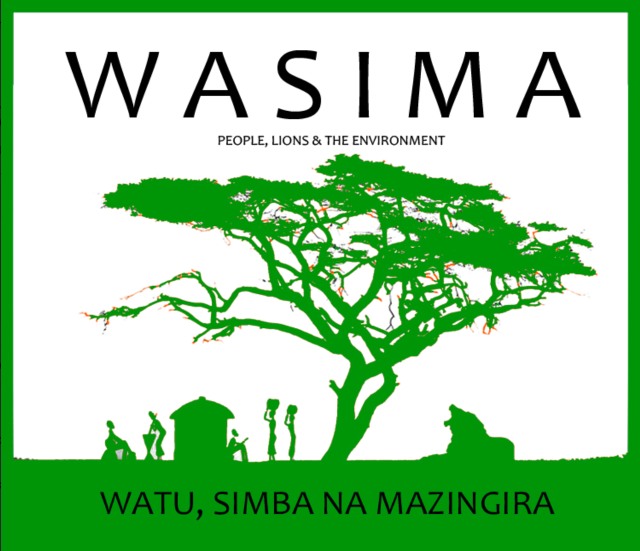