Phytophthora infestans is the causal agent of late blight disease, which affects potato and tomato crops worldwide, causing significant economic losses in the production of these crops. The [PITG_06016] (PiGlcK-1) gene encodes one of the 7 glucokinases (Glck) of this phytopathogen, of which PiGlcK-1 has the highest expression in the different stages of its growth. At present there are no structural studies of any enzyme of this phytopathogen and the determination of the three-dimensional (3D) structure of PiGlcK-1 could contribute to the deduction of its functions, its interaction with ligands and possible regulatory mechanisms. Here we present the first model of the 3D structure of PiGlcK-1 obtained using in silico tools. For the prediction of this model, different homology modeling servers and a qualitative evaluation were used to find the best temper, its refinement and topology. The best predicted model was obtained by Phyre2, which indicated that the monomeric structure was composed of two domains, a small one formed by 4 α-helices and 7 β-sheets, which contain the ATP-binding residues and a large domain formed by 10 α-helices and 6 β-sheets containing glucose-binding residues, both domains are joined by a hinge. Similarly, by means of molecular docking, it was possible to reveal the sites that involved possible regulatory regions that could be considered as promising targets for the design of inhibitors of their enzymatic activity.

Phytophthora infestans is the causal agent of late blight disease, which affects potato and tomato crops, causing significant economic losses in the production of these crops worldwide. Glucokinase 1 from P. infestans (PiGlcK-1) is a key enzyme in the metabolism of this phytopathogen. In this project we propose to make a structural characterization of PiGlck-1, which could contribute to the design of inhibitors for this enzyme that help to combat this disease.

Previously, we have found that PiGlck-1, one of the 7 glucokinases present in P. infestans, can phosphorylate both glucose and fructose, using ATP, ADP or PPi as phosphoryl group donors, attributing to this enzyme an important role during the establishment of infection.

For this reason, we believe that a sturctural characterization of this enzyme will provide information on the potential sites on which to design inhibitors of the late blight pathogen.

Late blight is a oomycota disease that is feared by farmers and industries. It rapidly and completely destroys potato and tomato crops during the growing season, and even during storage.

Late blight is one of the most devastating diseases in the world, attacking potato tubers and tomato fruit. Many of the strategies to control this disease continue to be based on the indiscriminate use of fungicides, but these generate environmental pollution, health risks and increase in production costs.

A potential target of attack to combat this disease could be focused on key enzymes of the metabolism of P. infestans. PiGlck-1 it has a significant degree of expression in the forms responsible for establishing infection in plants. Therefore, a more detailed study on this enzyme would contribute to the design of strategies to prevent greater economic losses in the production of these crop, prevent the use of fertilizers harmful to the environment and people's health.

The objectives set by our team consist of modeling and refining the three-dimensional structure of PiGlck-1 by homology, using different servers that allow obtaining the best tempering. Subsequently, we wish to know through molecular docking the binding sites for glucose, fructose, ATP, ADP and PPi ligands. Likewise, we propose to publish the results obtained through this project, in an international open access journal, in order to contribute to the advancement towards knowledge within the metabolism of P. infestans for the design of the most effective strategy against this threat.

This work is 80% completed, structural models of the protein are currently being carried out, lacking the determination of the ligand binding sites. The funds raised will be used to finalize the computational analysis of the modeling, as well as the writing and submission for the publication of the results in an Open Access journal.

This project is very interesting, relevant and achievable. The researchers involved know what they need and are fully trained to do it. The work also represents a necessary contribution with repercussions in phytopathology and food safety, of great relevance for Venezuela and the world at this time. 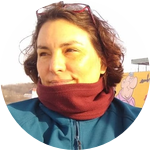 This work began at the end of last year, having completed the structural studies in January 2021. We hope to carry out an analysis of the results obtained by May of this year and to draft the manuscript for submission to an open access journal in June of 2021.

Start of the project

Drafting the manuscript and sending it to the journal 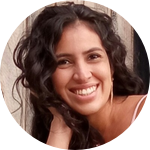 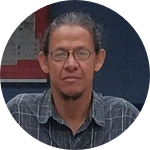 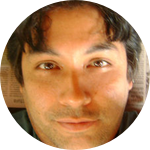 The Scientific Calculation Center of the University of Los Andes is a multidisciplinary research group that develops its line in the study of human and plant pathogens, mainly Trypanosomatides, Apicomplexa and Oomycetes. This
center develops lines of research such as biochemistry, population genetics and computational biology, all of them applied to these pathogens

I am a biologist, graduated from the Faculty of Sciences of the University of Los Andes, Venezuela. My line of research since 2017, it has been developed especially in the area of Biochemistry, specifically in the study of the metabolism of Phytophtora infestans, characterization and enzymatic kinetics as well as the overexpression and purification of recombinant glucokinases of this model.

I am currently researching, independently, from the area of computational biology using P. infestans and other pathogens as a study model. My main interest is to study its pathogenicity mechanisms, as well as to structurally characterize some of the key enzymes involved in the host-pathogen interaction that are potential targets of attack in the design of future strategies aimed at the control of diseases of economic interest.

7 Lab Notes Posted
Final note
Great News!!
We already have results! Hello everyone! we are...