Rats create public health issues in cities around the world because they carry diseases shared with people such as leptospirosis and plague. Rodent control may reduce the risk of disease by removing rats, but some methods like rodenticides might make rats more susceptible to disease. We have been studying the abundance and health of rats in Chicago and now aim to test whether rats exposed to rodenticides are more likely to carry disease.

We are studying rats in neighborhoods across Chicago, the city with the most rat complaints in the United States. We have shown that public complaints about rats indicate where rodent control is most needed and that uncontained garbage promotes problems with rats. Our previous work supports common-sense approaches to rat management, but we do not know how rodent control impacts risk of disease from rats.

Rat-associated diseases cause serious illness in cities around the world. For example, a leptospirosis outbreak caused mortality and hospitalization in New York City in 2017. Rodent control programs are crucial for reducing risks from urban rats, but it is important to understand their effects on rat ecology to make them as effective and efficient as possible.

Our results will help us understand any negative effects from rodenticide baiting to refine these methods. For example, if poisoned rats are more likely to carry infectious diseases shared with people, our results would support management plans that minimize the use of rodenticides during disease outbreaks or in areas with higher disease risk.

Our main goal is to reduce health risks from urban rats by testing whether rats with higher exposure to rodenticides are more likely to carry harmful bacteria. Based on our previous work, we will need to test at least 80 rats to evaluate variation in infection across neighborhoods.

We will collect biological samples from 80 rats trapped as part of pest management operations and test them for rodenticides, leptospirosis, and bacteria such as Salmonella and Escherichia coli.

Funds for shipping will cover the shipping of frozen liver samples to the diagnostic lab.

*If we raise more than our target value, we will be able to test additional rats and cover more neighborhoods.

The importance of studying rats in urban environments cannot be overstated. Dr. Murray at al.’s study is laying the ground work to understand how rodent control influences the spread of diseases across urban rats. This topic should be of strong interest to everyone living in large cities and who is exposed to these rodents in everyday life. Their research will help to guide and improve rodent control, an urgent need in an ever-growing urbanized world. I’m excited to learn about her results of this interesting project. 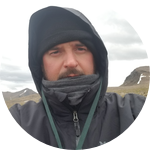 Felix Grewe
Genome Analyst
The Field Museum
Chicago has been coined the rat capital of the US! The effects that these rodents have on disease, infrastructure, and the Chicago citizenry is still poorly understood. I enthusiastically endorse this team led by Dr. Maureen Murray whom are highly qualified to address these questions and successfully improve our understanding that rats have in the Chicagoland region and other major urban area worldwide. 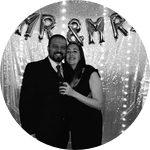 We have received rats from across Chicago which are currently in frozen storage. We will finish collecting liver samples by April 2019 and livers will be analyzed for rodenticide concentrations by July 2019. Once we receive this data on rodenticide exposure, we will use statistical tests to determine whether exposure to rodenticides is associated with E. coli infection. 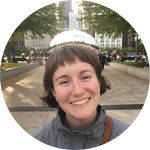 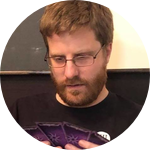 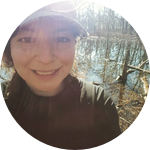 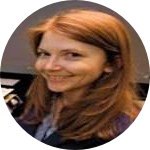 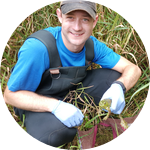 We study the health and stress of urban wildlife at the Davee Center for Epidemiology and Endocrinology and the Urban Wildlife Institute at Lincoln Park Zoo. Our research projects include many species of urban mammals, birds, reptiles, and amphibians in the field and in the lab. We started studying rats in February 2018 to better understand why Chicago has so many problems with rats and if some urban communities are more vulnerable to diseases from living with rats than others.

I have always been interested in animal behavior, which led me to wonder how animals adapt to living in cities. An important aspect of studying urban wildlife is their health, because urban living might negatively impact wildlife health and many species carry diseases shared with people. I study the health of urban wildlife in Chicago at the Lincoln Park Zoo. I currently focus on urban mammals and birds have am leading projects on coyote parasites, Canada goose migration and health, and urban rat ecology and infection risk.

At the zoo, the staff call me Dr. Poop because most of the samples that we collect and use are fecal samples from several different species from black rhinos to Wyoming toads. We use these samples to noninvasively study wildlife stress and reproductive physiology. For this project we will use rat hair to measure stress and determine how the environment is impacting rat health and susceptibility to diseases.