The American Lung Association estimates that 32 million Americans are affected by lung diseases, many of which are still not fully understood. Hyperpolarized xenon (HP Xe) MRI lung imaging is emerging as an important tool to better understand lung disease and develop treatments. However, the potency of HP Xe is up to three times less than its theoretical potential, which has hampered economical application. We’ve developed a computational model to identify inefficiencies in the process.

HP Xe gas is a powerful tool that is emerging as an important contrast agent for lung MRI. Due to the low tissue density, lung MRIs do not produce sufficient signal to resolve any structure. However, if a patient breathes in HP Xe before the scan, high resolution images of the lungs become relatively easy to produce. Researchers have used this gas to begin to better understand a number of lung diseases.

Recently, Freeman et al. (2014) determined that HP Xe production efficiency was 2-3 times less efficient than widely-used plug-flow models predicted. The reasons for these deficiencies is not yet known.

This project has two goals. The first is to validate a new, open-source FEM model for the production of HP Xe that includes all known fluid and thermodynamics, and also models diffusion of important intermediate species.

Two different geometries will be simulated under four common conditions. The results of these simulations will be compared to the efficiencies measured by Freeman et al. It is hypothesized that the model will accurately predict the deficiencies observed by Freeman.

The second goal is to investigate the causes of current inefficiencies in HP Xe production. In particular, it is hypothesized that convection currents in the reaction cell are more favorable when the cell is oriented vertically rather than horizontally.

The primary work will be accomplished using Amazon's Cloud Computing platform. The simulations will be run using parallel instances of Amazon's EC2 r4.large. Total compute time is expected to be no more than 15,360 hrs of run time at ~$0.13/hr. All compute time will be fully utilized. Primary and secondary objective are outlined elsewhere. Amazon's space fees are computed for 1Tb for 2 mo. Information will be removed from the cloud as soon as possible, so space fees are not expected to be more than this.

Experiment.com needs to pay their costs for hosting this proposal. Platform and estimated payment fee are shown.

I strongly endorse this project, as it will address directly the ability to reliably generate hyperpolarized xenon gas in the quantities necessary for one of its most important applications, MRI of the lung. Dr. Shrank is tackling one of the thorniest yet most important problems connected with the spin-exchange optical pumping process. It is also a fascinating problem in non-linear (perhaps even chaotic) fluid dynamics that requires intensive computer-modeling time and expertise. 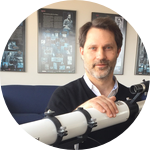 If funded, the total run time on the Amazon Cloud Computing platform is ~15,400 hrs. The initial simulations will take ~1-4 wks. to run, if run concurrently. Data reduction may take up to a month. The second set of simulations will be started no more than one month after initial data reduction and will require ~1-4 wks. to run. Data reduction will, again, require up to a month. Finally, the publication will require up to two months to write.

Submit Pre-Prints to Researchgate/arXiv and PRA for publication 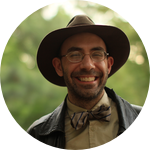 I became involved in the production of Hyperpolarized Xenon gas during my graduate research at the University of Utah. I developed a Xenon Polarizer for Pacific Northwest National Lab. During that time, I also developed a simple, Laminar flow model of the polarizer production environment using Maple mathematics language.

After receiving my doctorate from the University of Utah, I worked as a post-doctoral research associate at Pacific Northwestern National Lab. There, I developed a new device that allowed HP Xe to be dissolved into high temperature fluids.

Most recently, I was an associate in research at Duke University Medical Center where I began work on a 3D simulation of HP Xe gas production. The motivation for development of the simulation came from an attempt to explain the poor efficiencies obtain by current generation xenon polarizers. I also supported multiple small animal and clinical MRI lung studies using hyperpolarized xenon.

Additional professional information can be found on LinkedIn or my personal website.

The code for the new model can be found here on Github.

The banner video show the HP Xe concentration (polarization) as the xenon gas passes through the reaction cell. The conditions are the same as in Figure 1. The sudden transition in the HP Xe polarization is associated with changes in the flow pattern of the cell brought about by changing convection currents.

Figure 1: A visualization of the time-dependent solution of an HP Xe production cell in a horizontal orientation. The left frame shows the production cell geometry. The flow lines indicate the calculated path of xenon as it flows-through the reaction cell. The color of the flow lines indicates the temperature of the gas in a particular region. The color of the geometry in the background indicates the density of an alkali intermediate species in the process (see Methods-Summary for more background information). The graph on the right indicates the changing variables as the simulations progresses. Both the percent laser power absorbed (red line) and the output polarization of the xenon (brown line) increase as the simulation progresses. The volume-averaged alkali intermediate polarization (blue line) decreases as a function of time.
Figure 2: A particle flow visualization of gas moving through the reaction cell. The flow lines used were taken from the last frame of simulation visualized in Figure 1.

Figure 4: A visualization like Figure 2. The flow lines used to animate the particles were taken from the last frame of the visualization shown in Figure 3.