Doping is the use of banned athletic performance-enhancing drugs. It is prohibited by the International Olympic Committee (IOC). In Sochi and Rio Olympics, Russian athletes doped concerted by the doctors, and Ministry of Sports. We will collect data on doping from cases in the Court of Arbitration for Sport, Federal Supreme Court of Switzerland, ECHR, ECJ, and IOC decisions. We will use this data and the Markov chain to predict the probability in the next Olympics.

Doping is the use of an expedient which is potentially harmful to athletes’ health and/or capable of enhancing their performance; or the presence in the athlete’s body of a Prohibited Substance or evidence of the use thereof or evidence of the use of a Prohibited Method. Anti-Doping Rule Violations indicates Russian athletes are the most likely to dope. In the cases of CAS, the systemic doping by the Russian government occurred in Sochi Olympics 2014, and Rio Olympics 2016. Biological passport is defined in the WADC, and whereabouts is managed by authorities in national and international level for doping control. The Russian government misuse the information for crime. IOC banned Russia for systemic manipulation of anti-doping system in Pyeongchang 2018.

WADA views doping as a crime beyond the reasonable doubt, based on the “presence.” (WADA Article 2.1) However, the athletes have burden of proof that it has gone though their bodies. IOC decided sanction on dozens of Russian athletes in Sochi Olympics for violation of anti-doping code; one of the athletes, Alexander Legkov insisted "clean." No Russian athletes appealed to Federal Supreme Court of Switzerland. However, Russia Deputy Prime Minister Vitaly Mutko will appeal to ban him from the Games over the state-sponsored doping. A whistle-blower, Yuliya Stepanova, and the inventor of the undetected substances, Gregory Rodchenkov, fled to the U.S. to disclose the scandal. The project helps the Russian athletes and collaborators to resist systemic doping.

Hypothesis is that state sponsorship on doping in Russia is random walk, not recidivism. Doping control of the RUSADA is manipulative, departing from testing of the IOC. The gap increases the probability of the systemic doping. Probability can be computed among vast cases of doping in Russia, and other countries; on blood, or urine manipulations. Data of the athletes who have been detected based on biological passport and whereabouts tracking are significant. Based on stochastic analysis, Markov chain computes the probability in the coming Olympics. The results will be posted in Twitter, Experiment Facebook, RUSADA contacts, and published to the journal in Sport Law.

The project can be completed in one month. Assess to the database, such as Google Scholar, Westlaw, or HeinOnline, is important to get resources for research. Google Scholar and Westlaw are available for me for free until February 2018. Food and transportation are required to continue the research. The researcher is unemployed and has terminated the part-time job to teach at the university on December 2017. IMF shows GDP per Purchasing Power per capita in South Korea is about 46,449 USD. Starbucks coffee costs about $4 to $7. A bottle of water (16.9 oz) costs about $0.5 to $1. Taking a subway one way costs about $1. The cheapest library where I can open the laptop costs about $45 a month. Express O requires the higher amount of fees for users without institutions than users with institutions. Endnote costs $249.95. Doping in Sport and the Law costs $95.69 in Amazon.com. This budget is enough to handle the necessary expenditures for research.

I am pleased to commend Ashley Song's Research Project on Doping in Russia. It is not only timely, with the recent publication of the McLaren Report, but also addresses an important issue, namely, the alleged State Sponsorship of the doping of Russian athletes; and will provide a welcome contribution to the literature on identifying and fighting doping in sport in its many forms. The outcome of this Research will also be useful for the World Anti-Doping Authority and also the International Olympic Committee in their continuing fight against doping in sport, a practice which not only undermines its integrity but also its ethos and values. 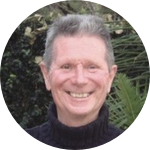 Ian Blackshaw
Professor
Member of the Court of Arbitration for Sport and the Doping Hearing Panel of the International Bobsleigh and Skeleton Federation
I am very interested in Ashley Song's Research Project on Doping in Russia. It is both timely, and it addresses the important issue of the doping of Russian athletes. I expect it to be a significant contribution to the literature on sports doping, and it should be useful to the International Olympic Committee. It may also have applications that extend to NCAA and professional sports in the USA. 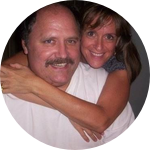 Ronald J. Rychlak
Jamie L. Whitten Chair of Law and Government and Faculty Athletics Representative
University of Mississippi
Ashley is an enthusiastic and accomplished researcher in the areas of international law and economics. Her proposal to use the Markov Chain to predict if Russian athletes are doping is creative and unprecedented. The results of this research will assist WADA and the IOC, along with other national and international sport governing bodies, to predict and ultimately deter doping in sport. The importance of Ashley’s proposal cannot be overstated if we are to maintain the integrity of sport competition as we know it, now and in the future. 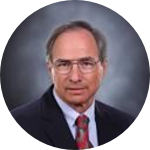 Initiation of the campaign January 5th

Summary of the cases, data collection and revision January 12th

Cases in the ECHR, and ECJ summary January 31st

Submit the manuscript at the Journals December 5th 2018

Initiation of the campaign

Summary of the cases, data collection and revision

Calculation of the transitional probability (1)

Cases in the ECHR, and ECJ summary

Submit the manuscript at the Journals 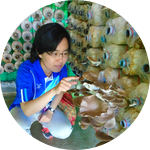 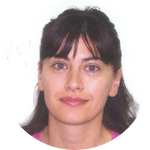 Team is distinctive as Ashley and Sara both are from non-U.S. countries who have been extensively established their expertise in the U.S. They can bring their views based on their backgrounds but also from the U.S. scholarship. Ashley met Sara when she submitted her manuscript at the The Journal of Sport Sciences and Law. Sara edits manuscripts in law section. Sara is interested in the involvement of ECHR in Sport law. Ashley collects data and summarizes the cases.

I have a M.A. in Law and Economics from University of Pennsylvania, University of Hamburg, and University of Bologna, and I love investigation. I'm conducting this research for scholarly publication. I have spent ten years in researching social issues in the view of economics that have impacted the world. I believe that this is one of the most critical unknowns in sportive justice today, and has widespread implications for the management decisions of the IOC. Previously, I researched about emergency of the state in Bilateral Investment Treaties at Max Planck Institute for Comparative and International Private Law. I have participated in a variety of the international conferences in different countries; and love nomadic life. I was a teacher of Economics and Business at Silkroad Cambridge International School, Bishkek, Republic of Kyrgyzstan, and Native English teacher at the Governmental School in Thailand, and Part-time Lecturer in Law and Economics at Foreign Studies University in South Korea. I had recitals at Ford Center at the University of Mississippi.

I have JD in Children's rights at Enna Kore University in 2011-2016, Post doc Fellow at Yale University in 2010-2013, LL.M. in International Law and Legal Studies at University of Minnesota Law School in 2009-2010, and Ph.D in Law at University of Palermo, Italy in 2006-2009. I was a supervisor for the sports and the law section of the law journal directed by Prof. P. Cendon. I wrote on specific aspects related to sports law, of national and international interest in 2012-2016. The project would contribute to the justice of the international sport events.

3 Lab Notes Posted
Cases in the European Court of Human Rights (ECHR) and...
Markov Chain
Cases in the Court of Arbitration for Sports