Climate change threatens biodiversity around the world. I propose to travel to Australia to finalize an ongoing research project aimed at investigating the impacts of climate change on ant biodiversity in the Northern Territory. I plan to spend two months at CSIRO collaborating with local entomologists, ecologists and climate modelers to predict how ant species distributions and communities will change in the next 100 years.

My research focuses on understanding the impacts of climate change on biodiversity. Often my work involves using ants as biological indicators of environmental change. Over the past four years I have worked with the ants of the eastern United States to better understand the roles of ants in forested ecosystems and how these roles might change as climate change impacts the region. Ants are great study organisms because they play important roles in ecosystems, like moving soils and decomposing organic material, this is why E.O Wilson, has called ants “the little things that run the world.”

In 2012 I was awarded a Fulbright fellowship to travel to northern Australia for one year to address a similar research question. How will climate change impact ant biodiversity along a rainfall gradient in a tropical savannah ecosystem? During this year, our research team collected close to 50,000 specimens, many are species which are still unknown to science and have not been formally described! Australia has an immense biodiversity of ants, and we believe that we can use ants to track how animal biodiversity in this unique part of the world will respond to future climatic changes!

I would like to gather enough funds to return to Australia
this summer to wrap up this work in progress. I will return to the CSIRO tropical ecosystems research Centre in Darwin for two months to work hand in hand with Australia’s ant guru, Dr. Alan Andersen. Together, we will use the CSIRO supercomputers and the massive collection of ants in the CSIRO museum, to analyze the data which we collected and develop computer models which will allow us to predict how species ranges and community assembly will change as climate change impacts Australian ecosystems. We are especially interested in seeing how climate change impacts regions of northern Australia that are known to have large numbers of endemic species (these are species that don’t occur anywhere else in the world). Some of our preliminary analyses are very concerning and show that highly biodiverse areas like the Kimberly might lose some of its endemic species as the climate changes.

Our research will have important conservation implications for the little things that run the world and will help us better understand how animal biodiversity patterns will change in Australia’s regions of high endemism. Because ants are great biological indicators, the findings of this research project will have implications for managing much of Australia's unique biodiversity that is threatened by climate change.

Additionally, we hope to use these funds to publish our results in open-access peer reviewed journals so that you and anyone with an internet connection in the world can have easy access to our findings and conclusions.

Australia's northern and central ecosystems are threatened by climate change. If this threat is not studied now, then many of the unique species in this part of the world may face extinction in future climates. Help me better understand how climate change impacts the biodiversity of Australia, please contribute to my project today.

The work completed with the funding from this experiment.com will result in two open-access peer-reviewed publications:

The first will have major conservation implications for mitigating the impacts of climatic change on animal biodiversity in areas with high endemism. This paper will have a strong focus on the predicted range shifts of species in the various ecosystems of the Northern Territory. From this paper we will also propose different conservation and management strategies for species who might face extinction under future climatic conditions.

The second publication will use the data collected to develop novel community assembly modeling approaches. This will improve our ability to complete larger biodiversity surveys by integrating biogeographic modelling with real-world collection data. In this paper we will focus more on improving the mathematical and computational aspects of our research but it will ultimatley have far-reaching implications for biodiversity monitoring and conservation.

If my goal is met and additional funds are available, I would like to use some of the money to present my research the International Union for the Study of Social Insects meeting in Cairns Australia. This will be a great opportunity for me to network with other ant-nerds and establish future collaborations in Australia and around the world!

The funds requested for this project will be used to cover travel expenses to Darwin Australia. Some of the funds will also be used to assist in covering publication costs in open-access peer-reviewed journals like PLoS ONE or Peer J. Any additional support will help in attending the International Union for the Study of Social Insects meeting in Cairns Australia . IUSSI Meeting Site Attending this conference will help me develop new collaborations in Australia and throughout the world.

All of your donations will be extremely helpful in making this project happen.

Australia's getting hotter and the ants are on the move. Israel's timely and well-conceived project will yield new information that will help all of us understand how to anticipate and deal with climatic change. --I'm Israel's Ph.D. advisor, and I approve this message. 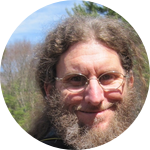 Aaron Ellison
Senior Research Fellow at Harvard University
This is an important project that has my full support, and Israel is an outstanding graduate student. 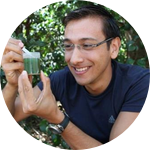 I am a Ph.D Candidate in the Organismic and Evolutionary Biology Program at UMass Amherst and Harvard Forest. I was formally a Fulbright Fellow at the CSIRO Tropical Ecosystems Research Center in Darwin Australia. I will be defending my thesis in June entitled "Climatic Change impacts on the diversity and function of ants in eastern North America". My main research interest focuses on the understanding and mitigating the impacts of climate change on biodiversity at large spatial scales. Please check out my website for a copy of my complete CV and full list of my recent peer-reviewed publications.

I am a Ph.D Candidate in the Organismic and Evolutionary Biology Program at UMass Amherst and Harvard Forest. I was formally a Fulbright Fellow at the CSIRO Tropical Ecosystems Research Center in Darwin Australia. I will be defending my thesis in June entitled "Climatic Change impacts on the diversity and function of ants in eastern North America". My main research interest focuses on the understanding and mitigating the impacts of climate change on biodiversity at large spatial scales. Please check out my website for a copy of my complete CV and full list of my recent peer-reviewed publications.

7 Lab Notes Posted
Lab-work update!
Presenting at the Association for Tropical Biology and...
Darwin at Last!

Check out my interview on the work we have done so far on Australian National Radio: ABC Radio Link

Swing by my website to check out my complete CV and my other ongoing projects.My Research Website

All of your donations will be extremely helpful in making this project happen.