Cephalopods and vertebrates have gone through similar circumstances that required adaptations such as learning and memory abilities. These skills are seen in some cephalopods which are able to solve mazes and navigate complex environments. The timing of this skill development in cephalopod evolution remains unknown. This project determines the spatial learning abilities of the O.bimaculoides by measuring recognition of habitats and pathway to the hidden food source.

Key characteristics that humans attribute to organisms that are intelligent include: memory, tool-use, and the ability to learn. This has been seen in vertebrates who developed new tactics and strategies for survival such as tool use and the ability to migrate yearly to the exact location they were born. Around the Paleozoic era, cephalopods evolved from having shells, and possibly more simplistic brains, to losing their shells and becoming more complex, predatory creatures with problem-solving abilities. Memory and spatial learning indicates cognitive abilities, but also suggests parallels between the evolution of vertebrates and invertebrate cognition. The study of evolutionary learning in cephalopods is still being developed, despite the vast study of it in vertebrates.

Current research has focused mainly on studying the learning capacities of O. vulgaris, S. officinalis, and A. marginatus. In order to strengthen the knowledge of variations in spatial learning amongst cephalopods, more examples of different species are necessary. The comparison of O. bimaculoides behavior in this study to studies on cephalopods like Nautilus, that still have their shells, could shed light on differences in cognitive ability. It will provide a look at cognitive abilities across all cephalopods which could show evolutionary adaptations gained as protection was lost. Data on how cephalopods use spatial learning could be useful as scientists use phylogenetics to organize the evolution and level of cognition occurring amongst the various species.

This study overall aims to examine the spatial learning and memory ability seen across cephalopods. Three similar habitats will be equipped with a crushed oyster shell layer and identical 3-Dprints of rocks with a food source hidden in each tank. Each habitat will have an increasing number of rocks present to create complexity. There will be a randomized schedule to choose which of the octopus will be present in each experimental aquarium, after specific increments of time (1 week –2 months), starting late summer. Videos will be analyzed with the ImageJ MTrack2 program to create a 2-D map of the specimen’s tracks. The pathway maps will show how quickly an octopus is able to find the food source, and if the path shortens as the octopus enters the same habitat after extended periods of time.

Have partial funding from Conchologists of America Grant and this is the remaining needed funding. The live rock is used to introduce a good bacterial community and the Instaocean is used to create saltwater. Oyster shells are the substrate, while the sumps with protein skimmers provides adequate filtration of substances such as phosphate and copper. PVC pipes allow for connection of aquaria to allow for use of less sumps and have flow pumps attached to provide enough flow into tanks to increase oxygen. Mesh netting needed to prevent escape into filtration system and aquarium glue is used to create complex rock formations to mimic natural habitat. Webcam package includes 4 cameras and equipment needed to connect system to computer in order to access data. It allows for recording of octopus behavior in experimental tank without disturbing octopus. Clams/crabs provide a food source inside experimental/holding aquaria.

This exciting project will allow us to examine the origins of cephalopod behavior. Shaquilla is an excellent and passionate student, committed to bringing this study to life. The experimental design is robust and creative, and I have no doubt that she will do an excellent job in implementing it. 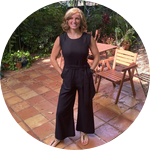 Lauren Nadler
Assistant Professor
Nova Southeastern University
I am excited for this project on cephalopod cognitive abilities and I know Shaquilla to be both dedicated and tenacious. Her contribution to our knowledge in this field will be significant and well worth your support. 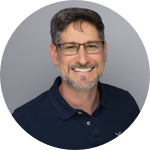 Set-up of aquaria is determinant on when funds are available and so could be earlier than mentioned. Introduction of octopus occurs after system has cycled for about 1 month. The start of experiments begin once the octopus have grown to larger size for two months. They will be rotated through experimental habitats for training for 8 weeks. They will then take 1 and 4 weeks breaks to test for memory. The experiments should be complete within four months.

Have Aquaria Set Up

Start of Training in Experimental Habitat 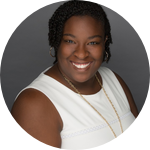 I'm a 2nd year Masters student studying Marine Biology at Nova Southeastern University. I've always been fascinated by animals others were unsure about or found strange. It has led me to various experiences involving rehabilitation and conservation from domestic animals to exotics such as raptors and reptiles. When learning about octopus, I found it interesting that these brilliant animals only lived to be two years old at most. Curious to know what they were capable of and why this was, I delved into the world of invertebrates where I find myself currently.

I go to a school where the majority of students are focused on coral research. Although this is an important topic, I believe that it limits the diversity in the questions asked about the world around us. I love to explore ideas and animals that most people are afraid of or think are odd. To me these are the ones that we should study more because they teach us amazing things about the world around us. I wanted to study octopus because scientists have used it countless times to test other topics, but we have done very little to learn about the specimen itself. I had assumed, as I'm sure a lot of people have, that invertebrates lacked high intelligence, especially when we consider insects, but when I learned that cephalopods were considered intelligent but only lived to be a couple of years at most, I became curious about what their cognition skills were and why their lives were so short. Researching more, I started wondering whether their cognition was because of the lost of the shell and just how "intelligent" they were. These are questions that will give us a better appreciation for invertebrates and nature's adaptations as a whole. I believe researching animals like the octopus teaches us to think outside the box and view the world from a different perspective. It reminds us to not disregard certain animals' abilities simply because we have never seen those skills before, and it could lead to better treatment of cephalopods in research as a whole.