Nozzle flow separation is a condition where exhaust gases in a rocket nozzle cause severe pressure fluctuations that can damage a spacecraft. The Schmucker Criterion provides insight as to where this flow separation occurs, but it tends to become inaccurate at smaller scales. Using a small scale composite combustion chamber, we want to use vibration data and nozzle extensions to determine exactly what nozzle expansion ratio causes damage to our carbon fiber material during test.

Fundamental texts about liquid rocket engines focus primarily on larger, more complicated engines such as the RS-25 or F-1, meaning that the data they provide on pressure ratio, area ratio and Mach number (Figure 1-6) is more difficult to apply to smaller engines in the 100 to 1,000lbf thrust range. Additionally, these texts also tend to focus on combustion chambers made out of copper or nickel alloys (Section 8.4). Amateurs and space startups operate on a shoestring budget, making the high thrust and manufacturing methods described in these texts inaccessible. Ablative composite chambers are cheap and easy to make, and by testing a critical way in which these chambers can fail, we can provide data to these communities to improve their own designs that these texts don't provide.

Second stage engines have extremely large expansion ratios to optimize their exhaust for the vacuum of space, but testing these engines on the ground requires large infrastructure to simulate a high altitude or a stub-nozzle. Stub-nozzles are cheaper, however they fail to characterize the real pressure conditions the engine would be exposed to. Using our composite engine, we're aiming to map where cracks and stresses on the combustion chamber occur and how this damage causes hot spots inside the engine. This is important because these hot spots can cause parts of the ablative inside the engine to erode faster than other parts, which can lead to even more severe internal stresses. Using this data, more robust composite engines can be made.

This project has two main goals. First, we want to know exactly what expansion ratio causes flow separation on our engine. We'll use multiple nozzle extensions and compare our empirically determined expansion ratio to predicted values from the Schmucker Criterion. Second, we'll document where our composite chamber accrues the most damage when flow separation occurs. We'll use accelerometers positioned on the injector and nozzle extension flange and perform detailed inspections to create a map of this damage. Using temperature data, we'll also determine if this correlates to any localized hot spots on the chamber wall. Our test plan includes 3 tests with varying nozzle extensions, 1 test to confirm results we saw in the first 3, and an additional 4 tests for damage mapping.

The most important part of a test is the data you get from it. To test our rocket engine safely and in a way such that we can learn as much as we can about it, we need a test stand. This test stand needs to be capable of supplying our rocket engine with over 1.5kg/s of propellant. It also needs to pressurize our storage tanks to over 1000 psig and record pressure data of the engine’s combustion chamber and injector manifolds. Furthermore, it needs to be able to put out any fires that may pose a risk to test personnel. The budget items above will allow us to build several rocket engines, provide us with the propellant to run several tests and give us the resources we need to control the liquid oxygen and kerosene so it feeds into our engine at exactly the right pressures and flow rates.

For a college project this presentation is well thought out and will attempt to answer questions about combustion behavior that tends to be proprietary information. This project is an excellent exercise in all manners of project management, rocketry, programming, design, and design of experiments. I am greatly interested in the approach of the design and construction of the engine coupled with the DoE of the test campaign. 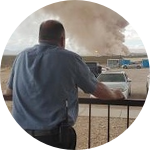 Christopher Muzzo
Test Engineer
Blue Origin, Founding member of the Western Michigan University AIAA local chapter, 20y engineering test experience
I’ve worked with Zach Muckler specifically in both TREL and at Blue Origin. He’s one of the most dedicated and passionate people I’ve ever known and I have complete confidence in his and his teams work ethic in making this a reality. I think the experiment itself is a fascinating one. Increasing the exit area will eventually cause flow separation but testing this phenomena out and learning more about it is I think a very interesting test! Please consider supporting this team!!! 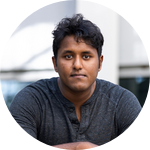 We expect to take about a year before we release our study's final results. This is mainly due to the logistical challenges associated with traveling to remote test sites and time to build our test infrastructure. Magnetar Space is based all over the United States and many of us have jobs or school competing for our time, however, we have worked in these conditions for well over a year and are confident that we will not experience any significant delays. 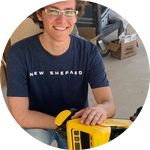 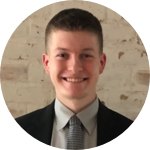 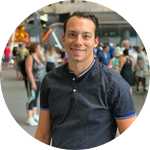 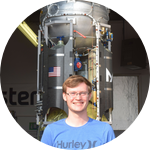 I’m a UT Austin undergrad with around 2 years of experience building flight hardware and testing the BE-4 rocket engine. I’ve qualified RCS thrusters for the Texas Rocket Engineering Lab and worked on Bell OH-58A and Eurocopter AS350 aircraft. I’m always interested in fun engineering challenges in the aerospace industry.

I'm a Purdue University undergrad with 4+ years of experience designing, building, and testing liquid rocket engines, and am the founder of Magnetar Space Group. For most of my life, I have been fascinated with learning and building complex machines. I'm determined to build something that makes an impact on humanity with all that passion culminating in engines, rockets, and everything in between.

RJ Gross holds a Mechanical Engineering degree from Drexel University. He has been passionately working in the aerospace industry for the past 8 years.

His specialization is in Electro Mechanical machine design and automation integration. Currently he is employed by Eaton Aerospace as a Division Industry 4.0 Specialist. He is responsible for technology development and robotics support across North America & UK Eaton Aerospace manufacturing facilities.

He has a life long passion for science, technology, and research. RJ was a researcher at the Drexel Autonomous Systems Lab during his undergraduate engineering years. He also competed at national level science fairs; most notably with the Discovery Channel Young Scientist Challenge.

I'm a 2022 mechanical engineering graduate from Drexel University with over 2 years of experience in the aerospace industry. I have experience in smallsat propulsion systems, rotating aircraft seals, manual and CNC machining, welding and manufacturing automation. Outside of aerospace, my passion is designing and building miniature steam engines.