Hunter-gatherers repeatedly visited the Mughr el-Hamamah site, Jordan, ca. 45-40,000 years ago. Then, anatomically modern humans were replacing Neanderthals across western Eurasia. We will carefully excavate the very well-preserved plant remains and other artifacts in the cave. With a high-resolution view of human activity at this key prehistoric juncture, we seek to answer how groups foraged and provisioned diverse foods and materials beyond camp, while they worked, ate, and slept in camp.

Why excavate another Stone Age site? Interesting results now seem to come from new lab techniques applied to specimens dug up decades ago! We can also bring new methods of excavating and sampling, capturing archaeological traces that older excavations simply lost. Along with other artifacts, we will retrieve a unique, large sample of charred plant remains from Mughr el-Hamamah. Plants were not just food, but also materials for tools, shelter, and fuel. Hunter-gatherers repeatedly brought plant parts to the cave between 45-39,000 years ago, when anatomically modern humans replaced Neanderthals across western Eurasia. Our excavation will document the foraging, provisioning, hand-work, and dwelling patterns culturally involved with anatomically modern humans’ population success.

Before 12,000 years ago, all of our ancestors were hunter-gatherers. Further back in prehistory, hunter-gatherer populations varied in biology, shaping how anatomically modern humans and Neanderthals evolved, and how Neanderthals eventually went extinct. As we learn more about how human bodies evolved, it is all the more important to figure out what those bodies were doing, and in what kind of environments! Our 2010 excavations at Mughr el-Hamamah established that a wide range of traces—tools, animal food remains, hearths, and lots of plant remains—are unusually preserved. In Summer 2017, we aim to excavate a comprehensive sample of the plant remains, to reconstruct in higher resolution what hunter-gatherer groups were doing, at and around Mughr el-Hamamah.

Aaron and Liv will lead the excavation in Mughr el-Hamamah’s main cave. Chantel will lead the field lab work. With two research assistants and four undergraduate students, we will work from June 29-July 29, 2017. We have identified three small areas of the cave with near-pristine deposits from the Early Upper Paleolithic period, where features like campfires are undisturbed. Dividing these areas into 50x50 cm squares, we will excavate in 5 cm levels. In each square-level sample, we will sieve 50% of the material in a standard 2 mm screen. From the remaining 50% of the sediment, Chantel will use a combination of water flotation and small-batch fine-sieving (using screens as small as 0.5 mm) to save everything, from tiny rodent and fish bones to charcoal and burned nut and seed fragments.

Our project is to excavate at the Mughr el-Hamamah site and carefully process large samples of 40,000-year-old sediment. Our work from June 29-July 29, 2017, requires $27,300. We have received $19,993 from the Wenner-Gren Foundation for Anthropological Research. This amount covers the costs of research in Jordan, including administrative fees and salary that supports the Jordanian Department of Antiquities supervising our work and protecting the site as cultural heritage. It also covers lodging, the costs of renting the Yarmouk University's field laboratory facilities, vehicle rental, research supplies, food and water, and a night guard to protect the site. The Wenner-Gren Foundation grant will generously allow Aaron, Liv, and Chantel to work with two graduate assistants, and four undergraduate students. We seek the balance of $7300 to cover the researchers' roundtrip airfare. We also seek to cover shipping costs and customs inspection fees for scientific/loaned artifact samples.

The project of A. Stutz is a pioneering study of the earliest modern human occupations in Jordan. Already the first results indicated that the age of the excavated layers match the genetic evidence concerning the dispersal of modern humans from Africa. Detailed study of the artifacts will provide critical information about how different or similar are the stone tools made by modern humans in the Levant when compared to their African ancestors. 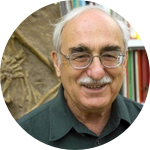 Ofer Bar-Yosef
MacCurdy Professor of Prehistoric Archaeology, emeritus
Department of Anthropology, Harvard University
As the only Early Upper Paleolithic site in the Levant to yield abundant well-preserved plant remains, Mughr el-Hamamah will be unique in helping archaeologists build a picture of the adaptations of the first modern humans migrating out of Africa. Combined with the unusual configuration of stone artifacts, analyses of plant remains and other materials (i.e. animal bones) will provide insights into local habitats and the behavioral strategies of its occupants, as well as refine our understanding of this critical period in human prehistory. 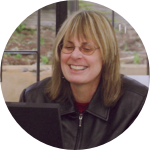 First day at the cave: setting up the excavation grid 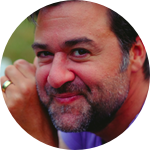 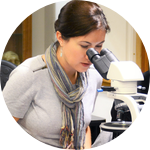 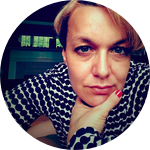 Wife-husband team Liv and Aaron met as students nearly twenty-two years ago ... on a major interdisciplinary project excavating and studying a Stone Age cave site. We met Dr. Chantel White more recently (in 2006). She will carefully handle and begin analyzing the large sample of ancient plant remains we will be excavating this summer. This project is part of a larger effort to fully analyze the archaeological traces of hunter-gatherers--and their environment--preserved at Mughr el-Hamamah.

I am obsessively interested in illuminating how our evolution has been intricately, jointly shaped by the social environment and the bodily one. As a paleoanthropologist, I focus part of my inquiry on how consciousness, meaning, bodily experience, and the social and material environment constitute one another in a dynamic way. This entails considering humans and other animals in comparative behavioral and ecological perspective. It also entails studying fossil, archaeological, ethnographic, and biological evidence concerning how human cognition, behavior, and cultural environments have changed since our own evolutionary lineage--the hominins--split from the lineage of our close relatives, chimpanzees and bonobos. The other main part of my research focuses on figuring out why human population--and its ecological impact on the wider biosphere--has tended toward change and disruption, rather than demographic and food-web equilibrium.

I'm a Teaching Specialist for Archaeobotany at the Center for the Analysis of Archaeological Materials (CAAM), a joint appointment between the Department of Anthropology and the Penn Museum of Archaeology & Anthropology. I received my B.A. in anthropology from Beloit College, WI, and my Ph.D. in archaeology from Boston University. I teach courses on archaeobotanical method and theory, ethnobotany, and interdisciplinary approaches to archaeological science. My research is focused on the analysis of plant remains from archaeological sites in the Mediterranean and Near East, with a particular interest in the reconstruction of plant processing, storing, and cooking practices.

I am a bioarchaeologist trained in prehistoric archaeoogy and biological anthropology, and with a special interest in the archaeology of hunter gatherers, burial archaeology, ritual theory and cultural heritage issues. I am trained across disciplines and traditions with a background in the Swedish and French academic traditions and currently teaching at an American University.

Catching up -- a whirlwind, successful season

The Mughr el-Hamamah (Caves of the Doves) overlook the Jordan River Valley. Located in the Ajloun governate, Jordan, the site is northwest of Amman and roughly opposite the Nablus mountains in the West Bank. 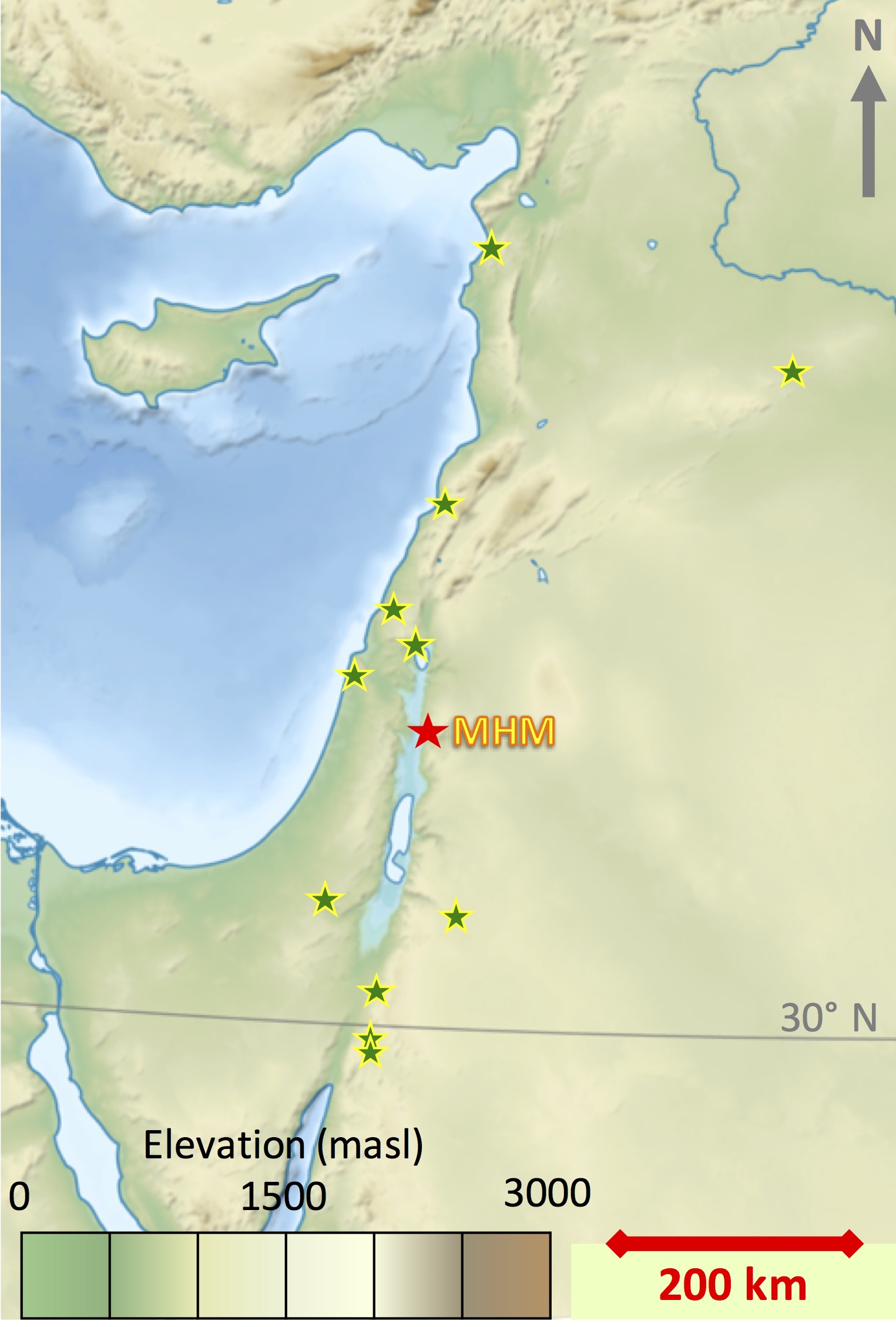 We carried out a test excavation season at Mughr el-Hamamah in 2010. Before that, the site had been inventoried but never been excavated. The first thing that struck us was that the sediments in the main cave preserved a single intact prehistoric layer, which immediately underlay recent shepherd deposits. In some places, the layer rich with Stone Age artifacts and animal bones was eroding onto the surface of the cave.

The Early Upper Paleolithic stone tools from Mughr el-Hamamah include some points (examples shown here), but most stone tool production and resharpening seems to have focused on making scraping and cutting tools.

To summarize the main findings: the stone tools are distinctive to the Early Upper Paleolithic period; the radiocarbon dates narrow the occupation period down to 45-39,000 years ago; the activities occurring on site involve a lot of scraping and cutting, but it was relatively less important to make fine blades and points (gearing up for hunting or gathering trips); still, the inhabitants were bringing hunted gazelles, goats, ibex, deer, and other animals back to the site. The microscopic phytoliths include crystals only found in fruit (as opposed to wood, leaves, or stalks). Most notably, there are large chunks of wood charcoal that preserve at least bits with botanical structure, the site preserves evidence of hunter-gatherers bringing back a lot of wood.

Mughr el-Hamamah has extraordinary potential to yield different kinds of samples for reconstructing the vegetation, animal communities, and climate around the site. It has similarly high-resolution potential to allow reconstruction of what hunter-gatherers were doing ... and not just when they were hunting and gathering. We can begin to answer what they were doing on raw-material provisioning trips; what they were doing while working on site; how they constructed windbreaks or other shelters; and how they used hearth fires for cooking and warmth while sleeping.

Among the caves in this ridge, only Cave 2 preserves substantial sediment and was used as a camp site shelter by hunter-gatherers 45-39,000 years ago. The site is at a topographic and ecological juncture between the Jordan Valley bottom and the ridges and valleys that drain the Transjordanian Plateau.

We have hypothesized that an important aspect of hunter-gatherer behavior at Mughr el-Hamamah was this: the intensification of division of labor. We base this on evidence for a wide range of stone tool types--including those hafted into handles and those expediently made and grasped directly for cutting activities. We also base our hypothesis on evidence for extensive use of plant materials and red ochre mineral brought into the cave. We suspect that some group members were remaining on site, carrying out task activities, while others were hunting, gathering, and provisioning, before transporting food and raw materials back to the caves. This may be associated with shorter moves from one camp to the next, and thus, smaller territories. What may have been a marginal change in labor organization, compared to earlier Neandertals in the region, could have resulted in a more stable or resilient omnivorous diet, ironically leading to higher population growth, helping to explain why anatomically modern humans eventually spread out of Africa, into the Levant, and across Eurasia.

In order to begin testing this hypothesis, we need to excavate more. In particular, we need to obtain larger, more representative samples—especially of charred plant remains—from Mughr el-Hamamah.

This Summer, from late June to July, we will work intensely with two graduate assistants and four undergraduate students, to excavate, process, catalog and begin describing the charred botanical remains and other samples. In addition to the charcoal and other carbonized plant remains (hopefully including seed and nut shell fragments), we expect to find more campfire features, animal bones, stone tools and tool-manufacture debris, shell beads, bone tools or points, and microscopic phytolith remains of plant tissues. Research team members Rosa Albert, Mónica Alonso-Eguíluz, and Dustin White plan to visit for a week during our field season, in July, to take sediment samples for phytolith and other laboratory analyses. We will carry out our work under the auspices of the Department of Antiquities of Jordan. Once we complete our field season, more detailed laboratory analyses will begin, including Chantel’s collaborative work with Eleni Asouti to document and identify the different plant species and plant tissues preserved in different parts of the cave.

Our team needs your support to carry out the first majory step--comprehensive field work.

The collaborative research that has gotten us to this point--with our peers recommending that the Wenner-Gren Foundation fund our Summer 2017 research--has depended on support from many sources, including:

The L S B Leakey Foundation