In summer, grizzly bears climb mountains daily in Glacier National Park to dig up and eat thousands of fat-filled army cutworm moths from talus slopes. My graduate research will improve our understanding of grizzly bear foraging for this food resource. With crowdfunding support, I will repeat sample talus slopes to determine whether moth abundance over time explains grizzly bear use. I predict sites with less variation in moth abundance will likely be more used by bears.

In June, army cutworm moths (ACM) migrate from the Great Plains to high peaks of the Rocky Mountains. The fat-filled bodies of ACMs spur grizzly bears to climb mountains during summer to dig up and eat thousands of moths from talus slopes daily. Our graduate research is using ground and aerial surveys to develop models that predict where grizzly bears forage for ACMs in Glacier.

There is one more rock we'd like to overturn with this research. Why do grizzly bears forage for army cutworm moths at certain talus slopes over others?

Army cutworm moths are a mobile grizzly bear food source, with the capacity to move between talus slopes during their daily rest-active periods. Talus slopes with more foraging grizzlies may reflect greater stability in moth abundance over time.

Annual visitation to Glacier National Park has increased by roughly one million people in recent years, illustrating why this research is timely. The information collected will be pivotal for land managers to balance the needs of moth-foraging grizzly bears on mountains with the recreational demand from climbers in the future.

Our goal is to explore whether the predictability (or stability) of ACMs across summer months explains patterns of grizzly bear moth foraging at talus slopes. To achieve this, we will repeat sample survey plots for ACMs on 4-5 occasions from July into September at two mountains in close proximity to one another. To date, the number of grizzly bears observed foraging for moths during project surveys has varied substantially between mountains. By repeat sampling for ACMs on talus slopes, we expect to find stable moth abundance across sampling sessions on sites heavily used by grizzlies. On talus slopes used by fewer grizzly bears, we expect moth abundance will be variable across sampling sessions.

Our graduate research is funded by the Glacier National Park Conservancy. The 2021 summer will be the project's final field season, and is being implemented using 2020 carryover funds. The data resulting from your support will inform the larger project's three-year dataset of grizzly bear moth-foraging locations.

Requested funds of $5040 will be used to hire one technician to lead a repeat army cutworm moth sampling effort over seven weeks, which he/she will conduct with a project volunteer and the graduate student. Every $600 raised beyond our target will enable us to keep the technician employed for one additional week, not to exceed a total of ten weeks. The technician's field efforts will enable us to draw novel comparisons between ACM abundance and the number of grizzly bears foraging for them on individual talus slopes. This information will be vitally important for managing and conserving these habitats within Glacier National Park in the future.

Army cutworm moths appear to be an important summer food source for grizzly bears in Glacier National Park. This project is documenting feeding sites, habitat use, and looking at the potential to map additional locations. Erik Peterson is the graduate student and needs assistance in the field to access the rugged remote sites to collect important data. I fully support this project. 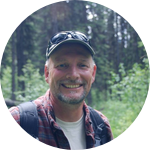 Tim Manley
Grizzly Bear Management Specialist
Montana Fish, Wildlife and Parks
Erik's research will elucidate details of the moth - grizzly phenomenon in Glacier NP. Without data like this, it will be hard to understand and manage what appears to be a crucial food source for grizzly bears in this region. Erik's background of working with grizzly bears and mountaineering in Glacier NP give him a unique skillset to pull this research off. 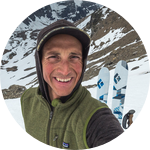 Steven Gnam
Photojournalist / Author
Discovering how and why grizzly bears use the landscape to find critical food sources is key to planning for their ongoing needs in an ever-changing world. Erik is driven, qualified, motivated, and incredibly tough. I've witnessed him in action for many years (since he attended one of my classes at Western Washington University 2 decades ago). He has the well-deserved academic support of some preeminent grizzly bear experts, and always reaches his goals. 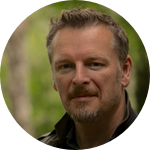 Chris Morgan
Ecologist / Producer
Insight Wildlife Management / Wildlife Media
If grizzly bears are to survive in the long term, their critical biological needs and important foraging areas must be identified and given high management priority. I enthusiastically endorse this research because Erik, a graduate student at Washington State University, is identifying the locations of these important foraging areas, which is the first step toward protecting important habitats for grizzly bears in Glacier National Park. 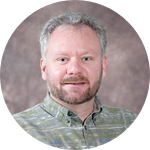 A technician will be hired shortly after a successful campaign ends. We will then implement our moth sampling effort in early July, conducting four to five replicate surveys until Labor Day or soon after. At the conclusion of field activities, the data will be compiled, added to the larger project's dataset, and analyzed. Survey results will be summarized in a project report and thesis defense in December 2021. 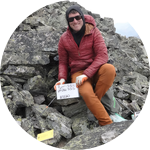 Dr. Daniel Thornton is a spatial ecologist, assistant professor at Washington State University's (WSU) School of the Environment, and the project advisor for this research.

Dr. Charles Robbins is a nutritional ecologist, professor at WSU's School of Biological Sciences, and founder of the school's bear research, education, and conservation center.

I received a BSc in Environmental Science from Western Washington University in 2005. Thanks to an early mentor, I discovered Glacier National Park in 2003 while volunteering on a large grizzly bear DNA study. This experience planted a seed for myself as a young, aspiring biologist. Since 2005, my experience as a carnivore-focused field biologist has spanned federal, state, and tribal agencies in Montana, Washington, Idaho and Minnesota.

In the years preceding graduate school, I honed my knowledge and experience in bear ecology while working for Montana Fish, Wildlife, and Parks from 2008-2009 and Glacier National Park from 2010-2018. My graduate research combines my passion for bear ecology and love for the high country, and was made possible with the support and collaboration from the community of bear professionals I've gotten to know over the years.

Update from the field
Summer technicians hired by donor dollars 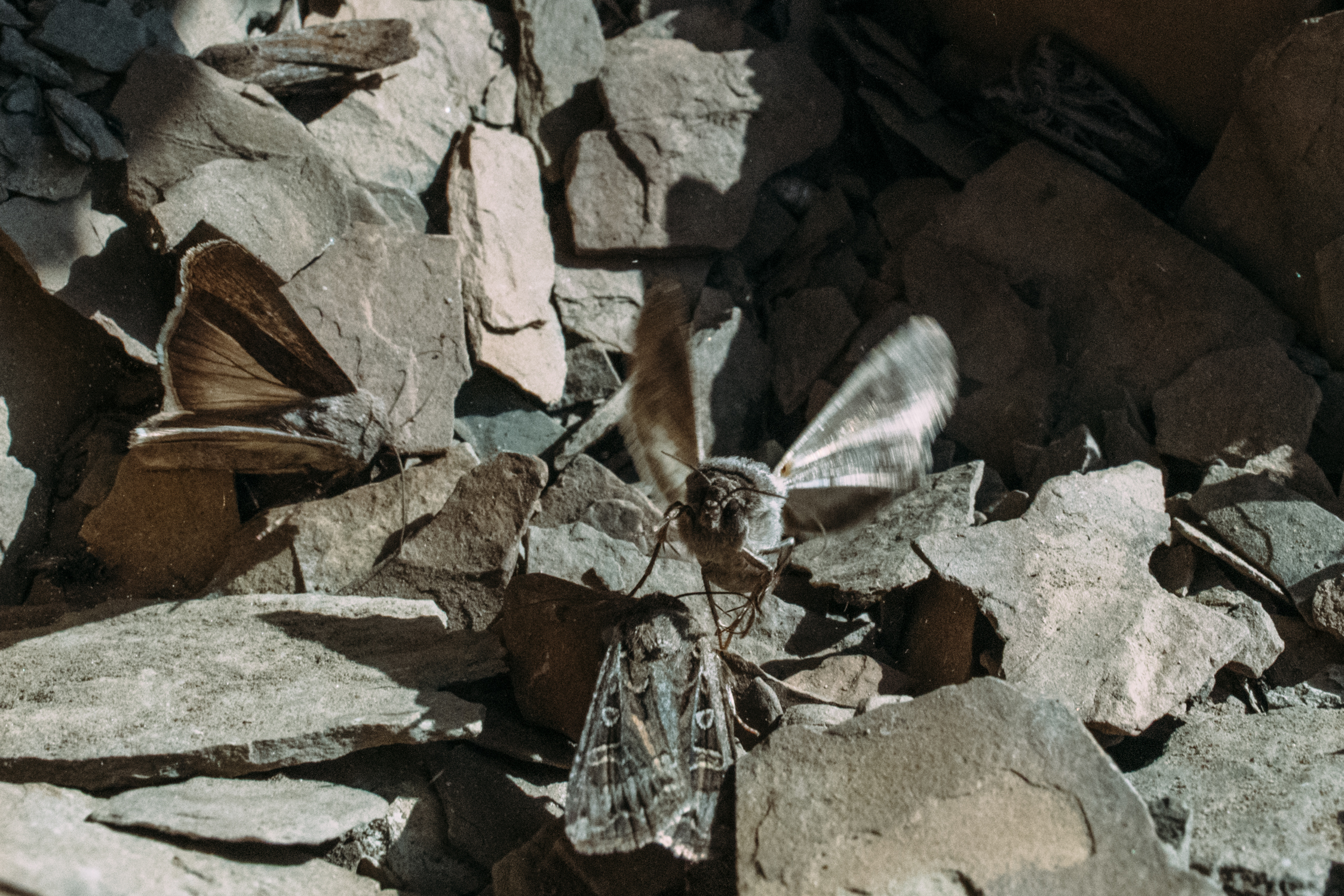 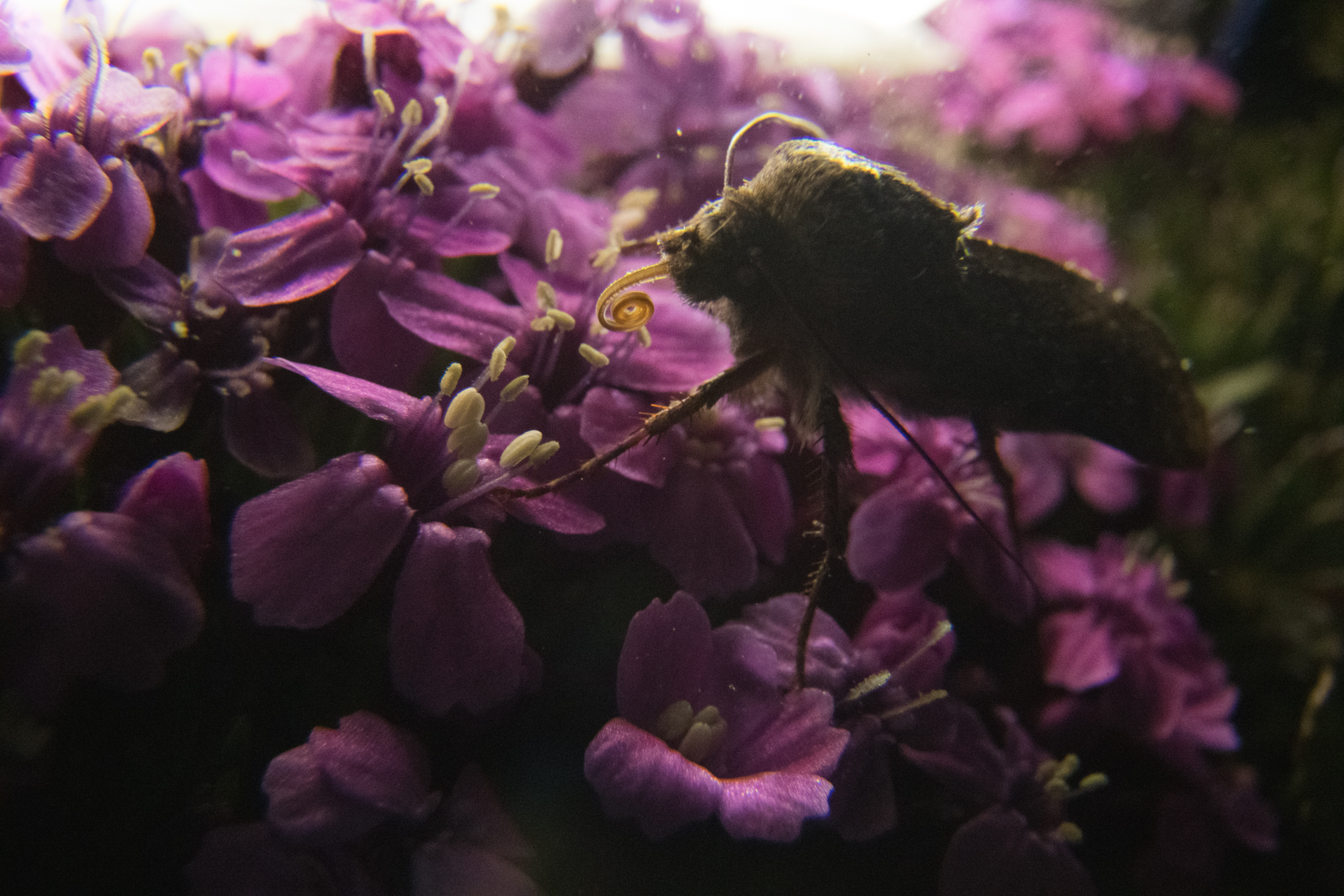 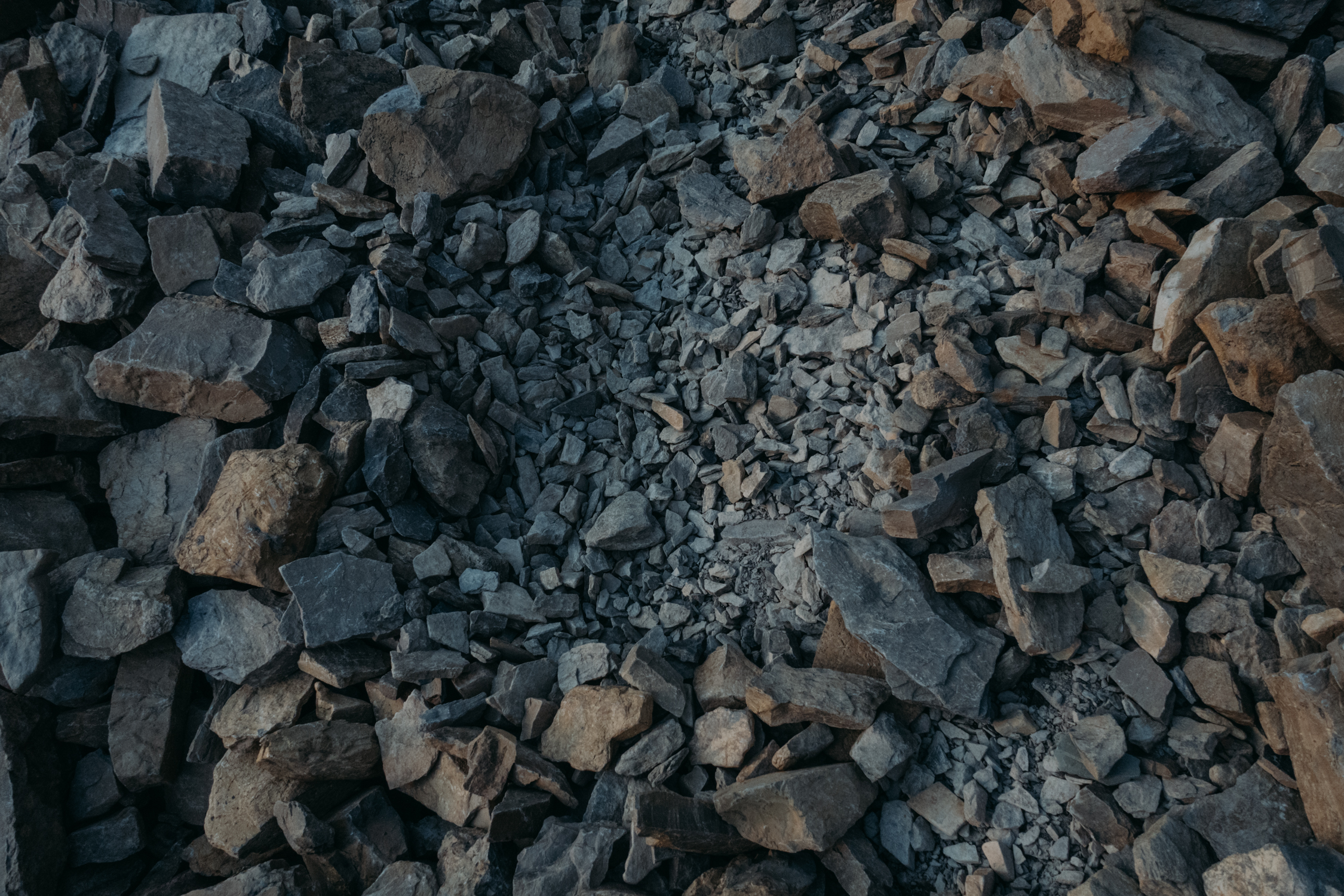 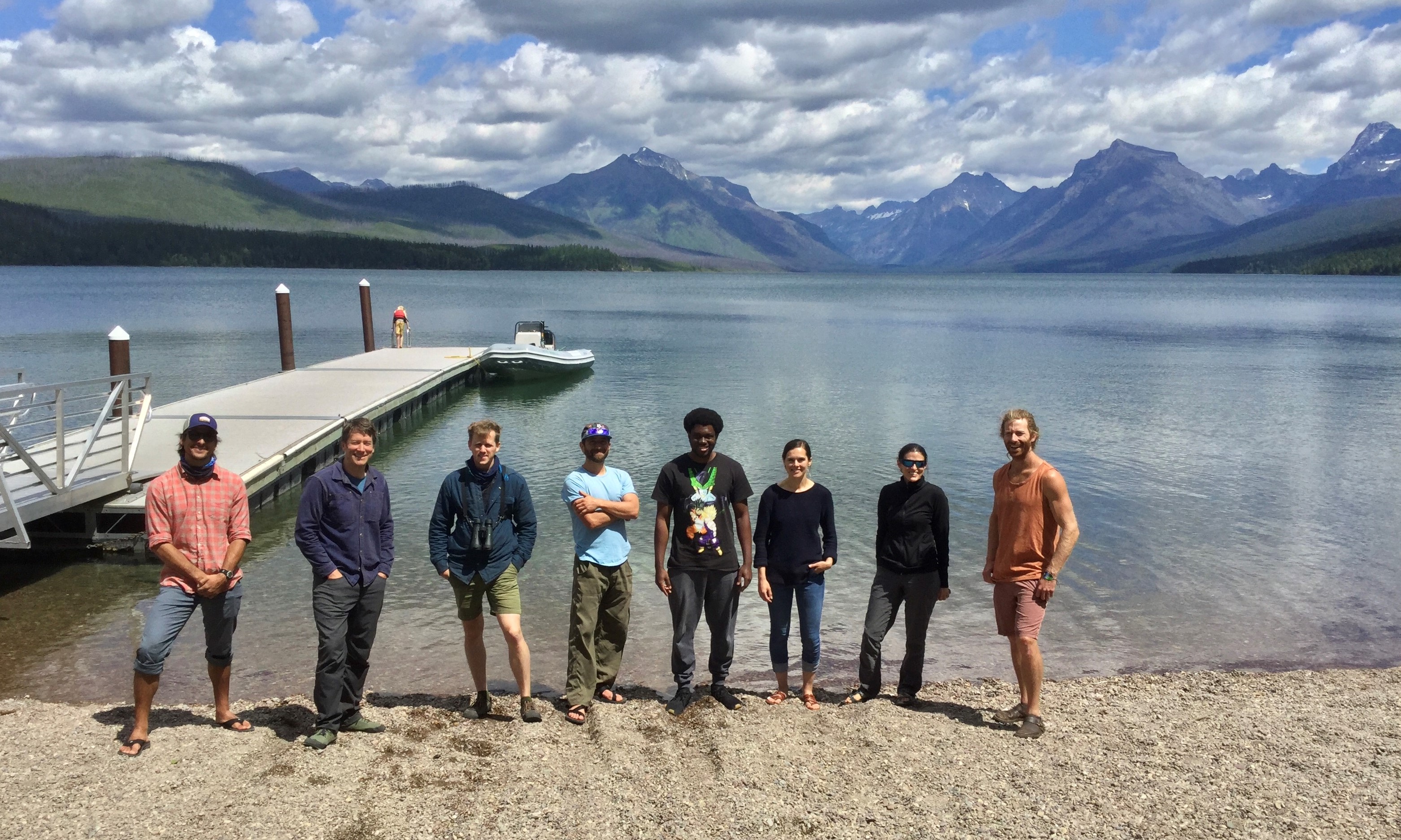