Beginning around July 4th, the technician hired by your donations with work with one full-time returning project volunteer to implement 4-5 sampling sessions for army cutworm moths at survey plots on two mountains in close-proximity to one another. Each session will be spaced approximately two weeks apart. We will only implement surveys at plots where moths were detected during our single sampling sessions in 2020. 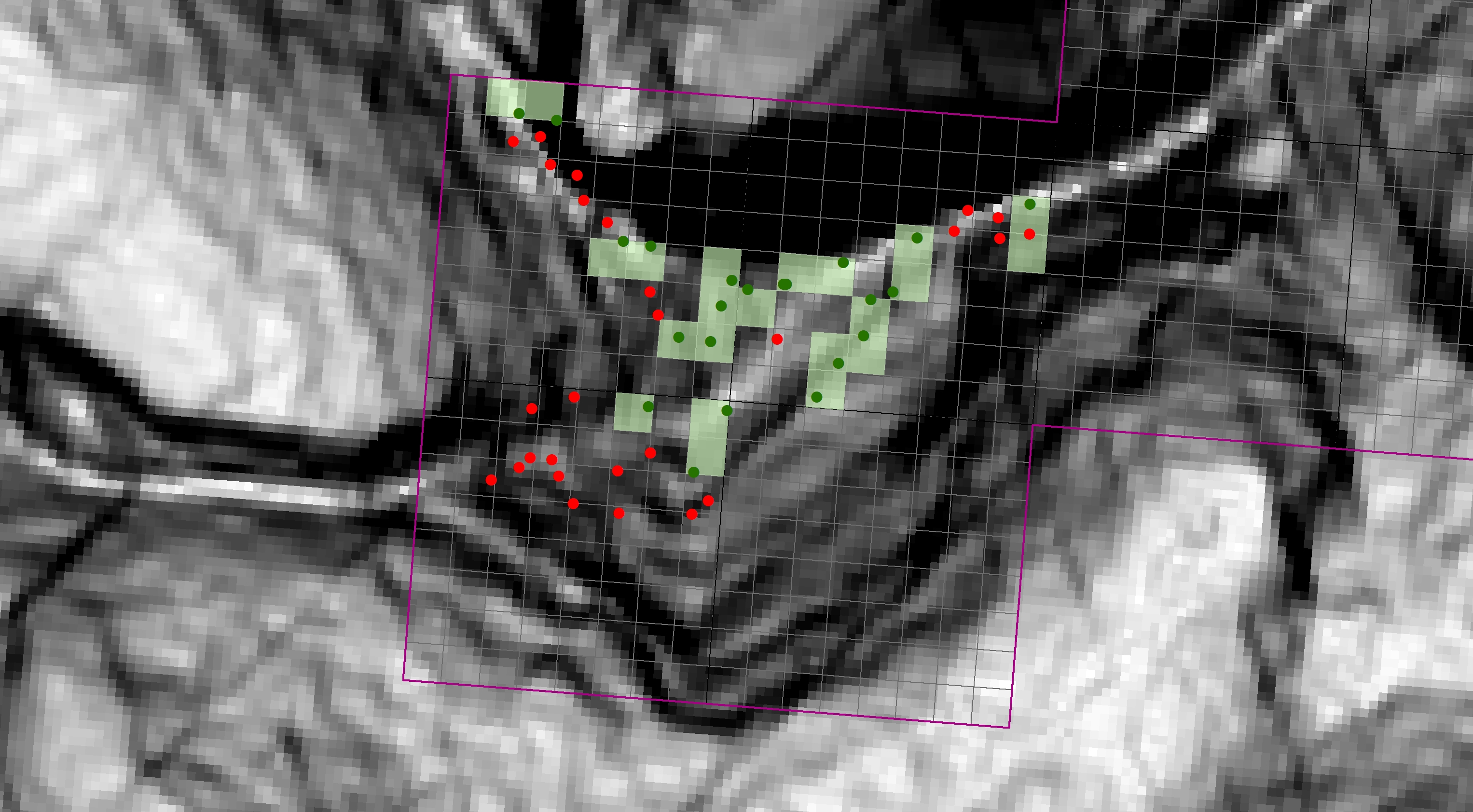 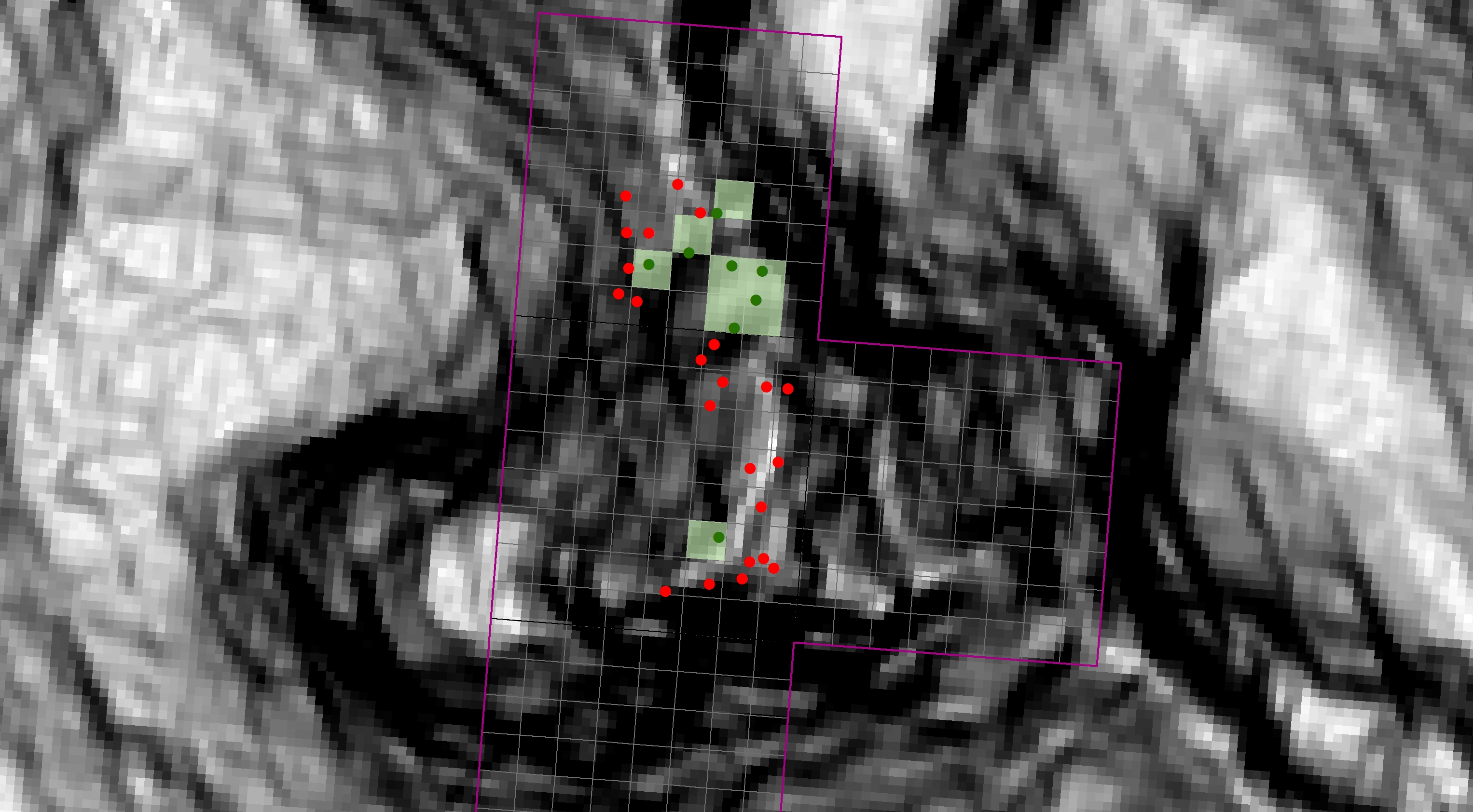 Our methodology for sampling army cutworm moths mimics grizzly bears. We use a circular template that approximates the area of actual bear digs, to excavate talus for count-collecting moths. 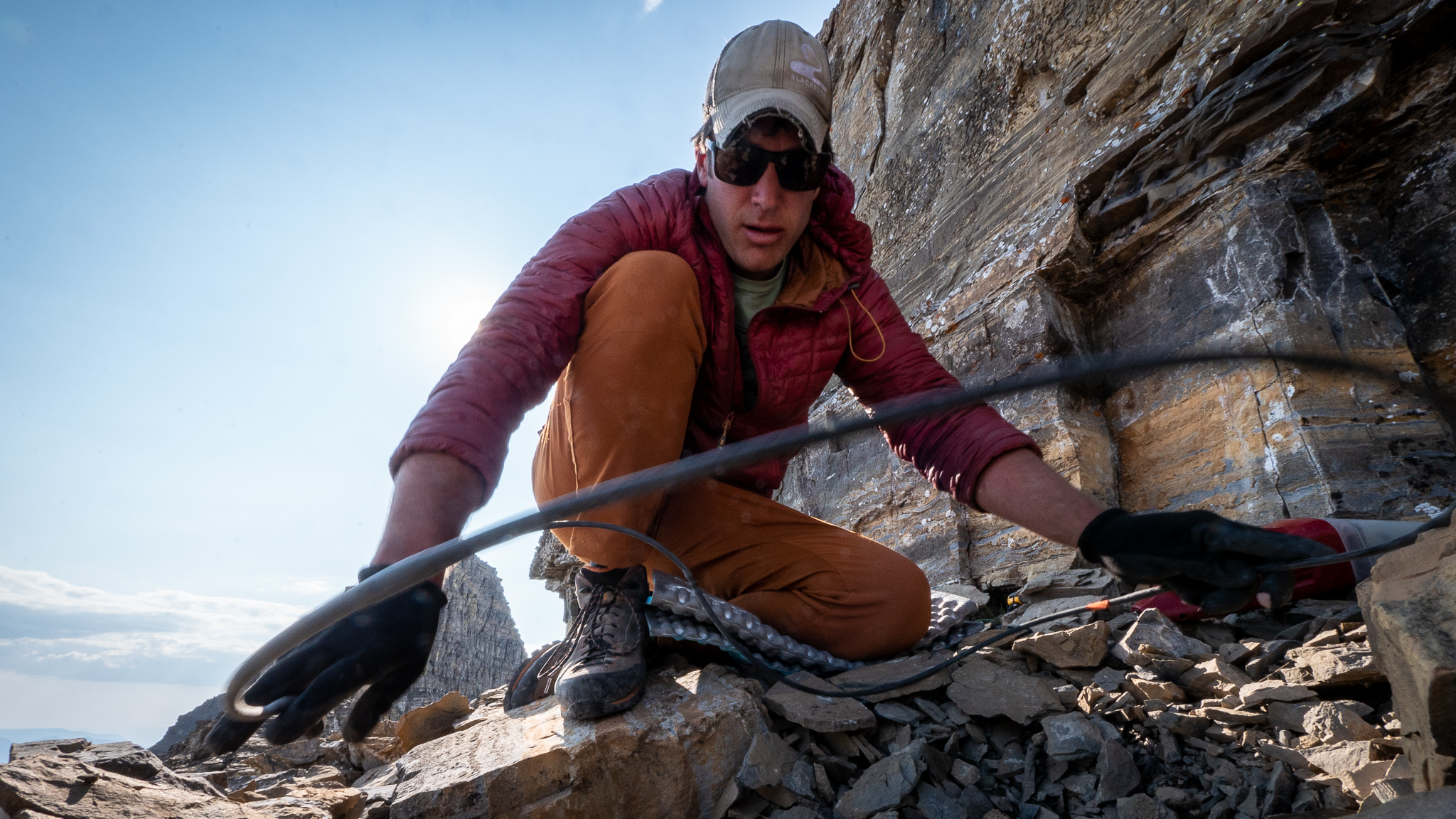 When moths are encountered, we use a handheld vacuum to count-collect moths. 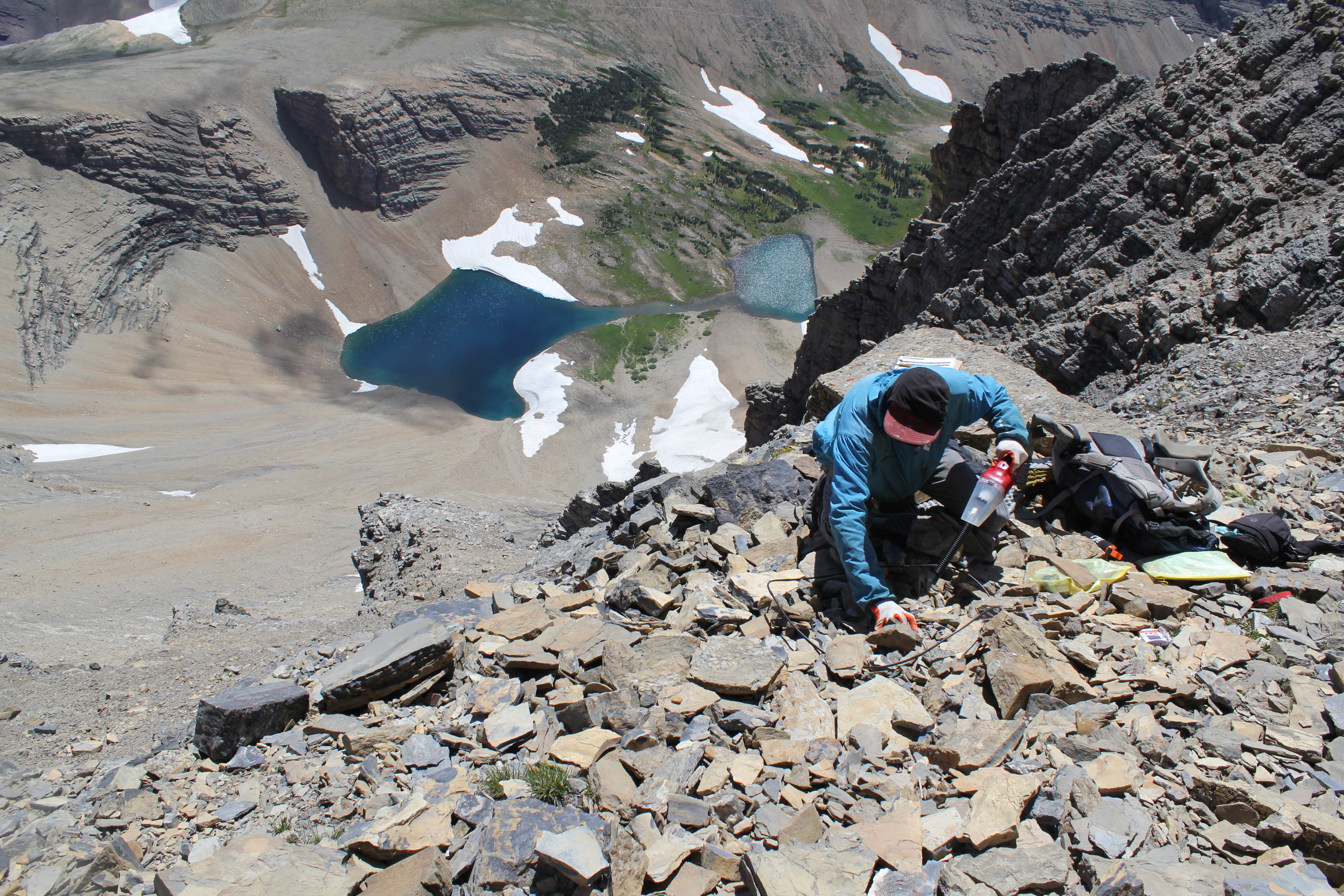 Moths that fly away before they could be collected are be recorded as 'flew' and included in our count since they can't be duplicated. 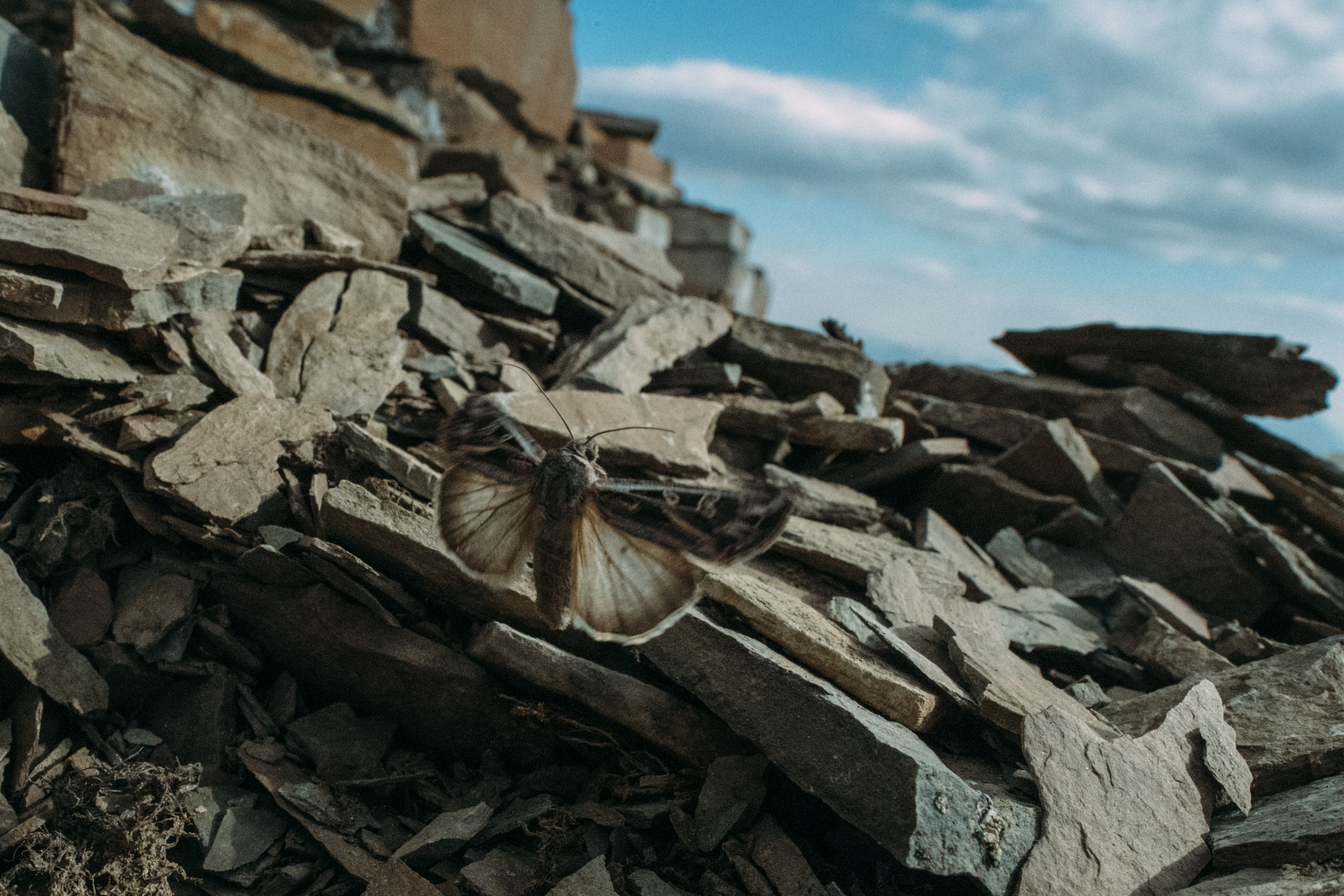 When all talus within the template has been excavated we record the number of moths counted (collected + flew) and total survey time.  At the end of each dig, we will refill the dig with the excavated talus. 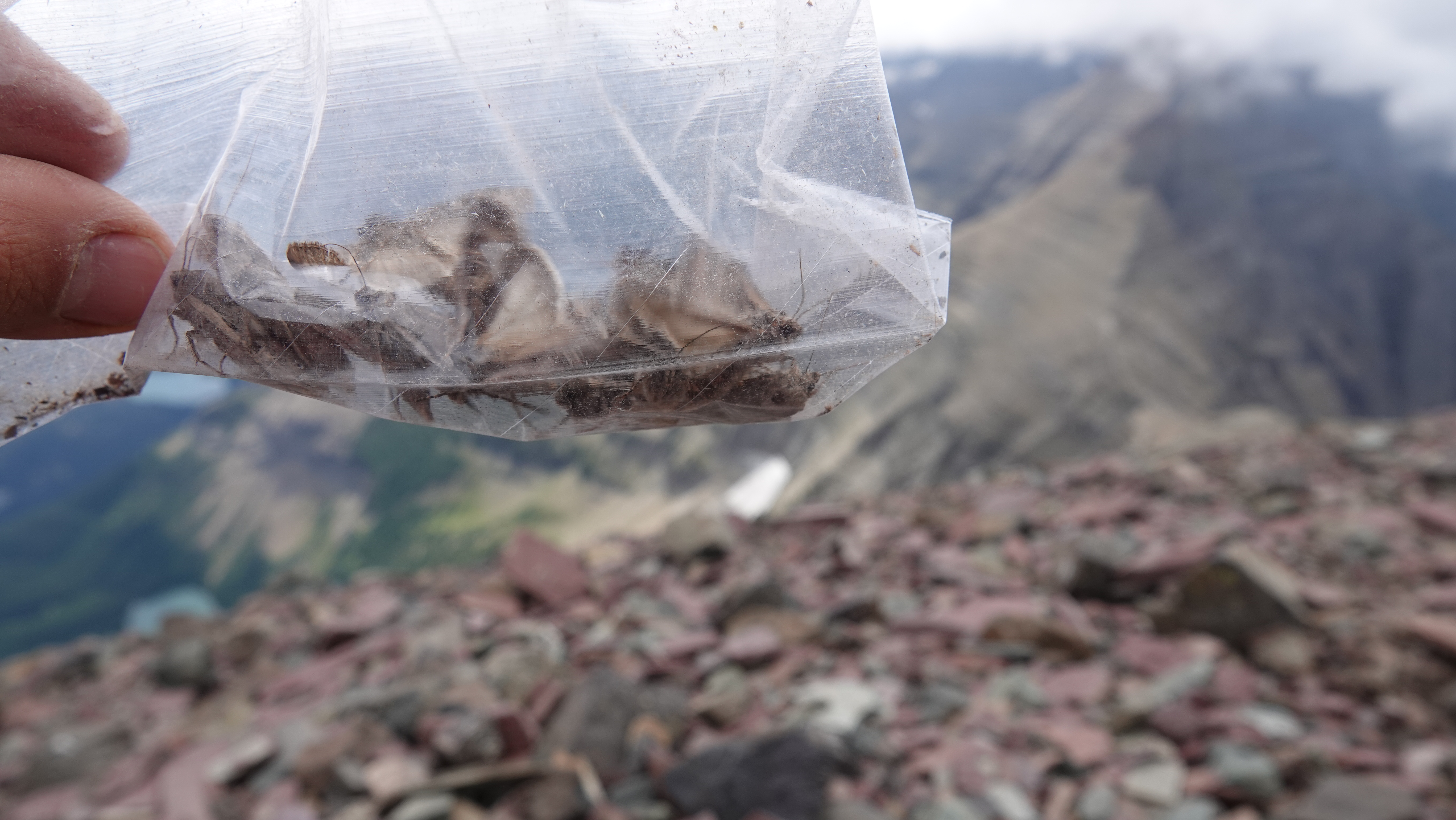 We will mark each survey plot with an identifying stake that will be removed at the end of the summer. Experimental digs will be implemented in a clockwise direction from north for sampling sessions 1-4, with each dig sited on a cardinal direction, two meters from the center.  For the fifth and final session, we will site digs at plot center. In this manner, technicians will excavate previously undisturbed talus on each sampling occasion.

Challenge 1: Technicians will have to mitigate terrain hazards, grizzly bears and inclement weather

Challenge 3: Access to survey areas may be impacted by management trail closures to due grizzly bears or wildfire

Challenges 1-3 may impact one day in the field, or limit us to 4 sampling sessions instead of 5. Only challenge 4 could affect survey data. To minimize the potential for digging in dissimilar talus and not maintaining independent observations, we will dig in a different location as near to the plot center as possible (i.e. two meters along cardinal direction from center) to maintain independent observations with talus as similar to the plot center as possible.

We hypothesize the number of grizzly bears foraging on a mountain (obtained from our larger project's aerial surveys) reflects the stability of the number of army cutworm moths occupying the talus slopes over time (obtained from crowdfunding-supported ground surveys). Slopes whose moth abundance varies less over time will be used by more moth-foraging grizzly bears. We will compare survey results by mountain and analyze data using a multivariate logistic regression framework.