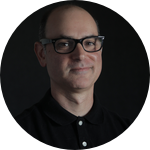 I am a producer and director dedicated to telling stories about how humans and the environment interact.

I produced The Ethanol Effect, an hour-long documentary for national PBS examining the political and economic effects of producing fuel from corn, and was the producer/director of Beyond the Tap, a half-hour special on the water crisis in Flint, Michigan for PBS WORLD Channel.

I have recently produced segments for the PBS NewsHour, SciTech Now and Local USA on subjects ranging from a deadly disease affecting bats to paleoart. I also regularly produce segments on the environment, blue economy and natural history of the Laurentian Great Lakes.

Round Goby assault on American rivers: How fast, how far, how complete?

The diversity of North Dakota’s mysterious monsters of the deep

By Clint A. Boyd

Did our ancestors use wooden spears as hand-thrown hunting weapons?

Do you want know what the dodo ate? So do we!

You can connect with Hunting the Mastodon on Twitter at @mastodonhunters for project updates, the latest mastodon news and the daily weather report from Mastodon Township, MI. Today it will be a ba...