Researchers estimate that 60% of infection diseases are spread from animals to humans, often by arthropods. Although malaria infections are decreasing in Africa, there has been an increase in acute febrile illness (AFI). AFI includes rapid onset of fever and symptoms such as headache and chills. The South African Mnisi community, which shares 75% surrounded by wildlife reserves, has a high number of AFI cases. We plan to test the hypothesis that AFI in Mnisi is attributed to tick-borne pathogens

Researchers estimate that 60% of infectious diseases are spread from animals to humans. Arthropods are responsible for many of these animal-to-human diseases. In much of Africa, severe fever (AFI) is among the most common illness in people seeking medical care. These fevers are often misdiagnosed as malaria and lead to the misuse of limited resources. Research has suggested a link between rodents and febrile illness.

The South African Mnisi community is an impoverished rural area that shares ~80% of its boundary with wildlife reserves, which puts it at the frontline of the human/wildlife/livestock interface. Additionally, the majority of households have reported seeing rodents in their home on a daily basis. Furthermore, the Mnisi community has a high caseload of febrile illness.

It is well known that rodents are important reservoir for many tick-transmitted pathogens, and play a key role in the circulation of tick-borne infections. The potential danger that ticks pose to the Mnisi community, as well as in Africa, is thus a major concern. The active surveillance for potential pathogens is of utmost importance in order to predict and combat emerging tick-borne diseases.

We propose to address a series of basic research questions about the prevalence of tick-borne pathogens, the role of the wildlife as a reservoir of infection for humans, and development of innovative new diagnostic tools. We will be expanding our knowledge of tick-associated diseases that could improve human health in South Africa. Overall, we will strive to increase the awareness of ticks in Mnisi.

3. We will test human patients that presented with non-malarial acute febrile illness at the health clinics in the Mnisi community for the presence of the zoonotic pathogens identified in ticks in Goal 2. In cases where no previously developed tests are available, we plan to use the diagnostic tests developed in Goal 2.

My goal is to provide my educational and research experience to the Mnisi community in dealing with tick-borne diseases. I have listed the basic funds required for me to begin my project, including traveling within the field site, collection expenses, and a small portion for microbiome sequencing. Additionally, I have been awarded a research grant from the University of Pretoria in South Africa (400,000 ZAR over 2 years) for the AFI-Mnisi project, which will cover the bulk of the research expenses, and these additionally funds will allow me to cover my travel and unforeseen expenses once I'm at the Mnisi community.

Cory is currently my graduate student and is nearly finished with his PhD. His postdoctoral project is an extension of his PhD research on the microbiome of ticks, but this time focused on how agents in the ticks might be causing illness in humans. He has access to an amazing study site, the Mnisi community for this project. This is a resource poor community that needs help! And finally, he is the right person to bring light to tick biology and human disease: he has a proven track record of high impact publication with help from experiment.com. 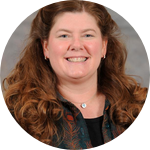 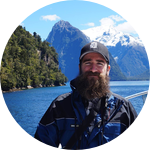 Hello everyone! My name is Cory and I'm finishing up my PhD at Washington State University. My educational background includes a Bachelors in Microbiology, a Masters in Ecology, and my Ph.D. will be in Immunology and Infectious Diseases. Additionally, I am an ARCS Fellow in the Seattle branch (www.arcsfoundation.org).

My research experiences are very broad and have bounced around. I have worked in the realm of molecular genetics, algal taxonomy, insect ecology, and infectious diseases. Additionally, I was a research fellow at the CDC in the Malaria Entomology branch.

My research interests center around medical entomology and ecology. I am specifically interested in finding eco-friendly biological control methods to fight tick-borne diseases that cause human and animal diseases.

I ran a successful crowdsourcing project in 2014, which resulted in several presentations and publications (www.experiment.com/microbiome). Recently, the following publications have been accepted/published:

Getting kids to love science!
500 views!!!
Trouble with a fence