The Chocoan River Turtle, a freshwater species, has limited populations along the Pacific coast of Colombia and Ecuador and is listed as near threatened and little is known about it. Despite being previously thought of as a freshwater, herbivorous species, it has recently been seen on land feeding on the carrion of a mammal. Biologging tags will be used as a hands-off technique to give insight into the daily activities and nesting habits of this interesting turtle on Isla Palma, Colombia.

Advancements in technology are allowing biological field researchers to acquire behavioral information for organisms in their natural environments with the use of biologgers.

I will focus on female turtles of the Chocoan River Turtle (Rhinoclemmys nasuta) and use biologging data to build a reconstruction of daily activity and nesting habits of ten female turtles. The biologgers will be collected and analyzed after a one year period. This study is in conjunction with colleagues at Universidad del Valle in Cali and specimens will be radio tagged and tracked monthly by our Colombian research team.

The Chocoan River Turtle has a limited geographic distribution in Colombia and Ecuador. Its proposed global IUCN Red List status is Near Threatened and is listed as Data Deficient in Colombia and Endangered in Ecuador. This species is important economically as it is among the turtles that are harvested for food by locals in rural areas.

Although it's the most aquatic species in the genus, it still travels to land for feeding and reproduction like other species in the group. This species might serve as a prototype for many other turtles that exhibit a similar range of environmental use and involve protection of both terrestrial and aquatic environments. What's strange, is this species can eat mammals and can feast while out of the water and may be taking advantage of a new ecological role.

-Is biologging an effective way to study the habits of freshwater turtles?

-What are the daily habits and nesting activities of female turtles?

-How much time do the turtles spend out of the water and how is this related to time of day?

In order to understand the daily and annual behaviors of the Chocoan River Turtle it is pertinent to use a device that can collect a wealth of information from a remote setting. Biologgers make this possible while also limiting the human interference on the turtles' behaviors. All funding will go directly to the purchase of biologgers from Cefas Technology Limited.

Your donations are very much appreciated and make all of this possible!

Also, be one of the top 10 donors and you get to name a turtle!

This is a worthwhile project that with little funding will answer questions on the habits of a seriously endangered species leading to understanding its habitat and its conservation. The study represents an extension of the use of biologgers and foster collaboration between US and scientists of Latin America. The student conducting the project is serious and passionate about the subject, is well rounded academically and on field work with turtles, and is properly supervised by Faculty at UL Monroe, guaranteeing the project merits and success. 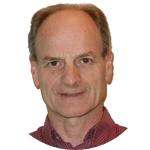 Augusto Morrone
Sr Staff Engineer at Seagate Tech
This project is very exciting and has a valuable impact. I'm looking forward to learning more about the Chacoan River Turtle's mysterious habits. Clearly there are plenty of questions that need to be answered about this species! 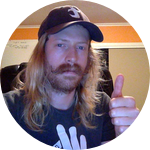 Ben Mongold
I am truly excited to see this project begin and to uncover a new understanding of the life history, habits, and ecology of the Chocoan River Turtle on Isla Palma, Colombia. Working in lab at UL Monroe with Sonia this year, I have seen her develop this project with the help of our professor, Dr. John Carr, from the ground up. She is eager to experience Colombia and shed some light on this endangered and highly under examined species. I know that her work will contribute to the future conservation methods regarding tropical species. 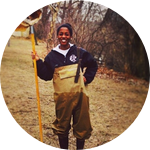 Ashley Triplett
Graduate Student at the University of Lousisana in Monroe 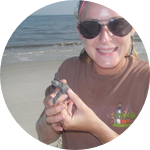 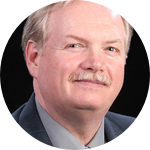 My interest in turtle research has led me from the midwest to the southeast, the Atlantic coast to the Gulf of Mexico, the Louisiana bayous and even Spain. I have focused on the physiology of temperature-dependent sex determination, nesting habits, migratory behaviors, and now the behavioral ecology of the Chocoan River Turtle.

Sometimes I wonder when my interest in turtles really began. It could have been during my first internship when I asked a group of third graders to tell me something they know about turtles and one shouted, "They breathe out of their butts!" Whether it was from this child's astute burst of excitement or my childhood pet painted turtle, Zippy, I may never know. Whatever the reason, the more I learn about these species, the more they continue to fascinate me.

When I am not scouring the beach or flipping logs looking for hidden reptiles and amphibians, I find myself looking to the sky to learn about the birds (or the "feathered reptiles") that surround me.