During a malaria infection, parasites sneakily reside inside human red blood cells. They need to make their host cell surface sticky, in order to avoid being filtered out by the spleen. Our goal is to understand the biochemical details of how malaria parasites remodel the red blood cell surface.

We know that Plasmodium falciparum is the deadliest malaria parasite. The red blood cells it infects become sticky and damage important blood vessels in the brain and other critical tissues. Some aspects of the mechanism the parasite uses to make cells sticky are well studied. We are looking at a family of enzymes that has not been well studied. The members of this family are protein-modifying enzymes called Ser/Thr kinases. We have previously shown that they modify a human cytoskeletal protein found in the red blood cell cytoskeleton, just beneath the membrane. Our lab is able to produce and purify the enzymes and now our team has identified some candidate chemical compounds that block these enzymes. We're testing these compounds now.

Understanding the mechanism that malaria parasites used to make red blood cells sticky helps us understand the virulence of Plasmodium falciparum. We've observed that treatment of parasites with compounds lead to significant growth arrest. We know the enzymes we're testing have other roles in the parasite. There is a member of our enzyme family that is not exported into the red blood cell, for example. If blocking these enzymes ends up killing the parasite altogether, this could become a drug target for malaria treatment.

Our lab has identified about a dozen molecules that block Ser/Thr kinase enzymes that malaria parasites secrete into red blood cells. Our goal in this project is to establish the potency of these chemical compounds against those malarial enzymes. Funding for this project will allow us to determine the minimum concentration of our molecules necessary to stop the parasite's kinase enzymes from working. Once we know the potencies, we'll try treating parasites with our molecules, to see whether we can prevent the parasites from making their host cells sticky. We plan to share the results openly, so that other scientists can use these compounds to do even cooler experiments.

The success of this project will be measured by the number of compounds whose potency we can determine. Because we are working with a family of enzymes, we will need to test the compounds against four or five different kinases.

The good news is that we have plenty of willing workers with experience in this kind of experiment. If we firmly establish the potency of the compounds, we'll be able to publish this discovery as the first known inhibitors of this class of enzymes.

This is a great project with not only deep scientific impact but also real-world public health implications. The project leader is an accomplished scientist with a successful track record in studying biochemical problems, including malaria-related problems. Franklin & Marshall has some of the best undergraduate chemistry majors in the US and will undoubtedly do excellent work. Overall I am impressed with the project and am happy to give it my full endorsement. 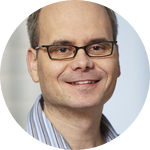 Kristopher McNeill
Professor
ETH Zurich
Dr. Brandt's impressive academic record--and this particular project's focus on malaria, a pressing public health challenge--epitomize F&M's mission to instill in students "the capacity for both independent and collaborative action, and to educate them to explore and understand the natural, social and cultural worlds in which they live." Fueled by the intellectual curiosity of Brandt's undergrad research team, this project holds significant potential to leverage the rigorous F&M educational environment to generate valuable scientific results. 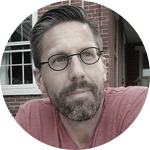 Ryan Sauder
Assistant Dean of Academic Advancement and Senior Director of College Grants
Franklin & Marshall College
Malaria kills hundreds of thousands of children in Africa every year. By better understanding how malaria makes people sick, we can figure out how to outsmart it and keep those children alive. This is great work and I know that Dr. Brandt's findings will be a big step forward. 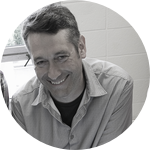 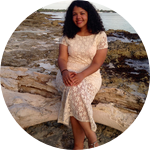 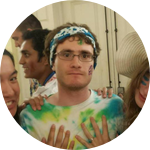 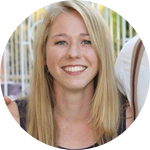 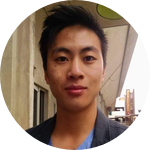 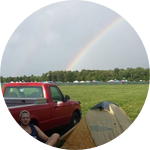 The Brandt lab at Franklin & Marshall College was established in 2013. Since then, we have combined the talents of Chemistry, Biology, French, Music and English majors to investigate biological macromolecules and parasite-host communication.

Dr. Brandt has been around a while. He has a B.A. in Chemistry from Reed College. After graduating from college, he spent a few years in Ghana with the Peace Corps. He then went to Caltech, where he spent many hours poking the eggs of carnivorous frogs with needles, living to tell the tale and receiving a PhD. He did post-doctoral work in X-ray crystallography at Brandeis University and was a fellow of the Malaria Research Institute at the Johns Hopkins School of Public Health.

Astrid is a student at Franklin and Marshall where she is a French major. She is involved with the chamber singers and is also a general chemistry tutor. She is greatly fascinated with understanding how the world around her works. After her undergraduate experience, she will attend medical school in the hopes of becoming a pediatrician.

Lingyin Xu is a junior at Franklin and Marshall College. She is doing double major in Neuroscience and Music. She started doing research with Dr. Brandt during her freshmen year by shadowing in lab. She enjoys working on cells and animals, especially dissection. During school break, she works as esthetician in New York City. After graduate, she would work in research lab, and eventually apply to medical school.

Dennis is a third year Chemistry and Music student at Franklin & Marshall College. He grew up in Hillsborough, NJ. This summer will be his second year working in the Brandt lab. He spends his free time playing the recorder and pondering the mysteries of the universe.

Lucy is an English major and Chemistry minor who is interested in the questions of life and death, which include plasmodium falciparum. After graduating she hopes to pursue a career in medicine. In her spare time, she tutors chemistry, writes things, and wonders whether she will indeed graduate with all her crayons in the box.

Benjamin Lin spent two years of high school working at a neuropathology lab at UCSF, tracing vasculature in mouse hypothalamus as well as staining sections of mouse brains in every concievable manner. He is currently pursuing his B.A. in Biochemistry and Molecular Biology at Franklin and Marshall College. He makes candy in his spare time, as he discovered an understanding of biochemistry is remarkably useful in manufacturing caramels and toffees.

Janse is a sophomore at Franklin and Marshall College from North Carolina. At F&M, he is on the Varsity Men's Soccer team, participates in the Harwood Leadership Seminar and is pursing a major in Chemistry. He loves working with others and is fascinated by the human body and its incredible abilities and mechanisms. Janse hopes to attend medical school at the Uniformed Services University of the Health Sciences and join the Navy.

Chris is from Columbia, South Carolina, currently a Biochemistry and Molecular Biology student at Franklin and Marshall College. Working on this project and looking back at some of the progress we’ve made has made him realize that he wants to pursue a career in scientific research. This research is some of the most fulfilling work in which he has participated, other than the Blair Witch Project parody movie he made in fifth grade.

6 Lab Notes Posted
Beware of hemogoblins!
From cell to gel
All research, great and small

When I look at a phylogenetic tree that shows how Terran organisms are related to each other, I'm shocked at how distant malaria parasites are from human beings. And yet, when the parasites enter our red blood cells, it's almost as if they take over the role of the nucleus, directing the host cell to do their bidding (remembering that mature mammalian red cells have no nuclei). The fact that these alien, single-celled parasites can just begin communicating with our cells is, to me, one of the beauties of biochemistry. It shows how biochemistry functions as a truly universal language. At least on our planet. As far as we know.