This project intends to create a major entomology collection housed in Belize and to conduct bat inventories while in Belize. The Maya Mountains of Belize are a biological hotspot located in one of the fastest growing regions of our planet (Central America). Yet, even with this growth, Belize has chosen to protect over one-quarter of their country as parks and preserves! Biological inventories help to better understand these protected areas.

In many ways, Belize is similar to Costa Rica: Both countries have largely-intact ecosystems with high levels of biodiversity, have chosen to protect large areas of these ecosystems in parks and preserves, and rely mainly on ecotourism to drive their economies. The one difference is that Belizean biodiversity is not as well understood as the biodiversity of their close neighbor to the south.

Belize is a small country situated in the
Mesoamerican biological hotspot and is known for their large areas of intact ecosystems. Approximately 26% of the country (about 2.6 million acres) is preserved in a total of 95 reserves. Much of this protected land is encompassed in the Mesoamerican Biological Corridor that extends from Mexico to Panama and contains protected areas that are linked by biological corridors. The Maya Mountains are found in the southern half of Belize and contains many reserves and parks that are an important part of this Biological Corridor. Many of the endemic species in Belize are found in these mountains.

This project will occur in the northern portion of the Maya Mountains at the field station owned by the Toucan Ridge Ecology and Education Society (TREES). This facility is the headquarters of a scientific organization dedicated to the study of the biological and cultural diversity of Belize. The field station is owned by wildlife biologists Mathieu Charette and Vanessa Kilburn and is situated along the northern border of the Sibun Forest Reserve, a nearly 82,000-acre preserve. The Sibun Forest Reserve is a portion of an extensive contiguous tract of tropical broadleaf forest that comprises an area of 1.3 million acres – including many of Belize’s largest protected areas.

Six other biologists will be joining the primary investigator for this work. Please check out the first Lab Note for short biographies of the research team.

Biological inventories are an essential
component to the understanding of the biological richness of a country or region. These inventories include the development of actual collections for on-going and future study as well as species inventories conducted through observation and capture/release. This project does both by establishing a major entomology collection in Belize that will be accessible to scientists visiting the country and by conducting an inventory of bats in this area of the Maya Mountains. Further scientific relevance is gained through the collection’s collaboration with one of the largest University entomology museums at the Bohart Museum of Entomology located at the University of California Davis.

Often, comparisons are made between Belize and Costa Rica because both countries rely on their biological diversity and natural beauty to attract scientists and tourists wishing to see nature at its finest. Many biologists have described knowledge of Belizean biodiversity as being about two decades behind what is known of Costa Rica. In terms of their insect fauna, no major insect collections are readily found in Belize. Although biologists have collected insects in the country for many years, nearly all of these insects are housed in the various home countries of these entomologists. Establishing an entomology collection in Belize at the Toucan Ridge facilities would provide a central repository in the middle of Belize for these valuable biological specimens.

In addition to the entomology work, bat inventories will be conducted in this area of the Maya Mountains. Bats are tremendously important to ecosystems due to their pollination activities, seed dispersal role, and their function as a major predator (both invertebrates and vertebrates are consumed by various species of bats). While several researchers continue to actively study the bat fauna of Belize, much of the distribution of bats in the country is poorly known. With at least 82 species of bats known from Belize (this is nearly double the number of bat species found in the U.S. and Canada), inventories are essential to understand their distribution in these ecosystems. In addition to the inventory, insect ectoparasites will be collected from the bats captured in mist nets and placed in the entomology collections.

This project will establish a properly curated entomology collection in central Belize and will conduct an inventory of bat species in this area of Belize. In addition, this project will train the owners and managers of the Toucan Ridge Ecology and Education Society (TREES) field station in the techniques for proper maintenance of entomology collections, insect curation techniques, and basic taxonomy of insects.

For this project, the specific objectives are to:

All donors will receive daily lab notes while fieldwork is being conducted (June 3-15, 2014) – provided that internet access does not go down. This way the wonderful donors that make this project possible will be able to share our discoveries as we make them and hopefully receive some modicum of excitement from the work.

How will the Funds Be Used?
All donations received for this project will be used to purchase equipment to establish the entomology collection in Belize, four mist nets for the capture of bats (capture, identification, collection of insect ectoparasites, and release of the bats), and to provide lodging and meal costs at TREES associated with the bat and insect inventory. All seven biologists conducting these inventories are donating their time and are also paying their own travel and incidental costs (airline and ground travel costs, additional equipment costs, leisure costs) and will not be receiving financial incentives for working on this project.

All of the entomology equipment purchased by your donation will remain in Belize to establish their insect collections. This equipment includes 24 California Academy of Science specimen drawers, unit trays (used for pinning specimens) and pinning bottoms for all 24 drawers, fumigant and desiccant supplies, collecting and storage vials, and stainless steel insect pins. Any additional equipment to be used for this inventory (e.g. light traps, pitfall traps, nets, forceps, etc.) will be provided by the biologists.

Please feel free to contact the project leader (David Wyatt) via email if you would like more information. He can be reached at wyattd@scc.losrios.edu. Thank you.

This project asks for funding to purchase the entomology collection materials that will establish the insect collections and to purchase four bat mist-nets for the capture of bats in the bat inventory. In addition, funding is requested to cover the field station costs of the seven biologists that will be conducting the inventory and establishing the entomology collections. The Toucan Ridge Ecology and Education Society field station will be the base of our operations with the collection to be housed and maintained at Toucan Ridge.

The researchers are donating all of their time for the project (nearly 1,000 hours of work in total) and are also covering all of the travel costs (both airline and in-country travel) as well as all incidental expenses while in Belize or while traveling. All other equipment that is not covered in this request will be provided by the researchers and through partnership with the Bohart Museum of Entomology at the University of California Davis.

In addition to the Bohart Museum of Entomology, another collaborator on the project will be the Biodiversity Center of Belize (associated with the City University of New York). They will be conducting DNA barcoding of the specimens at their research institute in Dangriga (insects as well as the bats). We are thrilled with this opportunity to work with The Biodiversity Center of Belize to add DNA into the catalog of the species we encounter.

We are really excited to have Dave and his gang join us as at our field station in Belize! We are located in a very biodiverse region where few studies have ever been conducted on flora and fauna diversity. We are losing habitat in this area at an alarming rate due to increased immigration into the surrounding areas that are mostly unprotected. This project is a critical first step to maintaining the biodiversity of the area as we continue to work with the nearby villagers and government entities to protect this unique and important habitat! 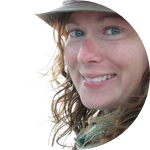 Vanessa Kilburn
Director and Program Manager of Toucan Ridge Ecology and Education Society
This project is an excellent example of supporting important baseline biodiversity research about healthy intact rainforests. Dave is one of the most dedicated and talented field biologists I know. He has a long track record of successful scientific field studies and using that work to inspire students, local community members, and colleagues to become aware of and care about both insect and bat communities. Please support this important work. 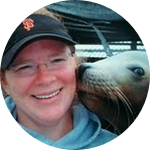 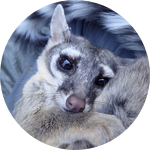 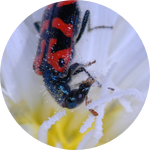 David Wyatt is a biology professor in the Field Ecology program at Sacramento City College and has been leading trips to Belize since 2003. He is a past president of the Pacific Coast Entomological Society and has been working with bats and insects in Belize and elsewhere. David has been involved with entomology since 1986 and has been working with bats since 1996. He is currently co-chair of the California White-nose Syndrome Steering Committee and continues to be a consulting wildlife biologist for agencies and private industry.

I am a biology professor at Sacramento City College where I teach courses in the Field Ecology program. I am a wildlife biologist with research interests in mammalogy and entomology and I specialize in working with ringtails (a relative of raccoons, coatis, and kinkajous) and bats. I also have a love of all things dealing with entomology. One of my favorite places to travel to is Belize in Central America - I have been fortunate to be able to go to Belize numerous times during the last decade. Recently (2014) I funded on this website an entomology project in Belize. That initial project has now blossomed into multiple University field classes in Belize and the beginnings of a biodiversity inventory project for the northern Maya Mountains of Belize.

I am an entomologist and evolutionary biologist whose Ph.D. work at the University of California, Davis was on tenebrionid beetles. I currently teach full time at Folsom Lake College. I teach BIOL 420 Zoology, BIOL 300 Introduction to Biology, BIOL 100 Introduction to Anatomy and Physiology, BIOL 386, BIOL 380, BIOL 388, BIOL 382 which are natural history field courses and BIOL 350 Environmental Biology. I have taught at Sonoma State University BIOL 115 - Introduction to biology, BIOL 120A and 120B - Critical thinking in the sciences, SCI 120- Watershed Year, BIOL 224 - Human physiology, and BIOL 323 - Entomology in the Biology Department at Sonoma State University and also taught at Sacramento City College a variety of courses ranging from Anatomy & Physiology, Contemporary Biology, and Environmental Biology. I received my B.S. in Evolution and Ecology and my M.S. and Ph.D. in Entomology from U.C. Davis. I have organized several symposia and given talks on beetles for the national meeting of the Entomological Society of America. My photographs of insects have been included in several biology textbooks. I also recently authored a children's book on the California dogface butterfly through the Bohart Museum of Entomology at U.C. Davis. I continue to work/volunteer at the Bohart Museum of Entomology in my time off from teaching.

For some pictures of insects and bats from Belize, check out this website: http://bassariscus.me/latest-news/belize-research-2014/

Be sure to check out the webpage for the Toucan Ridge Ecology and Education Society at: http://treesociety.org

And, the Bohart Museum of Entomology at the University of California Davis has a webpage at: http://bohart.ucdavis.edu

A new collaborator on this project is the Biodiversity Center of Belize (City University of New York) who will be doing DNA barcoding of specimens collected for the entomology collection - http://www.biobelize.com