Diseases, particularly Chlamydia and koala retrovirus, play a key role in the decline of koala populations across northeastern Australia. South Australia (SA) koalas have a lower incidence and severity of these diseases, with Kangaroo Island free from Chlamydia. Therefore, these koalas may serve as insurance populations for the future of the species, and it is of great importance to undertake further health status and disease interaction research in SA koalas.

Chlamydia and koala retrovirus (KoRV) are the main pathogens affecting koalas in Australia, causing significant declines particularly in the northern populations. The Mount Lofty Ranges (SA) koala population has lower severity of chlamydial disease and Kangaroo Island koalas are Chlamydia- free. SA koalas also have a lower prevalence of KoRV, and only a single case of cancer (lymphoma) has been reported.

Other diseases such as koala herpesvirus have not been reported in SA, and the impact of parasitic infections and other co-infections is poorly understood. This study will describe the prevalence, pathology and interactions of diseases in SA koalas to fully understand the health status of these koalas. This will enable us to strategically conserve and manage future koala populations.

It is known that there are a wide range of disease threats to koala populations across Australia, and SA koalas may have lower prevalence and severity of disease than their northern cousins. Therefore, investigating the prevalence, interactions and pathology of diseases in SA koalas has important outcomes for the koala species, as SA koalas may serve as future insurance populations. Furthermore, determining the health status of SA koala populations has been identified as a key objective in the recently published state government South Australian Koala Conservation and Management Strategy.

To investigate the prevalence, pathology and interactions of Chlamydia, koala retrovirus and other diseases within the SA Mount Lofty Ranges population.

We have already collected samples from 150 koalas within the SA Mount
Lofty Ranges population. These samples are being analyzed for KoRV, Chlamydia and Herpesvirus status. We will use the pathology, histopathology and molecular studies results to establish the presence of other diseases, with preliminary findings showing co-infections with herpesvirus, pneumonia and parasitic infections in SA koalas.

This project has important outcomes including recommendations for conservation, translocations, establishing insurance populations and management of koala populations Australia-wide.

To understand the pathology and interactions of diseases that affect SA koalas, accurate diagnosis using molecular and histopathological techniques is essential.

This project currently has a cohort of 150 koalas which are being investigated for a range of diseases including, Chlamydia, koala retrovirus, koala herpesvirus, oxalate nephrosis, pneumonia, and parasitic infections. These funds will contribute towards the diagnosis of disease in these koalas through;

Collating the interactions of these diseases and understanding their effect on the South Australian populations will be essential in the strategic conservation planning for the koala species.

This is a really important project to understand the complexities of co-infections and what effect these infections have on the overall health of the Koala population in South Australia. To have a disease free population of koalas would be a significant contribution to the conservation of this iconic species. 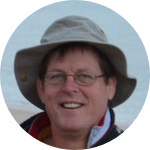 The samples for this study are already collected and molecular diagnostics have commenced. The final DNA extraction should be completed by the end of June 2019, with the focus then on completing the molecular testing for Chlamydia, KoRV and herpesvirus.

Histopathological slide production of all samples is aimed to be finished by July, with special stains and analysis to follow. 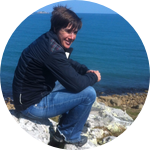 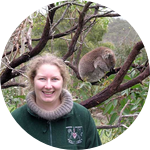 The University of Adelaide has a strong research team in wildlife health with each member contributing knowledge and skills in their area of expertise. We have strength in veterinary medicine, virology, microbiology, pathology, epidemiology and one health. These attributes are fundamental in the cohesion of our group and the management of exciting and fascinating wildlife projects.

Australian wildlife has always fascinated me and driven my enthusiasm to complete a veterinary degree in Sydney and go on to study koalas in my PhD at the University of Adelaide, Australia.

My working life starting in scientific research, working in the areas of immunology, diagnostic testing, microbiology, therapeutics and quality control. I completed my Veterinary Science degree at the University of Sydney, Australia and worked in small animal practice in Adelaide. I then decided to follow my passion in wildlife health and carry out at PhD at the University of Adelaide on the interactions of disease in South Australian koalas with a focus on koala retorvirus (KoRV).

Natasha Speight has been a researcher of koala disease for over 10 years at the University of Adelaide and focusses on the health of South Australian populations. Natasha has published on a range of koala diseases including Chlamydia, Koala retrovirus, oxalate nephrosis and sarcoptic mange.

Lucy Woolford is a specialist veterinary anatomic pathologist who has been investigating the diseases of and threats to the health of Australian wildlife for the past 14 years. Her particular interests include novel and emerging infectious diseases of Australian marsupials (particularly koalas, wombats and bandicoots) and marine mammals, as well as the impact of habitat degradation and loss on wildlife conservation.

A/Professor Farhid Hemmatzadeh is a virologist at the School of Animal & Veterinary Sciences The University of Adelaide, Australia. Farhid has over 20 years’ experience in research and teaching at the field of animal viral diseases including paramyxoviruses, herpesviruses, pestiviruses, retroviruses, parvoviruses and influenza viruses.

In the last 12 years, since the pandemic of highly pathogenic influenza viruses, Farhid has been involved in research, development and assessment of diagnostic test and the vaccination strategies for avian influenza in South East Asia especially in Indonesia.

A/Prof Hemmatzadeh has supervised a number of PhD projects and led international collaboration in the field of animal viral diseases.

A Message of Thanks
Koalas in South Australia