The Critically Endangered mountain chicken is native to only two Caribbean islands. Both populations have been decimated by the fungal disease chytridiomycosis, leaving only 2 known individuals on Montserrat and approximately 130 on Dominica. Previous experimental reintroductions of captive bred individuals have shown strong seasonal variation in disease impact. During the dry, cool season widespread chytridiomycosis driven mortality was recorded, where as during the warm, wet season there were no signs of disease or mortality. Using environmental manipulations within a forest enclosure in the mountain chickens' native range, we plan to make the environment unsuitable for chytrid throughout the year, enabling a population of captive bred individuals to survive long-term.

The amphibian disease chytridiomycosis has been linked to the recent extinction of over 120 species and as such poses a significant threat to the stability of both local and global ecosystems.

The success of this project will see the establishment of the first breeding population of mountain chickens on Montserrat since 2009, when an outbreak of the disease caused near extinction.

The techniques developed in this experiment could provide a scalable and effective solution to the chytrid epidemic, which could be used on a global level to stabilise amphibian populations threatened by chytrid, allowing them time to adapt naturally to the introduced disease.

Our goal is to evaluate the efficacy of a temperature refuge from chytridiomycosis on the diseases pathogenicity in the Mountain Chicken (Leptodactylus fallax).

In order to do this we will perform a world first assessment into the viability of scalable environmental manipulation techniques, designed to raise the temperature of the environment out of the range suitable for the chytrid fungus. This will enable us to mitigate the impact of the disease on the population.

We also aim to engage the local & global community through coordinated outreach initiatives, to monitor background chytrid levels in local reservoir species and to survey previous historic range in an attempt to discover individuals resistant to the disease.

The additional support sought here will contribute to the continued upscaling of the project in preparation for the second phase, the return of the Mountain Chicken to Montserrat.

Assessment of background Chytrid levels in reservoir vector species (tree frogs), both at the proposed release sight and control sights.

Provision of sheet metal required to prevent rats from entering the release sight area. This smooth surface will be lubricated and bent at a 45° to prevent scaling.

Outreach to schools, fliers, posters for classrooms and public areas.

Contribute to the funding of our in-situ field team.

This project follows many years of research conducted by the Mountain Chicken Recovery Programme partnership. The team leading this research include world experts in mountain chicken ecology, captive-breeding husbandry and wildlife disease. The next step in securing the future of the mountain chicken on Montserrat cannot be achieved without answering the questions posed by this study. 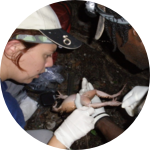 Sarah-Louise Adams
Trust and Grant Fundraising Officer
Durrell Wildlife Conservation Trust
The chytrid fungus has caused the extinction and decline of hundred's of amphibian species around the world. Currently there is no way to cure or mitigate the effects of this fungus.This exciting and ground-breaking project will trial whether it is possible to help a chytrid-prone species to survive in the presence of the fungus, through manipulating the environment. This research builds on the experience of the project team and if successful would be a global first and provide hope for hundreds of chytrid impacted species. 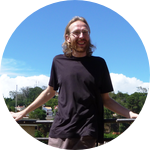 Jeff Dawson
Field Conservation Programmes Coordinator
Durrell Wildlife Conservation Trust
This project is the result of several years of planning by the Mountain Chicken Recovery Programme and is a crucial next step if we are to ensure that the mountain chicken frog persists on the island of Montserrat. Furthermore, the methods developed by the project team may be applicable for use with other species undergoing chytrid mediated population declines. 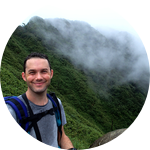 Benjamin Tapley
Mr
Zoological Society of London
This project is being undertaken as a component of the Mountain Chicken Long-term Recovery Plan 2014-2034, and will help achieve key objectives in the Mountain Chicken Action Plan. It will also be of global significance where the information generated by the project might be able to help develop potential solutions for other amphibian populations affected by chytrid. 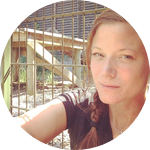 Phase 2: release of captive bred mountain chickens into a predator proofed enclosure based in the forest in the historical range of the species.

Throughout both phases surveys of background chytrid levels and historical range of the mountain chicken are planned. Backers can expect regular monthly progress report, blogs and social media updates.

Start of phase 1,  Research Assistant to travel to Montserrat in order to begin implementing and adapting environmental management techniques. 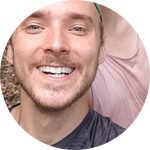 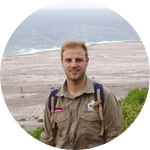 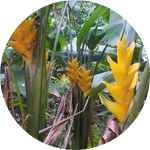 Having studied and worked with Durrell & The Mauritian Wildlife Foundation in the field on my PGDip in Mauritius I gained valuable experiences in endangered species recovery initiatives and the challenges of conducting research projects in small island ecosystems.

Since leaving Mauritius I worked as a Lecturer and Education Officer at West Midland Safari Park, where I developed modules in "Wildlife Ecology & conservation" & "Managing Volunteers". I also gained valuable experiences in communicating the importance and value of wildlife and wildlife conservation to a whole myriad of audiences from primary & secondary school students all the way through to the general public. Much of this work was conducted in the form of public outreach sessions to schools or practical led "Discovery Sessions".

Having been recruited to the Mountain Chicken Research Project (MCRP) as a Research Assistant I am finally able to combine the knowledge from both of these experiences into one role.

It is my role to coordinate Durrell's activities here on the ground in Montserrat. Ensuring that phase 1 of our reintroduction initiative is executed successfully and modified as needed in preparation for the beginning of phase 2. This will include establishing the native live-feed colonies, conducting the environmental manipulations described in the research section of this grant. As well as coordinating outreach initiatives for the project in the form of regular project updates on our social media sites and website, as well as outreach to local schools and community engagement in the project.

Mike Hudson is a Durrell-IoZ Conservation Research Fellow at Durrell and ZSL. Mike works predominantly on amphibian conservation with a focus on infectious disease and the monitoring of wild animal populations. He also provides scientific support to Durrell's wider conservation science programme.

Mike is the Scientific Lead for this project. Mike was responsible for designing the experiment, informed by his previous research on seasonal variation in disease impact during experimental reintroductions of the mountain chicken.

Mike conducted his PhD on the conservation management of the mountain chicken frog with Durrell, ZSL and Durrell Institute of Conservation and Ecology, University of Kent. Mike's work on the mountain chicken has included two world's first conservation interventions. The first was a field based individual anti-fungal treatment during the disease epidemic which was successful in the short-term but did not provide long-term protection. This trial was interrupted a volcanic eruption and when the team returned to the island, the species had declined to near-extinction. The second a series of experimental reintroductions of captive-bred mountain chickens back to Montserrat in the face of endemic chytrid infection in reservoir species. This project showed a strong seasonal variation in the continued impact of chytridiomycosis and is the basis for the design of the current project.

Mike has worked across Durrell's science programme with a continued involvement in conservation research in India, Madagascar, Mauritius and across the Caribbean. This work involves amphibians, birds, mammals and reptiles.

The habitat manipulation methods mentioned above aim to increase the temperature of the mountain chickens environment outside of the optimal range for Chytrid (>30°).

These manipulations will include:

- The provision of permanent solar heated ponds to temperatures >30°.

These methods are well supported in the literature as methods to combat chytridiomycosis infections, yet up to now remain untested in the field. The mountain chickens will also have access to un-manipulated, shaded areas and permanent ambient ponds in order to test the efficacy of the interventions at a simulated landscape scale.

We will breed populations of native & endemic insects for supplementary feeding of the mountain chickens during the initial release phase. This will help to ensure all individuals are in peak condition and best equipped to combat any chytridiomycosis infections. This will be the first time that an invertebrate species endemic to Montserrat has been bred in captivity.