Oil and gas exploration in shale areas, known as fracking, has led to large increases in hydrocarbon air toxics emissions in typically rural landscapes with little to no air quality monitoring. We plan to work with outreach personnel from an environmental NGO to supply volunteers in selected areas with passive sampling cartridges to monitor weekly average exposure to selected hydrocarbon air toxics. Samples are analyzed using gas chromatography, and data is provided weekly and shared broadly.

Air pollution in shale areas is poorly researched. Emissions, including air toxics, from oil and gas production sites are comparatively small, but there are literally hundreds of pads in many counties, often surrounding private properties. Thus, air pollutants carried from these sites by the wind can impact people from many directions 24/7, and numerous cases of nuisance odors and related sicknesses have been reported for many years now in various shale areas. However, since exposures are generally low, and often intermittent, short-term air quality monitoring by state officials usually does not reveal a (legal) problem.

Our approach to air toxics monitoring is different: Instead of a "grab sample", a short-term air sample providing a snapshot of air quality, or the deployment of sophisticated and expensive air monitoring equipment for long periods, we offer to collect air pollutants passively onto small cartridge samplers. Volunteers in shale areas with nearby oil and/or gas production sites install the samplers on their property, and return them to us on a weekly basis for analysis. We analyze for a series of hydrocarbons, including air toxics such as benzene, and provide a weekly replacement set of samplers.

By deployment onto people's private property near production (or midstream, aka oil and gas handling) sites, we derive actual mean average exposure to the emitted air toxics where people live.

Funds for raw materials and shipping costs provide the basis for this pilot project. We hope to be able to sustain three sampling locations in an area for one year, if all samplers can be shipped together once a week. The targeted area is near Balmorhea State Park in the Permian basin in northwest Texas, to where we would deploy an extended weather station to support the interpretation of our weekly hydrocarbon data. Thus, the additional costs are related to sustaining the project, including funds to support an undergraduate student familiar with the analytical procedures.

There is a paucity of environmental data in active shale play areas in our nation. Currently, most air quality data collected is in and around urban areas. The proposed research provides a low-cost solution for generating air quality information in data-scarce regions. The hydrocarbon data gathered will assist with impact assessment of unconventional energy sources on rural and regional air pollution. This citizen-science approach will allow for a better understanding of air pollution exposure on human health. 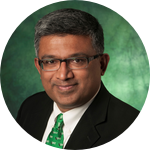 If funded, we will immediately scope for deployment sites with the help of local contacts. Deployment would be accomplished in fall 2018, and shipments would be received and analyzed on a continual basis from there on for approximately 50 weeks. After deployment, we will initialize a webpage for data/results dissemination and associated blogging to the public, provided we receive permission from the respective site owner/volunteer to do so.

deployment to one or more sites

what we have learned from our measurements so far 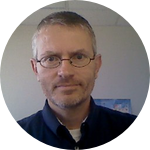 I have 25 years of experience in atmospheric trace gas measurements. I received a PhD in Chemistry from Johannes Gutenberg University in Mainz, Germany, in 1997, then spent five years at UC Berkeley as a researcher, before moving on to an academic faculty position. I came to Texas A&M as an Assistant Professor in 2005, and was granted tenure in 2012.

My current research interests surround the pollutant emissions from unconventional oil and gas exploration in shale areas, and their impacts on atmospheric chemistry and public health. My graduate student and I have published four related manuscripts on fracking-related air pollutants in Texas in the peer-reviewed literature, and I wrote a popular science article about this problem in The Conversation US in 2017.