Our aim is to describe the new remains and clarify the phylogenetic position of Simomylodon uccasamamensis, a medium-sized ground sloth from South America, belonging to the Mylodontidae family. This sloth inhabited the Bolivian Altiplano around the Mio-Pliocene boundary, after an important phase of Andean uplift and just before the Great American Biotic Interchange (G.A.B.I.). For these reasons Simomylodon is one of the last endemic representatives of the South American evolutionary experiment.

During recent paleontological expeditions to the Bolivian Altiplano, many remains belonging to mylodontid ground sloths have been found and are currently housed in the Museum of Natural History of La Paz. Many of them can be referred to S. uccasamamensis, a medium-sized ground sloth that lived in the region near the time of the Mio-Pliocene boundary. This new material includes several complete skulls and mandibles, and numerous postcranial remains. A preliminary description of this animal was published in St-André et al. (2010) on the basis of fragmentary remains. The new material opens the way for new studies on this taxon, including detailed anatomical descriptions, an analysis of intraspecific variability (e.g., sexual dimorphism), and the identification of its phylogenetic position.

South American faunal assemblages of this age (Upper Miocene-Lower Pliocene) are the last associations of endemic mammals before the Great Interchange, the results of what G. G. Simpson once termed “an experiment without a laboratory, fortuitously provided by nature”.

The new available material will shed light on one of the last representatives of this extinct fauna, revealing its anatomy, peculiar adaptations and phylogenetic position.

This last point –understanding who it's most closely related to– is crucial for any further study on the group it belonged to: the family Mylodontidae. They were the first group of sloths to radiate in South America, spreading into North America in the Plio-Pleistocene and vanishing just 10.000 years ago with most of the megafauna of the Western Hemisphere.

The investigation of the new remains of Simomylodon will cover several topics.

Primarily we will be preparing a detailed description of the osteological features of the species, of both the cranial and postrcranial remains. We will also use CT scanning techniques to improve our knowledge about detailed features of the braincase. We will then evaluate infraspecific variability (the differences among individuals in the same species) that may be related to ontogeny and/or sexual dimorphism.

The remains of Simomylodon uccasamamensis that will be studied were found in the last few years. They are already restored, and they are currently housed in the Museum of Natural History of La Paz (Bolivia).

The budget items here listed will allow one of us (A. B.) to travel from Argentina to Bolivia and work in this institution for about one and a half months. During this time all the remains of S. uccasamamensis will be analyzed in detail, both morphologically and biometrically. CT scanning of the best preserved skulls will take place at a local medical clinic, in order to reconstruct the internal braincase anatomy and push the detail of the anatomical description further.

The funding goal, if reached, will be used to bring this project to a complete and successful conclusion without the need of any further fundraising.

This projet is very welcome. For over a century, the main corpus of knowledge about Cenozoic mammalian faunas of South America was based, and to certain extent restricted, to those coming from outcrops from Patagonia and the pampas of Argentina. Although in the last decades this started to change thanks to the efforts of many South American colleagues and others from other continents, the knowledge of the faunas from other regions, like the Andes, is still far from being complete. In this respect, the efforts by Francois Pujos in Bolivia are re 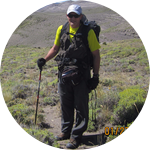 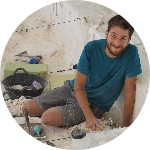 The University of Tennessee at Chattanooga
View Profile 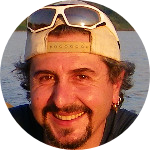 I'm an Italian paleontologist, with a passion for fossils since I was four and an ever-growing love for life and all its endless forms.
After a bachelor's degree in Natural Sciences at the University of Padova I attended a Master degree in Paleontology at the Autonomous University Barcelona, where I had the opportunity to study the origin of the critically endangered Iberian lynx. The results of my thesis were published in the scientific literature and echoed in some international media, like:
http://www.natureworldnews.com/articles/17862/2015...
http://www.business-standard.com/article/news-ians...
http://www.elmundo.es/ciencia/2015/10/28/5630a3fac...
http://www.elperiodico.com/es/noticias/ciencia/lin...
http://www.abc.es/ciencia/abci-primer-lince-iberic...

Now I'm a PhD student in Mendoza (Argentina) and my new project is about the ground sloths of the Bolivian Altiplano, with the aim to shed light on the taxonomy, the phylogeny and peculiar adaptations of the xenartharn species that inhabited the heart of South America just before the Great American Biotic Interchange (G.A.B.I.).

Dr. Tim Gaudin received his B.S. in Zoology from The University of Georgia in 1987, and his Ph.D. in the Department of Organismal Biology & Anatomy at The University of Chicago in 1993. After a year as a Visiting Professor at the College of the Holy Cross (Worcester, MA), he accepted a position in the Department of Biological and Environmental Sciences at the University of Tennessee at Chattanooga in 1994, where he has remained since and where he is currently UC Foundation Professor and Associate Head. He teaches courses mainly in the areas of Vertebrate Zoology, Mammalogy, Evolution, and Human Anatomy. Dr. Gaudin has been a Research Associate in the Department of Geology at the Field Museum of Natural History (Chicago, IL) since 1994, a Research Associate in the Section of Mammals at the Carnegie Museum of Natural History (Pittsburgh, PA) since 1999, and has twice been a Visiting Scientist in the Department of Paleobiology at the Smithsonian’s National Museum of Natural History (Spring 2002; Summer, 2004). His research expertise lies in the area of mammalian systematics, paleontology, and evolution. More specifically, he is an expert on edentate mammals, i.e., armadillos, anteaters, sloths and pangolins. He has authored or co-authored over 100 scientific publications, including more than 40 peer-reviewed research articles in professional journals, and co-edited one book. He has been a reviewer for more than 30 different scientific journals, granting agencies, and textbooks, and is currently on the editorial board for the Journal of Mammalian Evolution. He has been the recipient of two major research grants from the National Science Foundation, and has received numerous smaller awards from different granting agencies. He has been actively involved in sponsoring student research at UTC, including over 85 undergraduates, 9 Honors students, and 5 graduate students.

Having received a Doctorate degree from the National Museum of Natural History of Paris, I am former Researcher of the French Institute of Andean Studies and currently Senior Researcher of the Argentinean Scientific and Technical National Research Council. As a paleontologist specializing in the systematics and evolution of South American Paleogene and Neogene mammals (e.g., Xenarthra), I have organized 25 field missions in several countries of South America. As a collaborator on a multidisciplinary team, I have also participated in the discovery of several new vertebrate communities in the Bolivian Altiplano and Peruvian Amazon and described new taxa, including several ground sloths.