Batrachochytrium dendrobatidis (Bd) is causing catastrophic declines in amphibians worldwide. However, its impact varies widely between species and populations with a potential for coexistence in some host-pathogen systems. We aim to identify areas in Catalonia (NE Spain) where Bd is present but has little impact on amphibian populations. Understanding the mechanisms that underlie this coexistence may be key to mitigate the ongoing loss of biodiversity caused by Bd.

Chytridiomycosis is an emerging disease caused by Batrachochytrium dendrobatidis (Bd) that is generating severe declines in hundreds of amphibian populations worldwide, including at least 90 species extinctions. This is the greatest documented loss of biodiversity caused by a pathogen.

To date, there is no effective mitigation strategies to fight this catastrophic disease in natural populations. Interestingly, the impact of Bd shows a wide range of outcomes and some species or populations seem to coexist with this pathogen.

Understanding the situations where the pathogen is present but has no impact on the population may be the key to detect the variables that could be studied to mitigate the consequences of this global crisis.

Amphibians are the most endangered vertebrates on earth, with 41% of species classified as Threatened. Catalonia (NE Spain) host sixteen amphibian species and despite Bd having been occasionally detected in the territory, the pathogen has not been linked to mass mortality or amphibian population declines.

Obtaining baseline data on the distribution of the pathogen and its consequence on amphibian populations will be key to detect situations of coexistence and to study the mechanisms underlying it. This information will open a huge range of research possibilities that could boost the conservation science on amphibians worldwide.

Based on previous information on Bd presence and population trends, we hypothesise that some amphibian species and populations in Catalonia live in coexistence with Bd.

Our first goal is to determine the distribution and prevalence of Bd in amphibians from Catalonia. We will train local organisations involved in amphibian monitoring to collect swab samples from amphibians present in their area. We will obtain 325 amphibian samples within 13 wetlands in Catalonia (25 samples per area) to create baseline data on pathogen distribution.

Our second goal is to link this information with amphibian population trends in order to detect coexistence situations. Finally, our third goal is to create an amphibian sample bank that could be used by researchers worldwide.

Funds will be used to:

- Purchase a freezer to keep the samples in order to start a sample bank ($600).

- Determine if swab samples are positive for Bd using a qPCR that will also allow us to quantify Bd DNA (10$ per sample).

Emerging diseases such as Bd are a serious threat to amphibians worldwide. Studying the processes of coexistence in some species or populations is an essential approach to understand the host-pathogen interaction. I strongly believe this initiative is key in the mitigation strategies to control chitridiomicosis and improve amphibian conservation. The team led by Dr Johan Espunyes have been studying wildlife diseases for many years and I have no doubt they will complete this project successfully! They have my full support. 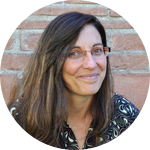 Surveillance will begin in spring 2020, coinciding with the reproductive season in each area because breeding aggregations increase the probability of detecting the pathogen. Previous to that period, we will train local organisations in handling and swabbing amphibians and we will compile data on population trends. To reduce travel expenses, we will geographically group the organisations to realise only 5 training dates. Once the samples collected, we will analyse them in our lab. 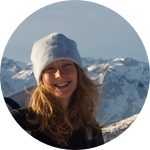 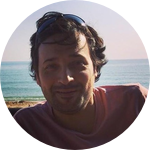 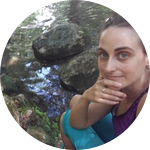 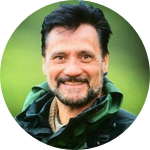 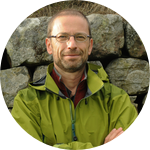 The Wildlife Ecology and Health Group (WE&H) is a group of researchers focused on the study of wildlife with a multidisciplinary approach. We integrate ecology, pathology and statistical modelling to address wildlife health and management issues.

I am a researcher in wildlife population health at the Wildlife Ecology and Health Group (Autonomous University of Barcelona, Spain). I am a veterinarian with a PhD in wildlife ecopathology and my work has been mainly focused on Pyrenean chamois diseases and ecology as well as amphibian diseases.

I am a PhD candidate supervised by Dr. David Newell, Dr. Catherine Nock, Dr. Laura Grogan and Prof. Hamish McCallum. I investigate the mechanisms underlying resistance and tolerance to amphibian chytridiomycosis by comparing the responses of experimentally challenged Flea’s barred frogs (Mixophyes fleayi). As a veterinarian with a passion for wildlife, my main research interests are the ecology and epidemiology of infectious diseases in wild animals and its application into conservation. Ultimately my career goal is to contribute to the sustainability of wild animal populations and ecosystems through critical research and help in raising public awareness.

I am full researcher at the Wildlife Ecology and Health Group (Universitat Autònoma de Barcelona, Spain). My area of research is focused on the study of the drivers of the emergence and re-emergence of pathogens in wildlife populations of several endangered species.

I am pursuing a PhD in wildlife health, more specifically related to endangered species and supervised by Dr. Óscar Cabezón. In the middle term, I would like to obtain a ECZM certificate in Wildlife Population Health, in order to have the possibility to work for conservation and the health of wildlife, which always has been my most desired goal.

Working with diseases of reptiles and amphibians for the last 30 years. Cofounder of the Catalonian Reptile and Amphibian Rescue Center (CRARC). Veterinary of several conservation projects like the Conservation Program of the El Hierro and la Gomera giant lizards (Canary Islands), the Conservation Program of Hermann's tortoise in Catalonia, the Rewilding Program of Giant tortoises in Mauritius Islands, and the INTERREG-ECTOPYR Research Program on climate change and herpetofauna in the Pyrenees (France & Spain). My area of research is focused on pathology and conservation of endangered reptiles and amphibians.

I got a Degree in Veterinary Sciences at Universitat Autònoma de Barcelona (UAB) in 1989 and a PhD at the same University in 1995. Since 2002 I am Associate Professor at UAB. I am lecturing on wildlife diseases as part of the veterinary degree, MSc and PhD programs, where I have mentored 11 PhD students. I have acted as principal researcher in numerous projects, grants and contracts on wildlife diseases and I am coauthor of more than 140 scientific publications. My research interest is conservation medicine, which includes the study of viral, bacterial, fungal and parasitic diseases of wildlife.

5 Lab Notes Posted
End of the campaign
Meet the largest European newt species!
Where are we going to realize our surveys?

Once we detect coexistence situtations, we will be able to focuss our research effort on them in order to determine how amphibians deal with the chytrid infection.

During this project, the detection of mortality events or population declines associated to Bd occurrence will be declared to the Government of Catalonia which will set off appropriate conservation actions towards affected species.

All this work is approved by the Government of Catalonia and will be realised with the scientific support of the Catalonia Reptile and Amphibian Rescue Centre (CRARC).

Thank you all for your support!