One of the greatest joys for those who want to start a family is to be pregnant and have a healthy baby. Based on our previous research, this natural course may be threatened by hydraulic fracturing or “fracking” for gas and oil. We seek funds to scrutinize the suspected link between fracking and hormone disrupting activity in drinking water. Rigorous scientific studies are essential to inform regulators about the safety of this process.

Thousands of man-made chemicals have the potential to disrupt hormones in humans.

Hormones are required for normal development, growth and fertility. Chemicals that can alter normal hormone function are known as hormone disrupting or endocrine disrupting chemicals. These hormone disruptors have been associated with infertility, obesity, diabetes, cardiovascular disease, behavioral disorders and many other negative health outcomes in humans as well as animals.

Hydraulic fracturing for natural gas and oil (fracking) is a potential source of hormone disruptors.

Fracking involves the underground injection of up to several million gallons of water and up to tens of thousands of gallons of chemicals under high pressure to release trapped oil and gas. Fracking has dramatically increased since the 1990s largely due to the development of horizontal drilling combined with hydraulic fracturing. Spills of fracking fluids are common, for example, over 500 spills were reported in Colorado in 2013.

Our co-investigator (Vengosh) and colleagues have found: 1) The closer you live to natural gas wells, the higher the methane (natural gas) in drinking water 2) Shallow drinking water aquifers can be connected to deep shale formations 3) Disposal of fracking waste can contaminate streams with chemicals and radioactivity.

Fracking has exemptions from parts of 6 key federal regulations, including the Safe Drinking Water Act.

We have little information about the impact of fracking on water quality and human health, and thus an urgent need for our research study.

There are hundreds of chemicals used in the drilling and fracking process known to be detrimental to human health.

A 2011 Congressional Report listed over 750 chemicals used in fracking. Many of these chemicals have known adverse human health effects and are priority EPA pollutants. A review of the literature for 350 fracking chemicals found that 75% impact sensory organs, respiratory, and/or gastrointestinal systems, 37% are known hormone disruptors, and 25% are human carcinogens.

Living in drilling dense areas or exposure to fracking waste is linked to disease.

For humans living close to fracking operations in Colorado, studies have found an increased risk for nervous and respiratory disease and cancer and an increased risk for congenital heart defects in babies. Other studies have found that exposure to fracking fluid, via spills or disposal, is associated with many adverse health outcomes in humans, pets, livestock, and wildlife species. Pregnant women and children are the most susceptible to effects from hormone disruptors. For more information, see references under Lab Notes.

It is essential to determine if fracking is contaminating water with hormone disrupting chemicals to protect human health.

We recently found an association between hydraulic fracturing (fracking) and hormone disrupting activity in water. Water from property with a spill or accident related to fracking had about double the hormone disrupting activity as water from property without spills. Money from this crowd funding project will be used to greatly expand this initial research. We will conduct a comprehensive water analysis in natural gas drilling dense areas including detailed water quality and geochemical analysis.

The ultimate goal of this project is to determine if fracking is contaminating water with hormone disruptors in order to better protect humans and wildlife.

If we reach our initial goal of $25,000, we have three stretch goals if we can raise $50,000. This would allow for detailed chemical analysis:

Our project goal is to examine the association between fracking and hormone disrupting activity in residential drinking water as the first step in protecting the health of our children. Hormone disrupting chemicals, also known as Endocrine Disrupting Chemicals, are chemicals that can alter normal hormone action. We study sex hormones, estrogens and androgens, which are required for normal development, growth and fertility.

Funds will be used for travel to collect water samples and for interviews with residents. A substantial portion will be used for lab supply costs: to process water samples, test for hormone disrupting activity, and analyze chemical composition. Salary support is not requested. Updates from this work will be posted on this web site, and findings will be presented at scientific meetings and published in professional journals. In addition, the results will be used as the basis for grant applications to the National Institutes of Health. 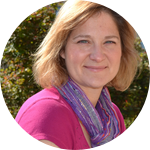 13 Lab Notes Posted
We are back from Colorado!
Live in Garfield County, CO?
Funded!

Part of our team, expert geochemist Avner Vengosh's paper was selected paper of the year in Environmental Science and Technology:
"Impacts of Shale Gas Wastewater on Water Quality in Western Pennsylvania"