Nowadays, computer-based learning games are marketed for a wide variety of ages--think of the recent rise in "brain training" games for adults. But these types of games were originally designed to be fun and interactive ways for children to practice their memory and language skills.

A wealth of research has shown that computer-based games can provide benefits for children academically, particularly those with learning difficulties. Computer-based games have been shown to help kids mature two years in language skills, be as effective in boosting reading skills as one-on-one therapy, and cause brain changes that strengthen attention and language.

In many cases, research into training games is conducted over the course of a short period and it's difficult to maintain participants in the study after the training is finished. I have access to a unique data set from a public school district that maintained records on their students after finishing the training program. I will be able to look at children's scores up to two years after finishing the training, as well as children who took a break and began training again.

I have unique access to state achievement test scores for students in elementary and middle school from 2006-2011. The students were using a suite of commercially available training games called Fast ForWord. Some students started in 2006, others as late as 2011, and some students stopped after one year, while others continued.
Using this data set, I will investigate:

All of the funds will be used to cover the costs of presenting and publishing the results of this project.

I think one of the most important responsibilities of researchers is to communicate their findings clearly and to a broad and appropriate audience. Because many educational therapists and school administrators may not have subscriptions to academic journals, I will publish these results in an Open Access journal. I will also submit the results for presentation at an education or reading themed conference, such as the American Educational Research Association or the Society for the Scientific Study of Reading. 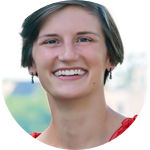 I earned my bachelors in Neuroscience at Colgate University and then pursued a Ph.D. at Northwestern University. I worked primarily with children with learning impairments (dyslexia and ADHD) and investigated how their brains' responses to speech might be different than those of their peers. My favorite project was working with students in their schools using classroom assistive listening devices, which help eliminate background noise for students. I found that kids improved in reading and had better brain responses to speech, but the biggest reward was hearing positive feedback from the children and their families.