Cape Citizen Science is a project that engages the public in research about plant disease in South Africa. Youth from Kayamandi, enrolled in the Vision Afrika program, would like to participate in the project, but cannot afford to travel to natural areas. We would like to provide these learners with an opportunity to become microbe hunters by covering the costs for a day of learning and sampling at a nearby nature reserve. Such an opportunity could lead to the discovery of a new species!

We believe that everyone has a little bit of scientist in them—it is the reason we are curious. Cape Citizen Science provides an opportunity to release that inner scientist.

We met with coordinators of Vision Afrika, an incredible organization that bolsters learner success in a township near Stellenbosch. They were excited about Cape Citizen Science and said it would be a good opportunity for their learners.

We want to involve their learners in Cape Citizen Science by organizing a sampling activity in an area that we have not yet visited (e.g. Jonkershoek Nature Reserve). They will learn about the importance of biodiversity, the threats posed by invasive species, and microorganisms as the cause of disease—all while contributing to research and releasing their inner scientist.

The research focuses on a group of plant-killing microbes called Phytophthora. These organisms are important because they cause many plant disease epidemics around the world (e.g. Sudden Oak Death, the Irish potato famine, jarrah dieback, Ramorum blight). More than 150 species of Phytophthora are known to science, but as many as 500 are estimated to exist. Phytophthora cinnamomi is the cause of root-rot in many plants in our project area, but little is known about the impacts of other Phytophthora species in the Cape Floristic Region.

We want to engage learners in research about the diversity of Phytophthora species in a nearby nature reserve. Depending on their interests, we will also create a mini-project to test a small-scale hypothesis so they can experience the scientific process.

The primary goal of this campaign will be the engagement of ±40 learners in the scientific process. We will document the activity and produce a video, which will list the names of the backers from this campaign. We will also write-up two popular journal articles, one about the engagement activity and one about the findings. The learners will have a chance to contribute to the above-mentioned deliverables and we will invite the most interested learners to continue contributing by joining us in the lab or in later field excursions.

The success of this campaign will demonstrate that there is public support for engaging disadvantaged youth in research and give these learners a chance to show the world that they can be scientists.

We would like to cover the costs for ±40 learners to join us on a sampling excursion. To do this, we need to:

3) and provide a small award to the most active citizen scientists (e.g. a field guide or a bookstore certificate).

The award will enable us to create a contest and incentivize participation, rewarding the learner who collects the most samples or the most Phytophthora. All of these costs are atypical project running costs.

Please note that contributions exceeding our goal will expand the impact. All funds received will contribute to the engagement of disadvantaged learners in Cape Citizen Science. More finances translates into more learners, more activities, and more unique experiences that will inspire a new generation of scientists, demonstrate that anyone can become a scientist, and excite new naturalists.

Plant pathogens pose a significant threat to native ecosystems and commercial farming and forestry operations. Management of plant diseases rely on solid quarantine, effective surveillance systems, research, and public engagement. With the proposed project the scientists aims to address all mentioned factors by training school children in disease recognition and the importance of quarantine. The research team has many years of experience in tree health management and microbial taxonomy. 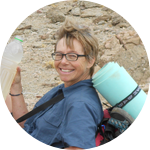 Jolanda Roux
Research Professor in Tree Health and Mycology
University of Pretoria, DST-NRF Centre of Excellence in Tree Health Biotechnology (CTHB), Tree Pathology Cooperative Programme (TPCP)
I am really excited for this project. I believe that it will give youth a great opportunity. 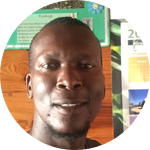 Mashudu Nndanduleni
Horticulturist
South African National Biodiversity Institute (SANBI)
By providing opportunities for scholars to engage in the citizen science process, there is an opportunity to sow seeds of interest in the natural world. Interest in the natural world encourages engagement with it - some of these scholars could well become our students of the future! 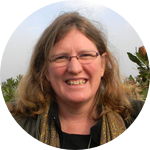 Professor Karen J Esler
HOD, Department of Conservation Ecology & Entomology
Stellenbosch University
This is a passionate and talented group of people doing an important project. Protecting Africa's plant diversity, and in particular the unique plant diversity in the Western Cape, South Africa, is critical to the future of the continent. And so is the development of a stronger science system. This project touches on both aspects - 1. identifying alien plant destroying pathogens for better management, and 2. involving and inspiring the youth to get involved in protection and in science. I strongly endorse it. 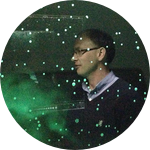 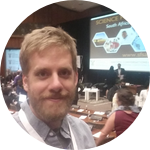 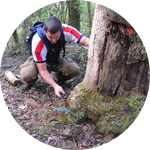 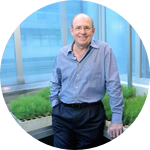 Together, with support from the Forestry and Agriculture Biotechnology Institute (FABI) and the 70+ backers from our previous campaign, we have initiated Cape Citizen Science.

Now, after more than a year of groundwork, we are back on Experiment with more clear deliverables and a small ask for a specific activity.

There are enormous opportunities to innovate within the interface between scientists and the public, and impoverished communities in South Africa are a great place to start.

I am a PhD Student at the University of Pretoria and an Affiliate Research Student at Stellenbosch University. I am part of an incredible team of researchers at FABI that turned my dream into a reality when we launched Cape Citizen Science.

So far, we have engaged more than 120 individuals in our research, we have developed an effective youth engagement activity, we have collected hundreds of Phytophthora isolates, and we have sequenced genes to identify species. Now, we are ready to collect more samples, test more hypotheses, discover more species, and engage more citizens!

Life did not take over the globe by combat, but by networking. This view of the natural world, the way in which all organisms interact with one another in intricate ways, to make the machinery of life work properly has long been a research focus of numerous scientists. These interactions, or symbiosis, between organisms is often a major driving force in the evolution on life on earth.

As faculty in the Department of Conservation Ecology and Entomology of the University of Stellenbosch (Diversity and Symbiosis research group) our work focuses on the diversity and interactions of fungi, plants and arthropods. I support this project fully, because a major factor impacting symbioses in a changing environment is man. The earlier that future scientists are exposed to impacts of our endeavors on the natural world, the faster they can help plan for possible solutions....and the best classroom for this is not the classroom at all!!

As Director of FABI I am proud to be part of the team behind Cape Citizen Science. The project offers many novel opportunities to South Africans and pioneers several methods of public engagement in plant pathology. While the proposed activity will facilitate research of global importance, it will also educate many youth, a combination that is seldom in South Africa, but very much needed.

We would like to thank Somkazi, Kutlwisiso, Aviwe, Hlomla, Sihle, and
Gcobisa, the students from Kayamandi, for volunteering to be part of the
video. We also want to thank Vision Afrika coordinators Zukisa Xegwana and Karen Sylvestor for their support and excitement to collaborate.

See the project methods section for additional details about the plan for the engagement activity.