Human females ovluate on a monthly cycle. Rabbits and many other mammals are physically induced ovulators. This means that rabbits ovulate due to a stimulus from mating. Last year we proposed that female orgasm in humans evolved from physically induced ovulation. We hypothesize that using drugs that inhibit orgasm in humans will reduce ovulation in rabbits compared to untreated females. The results of this study may have profound implications for the understanding of female sexuality.

Male orgasms have a specific biological function, sperm transfer. The female orgasm has no known specific biological function. We want to test our hypothesis about the ancestral roots of the female orgasm. We hypothesize that the female orgasm is a vestigial trait carried over from the time when ovulation was induced by copulation in our ancestors. We can’t test this on humans because humans ovulate cyclically. However, rabbits are still physically induced ovulators and we want to test whether female orgasm and rabbit ovulation have the same physiological basis. We plan to test our hypothesis by using drugs that, in humans, lead to the inability to have orgasm (anorgasmia). We predict that these drugs should prevent copulation induced ovulation in rabbits.

In the 20th century, Freud theorized that the fact that some women never experience orgasm during heterosexual intercourse was explained by the women being psychologically immature, an explanation with devastating effects on the woman's life. Other theories say that a man who cannot give an orgasm to his partner is sexually deficient. In contrast, our hypothesis suggests that neither of those theories is true. If our results show that female rabbits have lower ovulation rates if treated with drugs that inhibit orgasm in humans we will have data supporting our hypothesis that the female orgasm and copulation induced ovulation are evolutionarily related. Regardless of how the results turn out, we think that it is really important to know whether our model is supported.

This budget will allow us to conduct an experiment with 10 females in the control group and 10 in the treatment group and two males for breeding. Animal husbandry costs are calculated on the fee basis at Cincinnati Children's Hospital Medical Center for 22 animals over a two months period of housing. Oxytocin will be monitored to control whether copulation was successful. With more funding we will be able to reproduce this experiment with ferrets, another species with copulation induced ovulation. A second experiment with ferret would greatly strengthen the study.

I am very excited to endorse this experiment to advance our knowledge of female orgasm. There is far too little known about female orgasm, and we need more well-conceived experiments to expand our understanding of this special and vital trait and its evolutionary history. Pavlicev and Wagner are just the right people for this job. 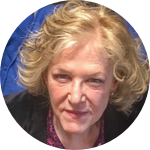 Elisabeth A. Lloyd
Tanis Chair of History and Philosophy of Science, Adjunct Prof. of Biology
Indiana University
Drs. Wagner and Pavlicev have proposed a compelling new hypothesis for the origin and function of the female orgasm. By investigating the biological connection between female orgasm and ovulation, their project will uncover the evolutionary roots of this fascinating physiological process. Moreover, their findings could have important implications for female sexual and reproductive health. The experiments are very well designed and will be conducted by internationally renown leaders in the field. 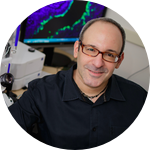 1. we will breed 10 females with the two males without intervention to first estimate the baseline pregnancy rate with the animals we have.

2. The experiment will include 4 weeks treatment with Fluoxetine prior to breeding.

3. Breeding and assessment of breeding success will be performed over a 4 week period with one control and one treatment female per trial and switching males between treatment groups at each pair of breedings.

4. Blood samples will be collected for hormone screen.

breeding rate estimates (item 1 above) will be available after six weeks.

the actual experiment will take another two month 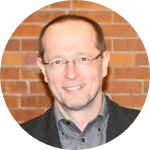 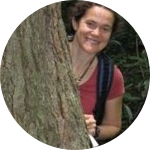 I am an evolutionary biologist interested in the evolution and origin of complex traits. Most recently my lab works on the evolution of mammalian pregnancy and the origin of novel cell types, and issues of women's health.

I am evolutionary biologist interested in how developmental structure affects the way the evolution changes traits, and results in a diversity that we see across species. In the recent years, my research has focused on explaining the evolutionary history of human female sexual traits- mostly reproductive traits involved in pregnancy, but not limited to these, such as menstruation and female orgasm. Understanding the evolutionary history of these traits will help us understand their developmental basis, as well as how they function, and why they sometimes malfunction the way they do.

8 Lab Notes Posted
Our study is now published in PNAS
Final version of our manuscript submitted to PNAS
The effect of fluoxetine on ovulation is not mediated by...