African rhinos are of great economic and ecological importance within their range states, but are threatened by poaching for their horns as Traditional medicine, ornaments and status symbols. Recent research has focussed on anti-poaching, dehorning and horn treatments as deterrents, with less interest paid to improving longterm management of these shrinking populations. This study aims to analyse behavioural, demographic and genetic patterns to compile a 'Genetic Metapopulation Management Plan'.

The numbers of rhinos poached each year in South Africa rose from 13 in 2007, to 1215 during 2014. The second greatest direct threat to South African rhino populations after poaching, is poor management, which can lead to deaths from fighting and reduced birth rates if fenced reserves are too small for the population to function and grow. The increase in poaching has led to the need to rapidly remove rhinos from high poaching zones, to safer and better protected reserves, but without the luxury of time for adequate planning. This research is focussed on designing a management protocol for reserve managers to know how many rhinos of what ages and sexes to move to new areas, based on the ability to forecast prospective reproductive and genetic fitness of the newly established population.

As deaths from poaching continue to rise in South Africa, we're reaching the stage where the rate of population growth from natural births, is lower than the rate of decline from deaths, and this could have catastrophic consequences on the future of this species. This project is taking a proactive approach by assessing the importance of various demographic factors on maximising the potential population growth rates when rhinos are moved to smaller and safer reserves for their protection. It aims to provide reserve managers, rhino owners and conservationists with a 'rule of thumb' approach to relocating rhinos, during a crisis that does not allow much time for extensive forethought and planning. This will be an immediately implementable and practical conservation tool for wildlife managers.

The lab work for this project was previously concluded (apart from the possibility of adding some samples to strengthen the dataset if needs be) and the current mission is accessing large behavioural and demographic datasets to complement the genetic information.

The next goal is to combine all the data compiled and accumulated to commence the modelling stage. This will allow us to play with population parameters to simulate how various demographic factors, such as levels of relatedness of rhinos within social groups and ideal founder numbers for new populations, could influence population persistence.

The end goal will be to compile all this information into a "Genetic Metapopulation Management Plan" which will allow managers to decide which rhinos to move where, when, and why.

I have already processed the samples in the lab and what I really need now is the financial stability to be able to bury my head 100% in all the new software, so I can perform analyses and write ups, without constant funding distractions.

The analyses will be carried out utilising the R platform with ecological modelling techniques for simulating fluctuating population demographics, and a working laptop with a reliable internet connection and power supply is critical for this stage of the project’s progress. It is also important to be mobile enough to get to meetings with collaborators and advisors in order to enable the successful analysis of data within the next 10 months.

This funding would allow me to focus my efforts and energy completely in the effective analysis, interpretation and dissemination of my data into reports.

Any donations of $500+ will receive personal acknowledgement on all conference presentations and publications, plus quarterly progress reports as 2016 progresses.

The recent and dramatic decline in rhino numbers highlights the gaps in our knowledge relating to the genetic basis necessary for maintaining healthy groups of rhino. This project offers a fantastic and unique opportunity to develop a coherent management strategy for the conservation of rhino populations. Gayle is a skilled and dedicated scientist with extraordinary commitment to the conservation of rhino. She has the necessary experience and drive to make a success of this project. 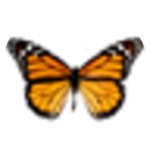 Julia Simpson
Consultant
I am excited about this project and feel it will provide critical contributions to the field of rhino management.

Growing up in South Africa, rhinos were always in the headlines due to their fight for survival after major hunting and poaching pressures during the 20th Century, and I had a particular affinity for any animal that was suffering purely as a result of our destructive actions as a species. So my fascination and love of rhinos was born when I was around 9 years old.

It has been my life's mission to do anything and everything in my power to improve the future of these incredible ancient giants of the African bushveld, which is what brought me back to South Africa after 13 years living in England. I saw a white rhino MSc advertised and jumped at this incredible opportunity, which allowed for a year of wandering around a very wild section of Kruger National Park, with just my tracker for company, while learning the movements and habitat use of these newly introduced rhinos. If that experience didn't seal the deal in terms of my commitment to rhino conservation, then nothing ever could.

I have been described as tenacious and gritty due to my perseverance on this mission to complete my PhD, despite formidable hurdles. My aim has been to investigate topics that are current and critical, and not just carry out a PhD for the sake of the three letters after my name. And it was around 2008/9, when I started conceptualising my PhD ideas, that the shocking poaching statistics started making headlines. I began to shift my focus to investigate topics that could be of benefit to the people on the frontline of the poaching saga. I have some incredible and potentially ground-breaking research topics, initiated by conversations with various rhino experts. I have an incredible new advisor who has helped me greatly to shape my ideas and focus efforts with constant, unfaltering support....and now I just need that final financial boost to get me through the final year of this incredible adventure.