Growing concern for declining shark populations is driving the need for effective conservation and management plans. An important, yet often missing, component of these plans is accurate dietary data. Tiger sharks are iconic predators, notorious for the wide variety of prey they consume. Using satellite tags, our goal is to investigate the link between oil platforms and the prevalence of an intriguing prey item common to tiger sharks in the northern Gulf of Mexico: terrestrial birds.

Tiger sharks are infamous for the variety of prey items they consume, including marine mammals, fish, squid, sea turtles, and occasionally, birds. In 2010, we began investigating the diet of tiger sharks in the northern Gulf of Mexico. Our findings show that tiger sharks in our region consume fish, squid, and birds, all items previously described in their diet; however, we were shocked by two findings: the prevalence and identity of the birds consumed. Surprisingly, birds were common in tiger shark diets. Even more surprising, DNA barcoding of the bird remains identified them as terrestrial species like kingbirds, flycatchers, thrashers, coots, wrens, woodpeckers, doves and yellowthroats! Currently, this link between tiger sharks and the backyard birds they consume is a mystery.

Recent estimates suggest that the global biomass of predatory fish has declined by two thirds over the past 100 years. Understanding the diet of apex predators such as tiger sharks is critical for their management, and for predicting how changes in their populations will impact the resilience of the ecosystems they occupy.

The goal of this project is to investigate the link between oil platforms and the unusually high prevalence of terrestrial birds in the diet of juvenile tiger sharks in the northern Gulf of Mexico.

In the fall of 2015, our objective is to tag four juvenile tiger sharks with satellite tags that transmit locations when the animal comes to the surface.

These data will allow us to test the idea that tiger sharks are surfacing more frequently in the vicinity of oil platforms to take advantage of terrestrials birds attracted to the platform lights and too weak to return to land.

The first step in understanding how tiger sharks are encountering terrestrial birds is tracking where, and how often, tiger sharks are coming to the surface. Satellite tags offer this possibility. All funds raised for this project will go towards the purchase of four satellite tags.

Your donation (in any amount) is very much appreciated!

The top 4 donors will be able to name a shark, and will have access to that shark's movements for the duration of the tag's life. 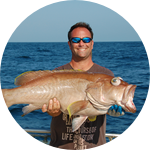 I've been studying the population and feeding ecology of sharks in the Gulf of Mexico for over 10 years. Although I often get violently sea-sick at work, I consider myself remarkably lucky to have turned a childhood obsession into a career I'm passionate about. When I'm not covered in the contents of a shark's stomach, I can be found spending time with my beautiful wife and three incredible children.

Like many, sharks captivated me from a young age. Incredibly, I've been fortunate enough to pursue a deeper understanding of these creatures as part of my career as an Assistant Professor of Marine Sciences at the University of South Alabama, and the Dauphin Island Sea Lab. I'm passionate about what I study, and invite you to take a glimpse into the ecology of a Gulf of Mexico shark.

4 Lab Notes Posted
Feathers
Thanks to the Birmingham Audubon Society!
How do these SPOT tags work anyway?

Sharks eating songbirds in the Gulf of Mexico - National Geographic

How do land birds end up in a tiger shark's belly? - NPR

Recent study by Drymon and colleagues on tracking bull sharks 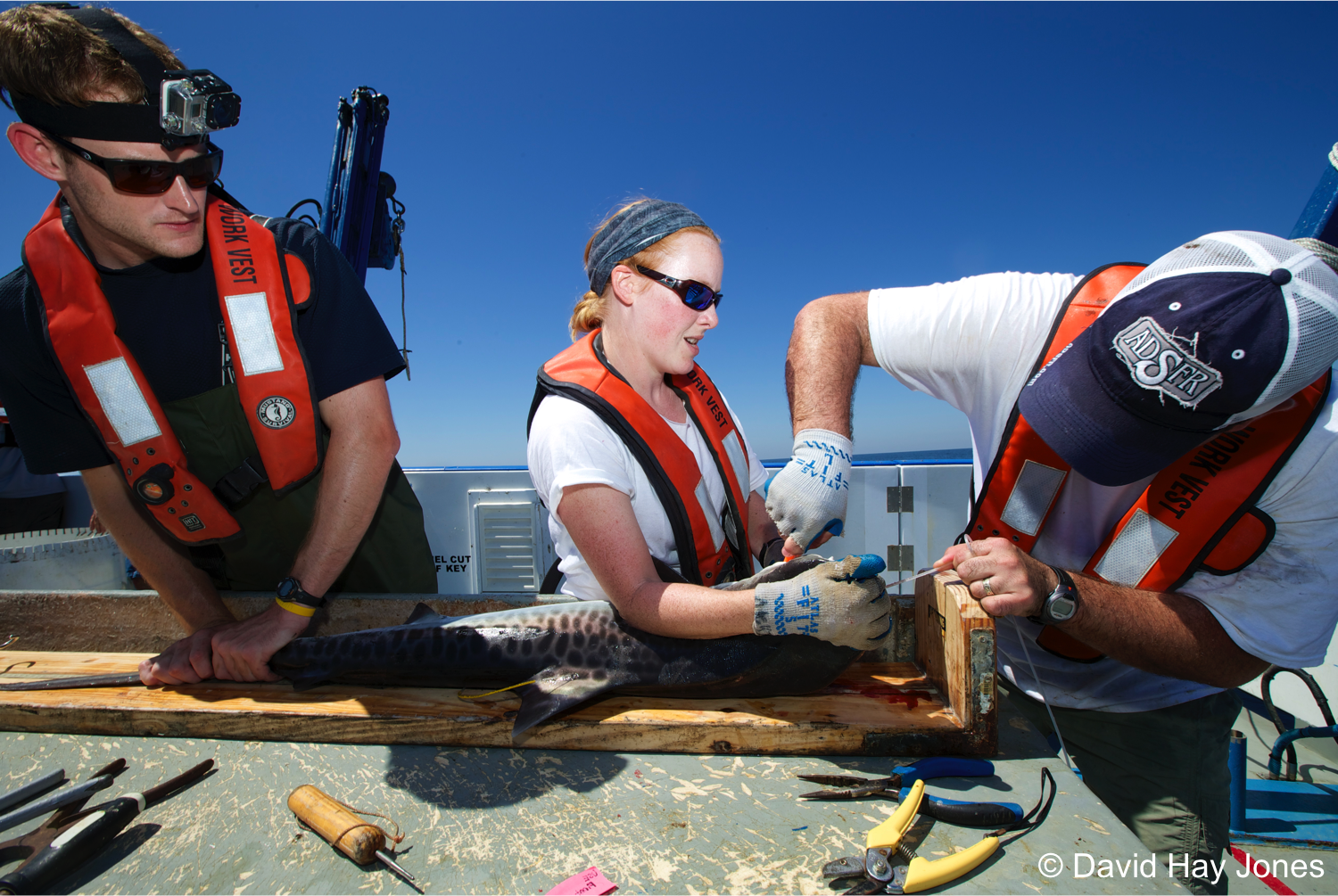 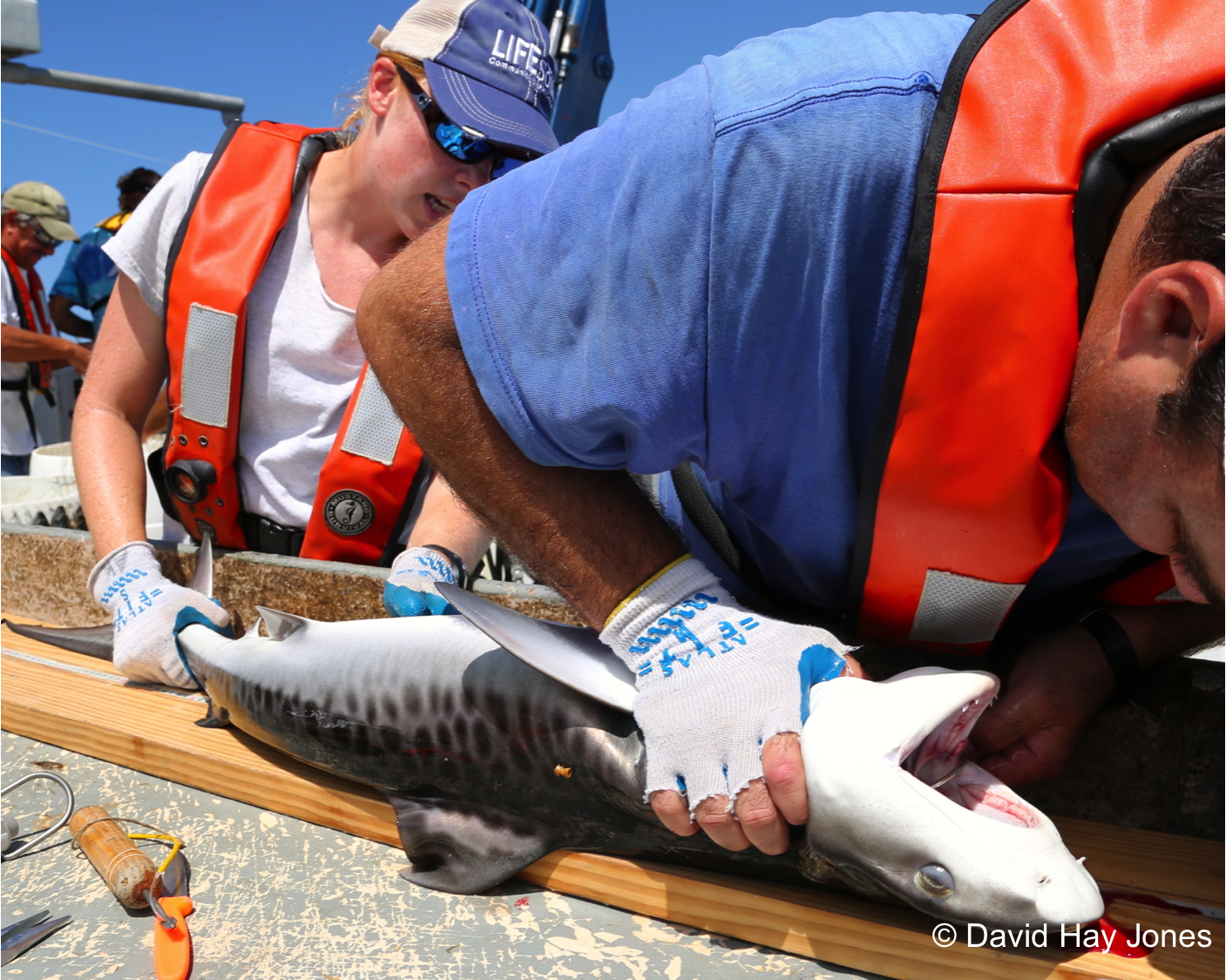