Gliding animals are not paper planes - and yet many studies have modeled them so. Flying lizards are agile gliders with a unique wing design, capable of active control over their glide path. Past research has studied lizard glides in 2D, which cannot capture details like body shape and orientation. I will track body points in 3D during the glide along with morphometric measurements, which will lead to more realistic models and give insights into gliding biomechanics of these animals.

Gliding animals challenge our notion of unpowered flight. Though they cannot flap, these animals change the size and shape of their body parts to create and control aerodynamic forces as they glide. Gliding animals can outdo man-made gliders by covering large distances for their body size, while deftly negotiating obstacles as they fly through dense forests. The flying lizard is unique in that it glides using wing membranes supported by retractable ribs on either side of its body, leaving the limbs free for take off, landing, and climbing. Insights from this body design and its control promises to expand our understanding of the biomechanics of animal gliding and can inspire novel aerial drone designs for cluttered environments, or wing suits optimized for motion on both land and air.

Gliding in animals has been largely modeled as if they were simple rigid fixed-wing gliders. This ignores the real complexity of flight since animals alter their body posture and limbs as they rapidly take off, glide, and land from one point to the other. For the first time, my study will provide high resolution 3D tracks coupled with body posture and size measurements in flying lizards. This study will be a significant leap from previous qualitative work done, by quantitatively identifying their unique gliding strategies. In general, this work will highlight the joint roles of wing shape, limb and tail movement in unpowered flight of animals and bridge the conceptual gap between animal and fixed-wing gliders.

I intend to understand the unique gliding capabilities of flying lizards using morphometric measurements and 3D video tracking. The goal of this study is three-tiered. First we will capture, tag and record size and weight measurements of lizards for morphometric analysis. Next, I will understand the role of the limbs and body orientation of the lizard during take off, glide and landing by obtaining the relative positions of body points like the head, limbs, wing tip and tail. Lastly, I will identify gliding strategies and aerodynamic forces in action by using the generated 3D coordinates to extract velocity and acceleration profiles. Together, this project seeks to provide a comprehensive perspective into the gliding biomechanics of flying lizards.

TRAVEL: I will be travelling from my home university in North Carolina to the dense tropical forests of southern India. The field work itself will take place close to the town of Agumbe, located next to the Western Ghat forest range in Karnataka.

FIELD ASSISTANT: Running behind cryptic flying lizards that fly rapidly from one tree to the next is not an easy task! The grant will cover the salary of a field assistant who will help me track, capture and film these agile gliders.

LODGING: The Agumbe Rainforest Research Station will be our operating base. The field site is a plot of land right next to the Station. This means I can study behavior in a natural setting without the standard fieldwork issues such as lack of power supply or having to carry equipment over long distances while looking for animals. The staff and the resources available at the station also provide a very conducive environment for field research by providing vital local knowledge on the species and logistical support.

Pranav has done the basic groundwork to show that he has the necessary tools and expertise to address the proposed question. I am really excited about the fact that it takes kinematic analysis to a much larger spatial sscale than has been previously possible. I reckon that the tools being developed for this experiment will ythrow open the doors for a whole new ways of studying biomechanics in the field.

Sanjay Sane
Associate Professor
National Centre for Biological Sciences, Tata Institute of Fundamental Research
Pranav has done an amazing amount of preliminary preparation for this project; now it is only a matter of getting him into the field to do the work. We know that the GoPro-based 3D kinematic recording methodology works, that the lizards are common at the proposed field site and gliding frequently during the proposed recording time. They're also pulling some amazing tricks in the air and it would be fantastic if he can gather these data for comparison to theoretical predictions and other gliders - animal and machine - of different sizes. 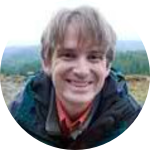 Tyson Hedrick
Associate Professor, Department of Biology
University of North Carolina at Chapel Hill
Draco lizards are fantastic gliders, but we really don’t know much about how they control their glides. Figuring this out requires precise 3D measurements of the animals in the air, which is usually done in an experimental setting. But Pranav has mastered a way of getting 3D recordings of Draco in the field, a truly exciting development. I hope this project goes forward—I’m eager for new biomechanical insight into the lizards’ gliding ability, observed from their natural behavior. 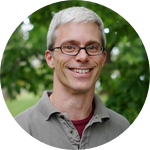 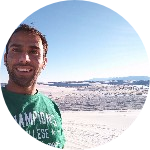 I am fascinated by how animals move in their natural habitat. The environment enforces spatial constraints within which animals need to move in an optimal way. Whether it is air, land or water, the design and control of an animal’s body facilitates its motion through the medium, allowing precise behaviors. Being a physicist with training in biology, I believe understanding the physical basis of animal movements highlights the relationship between form and function of body design, leading to realistic models of their complex behavior, while also inspiring exciting new applications.

A lot can be learnt and quantified about how animals move through observations which do not disturb them. In our lab, we use multi-camera videography to record animal behaviors in the wild. This gives us the power to capture the entire breadth of amazing behaviors the animal is capable of in its natural habitat.

Up close and personal with the flying dragon! This short video filmed by National Geographic shows in great detail the wing mechanism and how it's limbs are independent to be used for climbing and as landing gear.

Some of the glides (zoomed in) captured by me using GoPro 4s. With my past experience in the field, I can now predict when the animal could glide and hope to get closer views of these amazing animals gliding for 3D tracking.

Stay tuned for more on methods where I'll describe my setup. I use consumer grade equipment and software available from our lab website to track movements in 3D. Giving you the power to do this with your own cool setup in your backyard!