Campus sexual assault has been the subject of a recent surge in media attention and political discussion. This study will synthesize comprehensive, qualitative data from in-depth interviews with Title IX coordinators on college and university campuses. The results will provide critical insights into the dynamics, ideologies, and challenges that shape institutional approaches and responses to issues of sexual violence.

Title IX of the Education Amendments of 1972 was enacted to protect people from discrimination based on sex in any educational programs or activities receiving Federal financial support. In 2011, the U.S. Department of Education Office
of Civil Rights issued a “Dear Colleague” letter outlining the responsibilities of educational institutions concerning sex discrimination under federal law--including the role of Title IX Coordinators at educational institutions in responding to sexual harassment and assault reports. Since that time, dozens of colleges and universities have come under investigation for alleged violations of survivors' civil rights under Title IX as a result of mishandling campus sexual assault cases.

In light of the growing numbers of campuses under investigation for potential violations of Title IX in their handling of sexual assault cases, it is puzzling that so little attention has been paid to the institutional actors who actually enact decisions concerning compliance. Title IX Coordinators are working at the forefront of the important shift from rhetoric to practice in addressing the dimensions of campus sexual assault that pertain to the civil rights of survivors, in addition to their safety. This project will constitute the first significant empirical study of campus Title IX coordinators. The study will provide insights into the decision making processes, ideological approaches, and institutional constraints that shape the work of Title IX Coordinators.

What factors significantly shape the micro-level decision making processes of campus Title IX coordinators as institutional actors in addressing issues of sexual violence?
This is the central research question that this study will answer.

The primary costs associated with this study are related to data collection and management. Digital recording equipment will be purchased for the collection of interview data. Travel expenses raised will cover transportation and modest accommodations for the PI to conduct interviews at various campuses. Once the interviews are recorded, the next set of costs incurred will be those related to transcription.

In later phases of this project, additional funds raised will cover the cost of an undergraduate research assistant stipend, travel expenses for additional data collection, and the purchase of NVivo qualitative data management software. 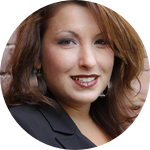 Ashley Rondini, PhD, is a Visiting Assistant Professor of Sociology at Franklin and Marshall College. Dr. Rondini is a qualitative researcher, whose methodological expertise is in in-depth interview research. She specializes in scholarship focused on equity issues across lines of gender, race, and class, particularly in higher educational settings. Besides her academic background in women's studies, social policy, and sociology, Dr. Rondini has also worked on college campuses in student life. She has professional experience with campus sexual assault prevention/education programs, crisis response, and policy development. During her American Sociological Association Spivack Postdoctoral Fellowship in Applied Social Research and Social Policy, Dr. Rondini focused her work at the Congressional Research Service on federal policies and programs related to issues of safety and violence at colleges and universities.