Humpback whales were hunted to near extinction until whaling was banned in 1963. Population recovery is slow due to long generation times and human interference. Interestingly, it seems that the near decimation of humpbacks did not lead to a bottleneck effect on their genetic variety. We intend to assemble a haplotype genome (meeting CGP standards) of Cook Islands humpbacks to understand their genetic variation and compare inter-and intra-specific differences.

Humpback whales are, in part, special because they are found all over the globe. The assumption has been that humpbacks are a single homogeneous species. However, recent genetic studies have revealed that global humpback whale populations are actually quite different from each other and belong to "subspecies." In addition, humpback whales are also special because they have been able to "beat cancer," which has led cancer researchers to use cetacean genomes to understand how they did so.

While scientists have a scaffold of the humpback genome, this assembly is incomplete and does not meet CGP "platinum-level" genome standards. Such a genome would advance both subspeciation research and cetacean cancer research.

A genome is assembled by putting together a large number of short genetic sequences (a scaffold). Scaffolds are made of random fragments which are aligned into "contigs". The resulting partial scaffold has both contigs and gaps (portions of the unknown genome). The existing humpback genome is 2558 separate fragments. In 2020, CGP set a standard for a platinum-level genome, which entails a per-chromosome assembly (for humpbacks, one sequence per chromosome).

This project will contribute to two significant advancements in the genomic studies of whales. First, we will gain a reference genome for other humpback populations worldwide. Second, we can get a better sense of the relatedness of different whale species.

A genome is an organism's complete set of genetic instructions. This project will be using the platinum-standard levels set by the CGP to generate the humpback genome. As a result, the goal of this project is to obtain a complete platinum-level genome of the Cook Islands humpback whale.

This will consist of one sequence per chromosome (assumed to be between 42 and 46), in haplotype format (which means we will be preserving what is inherited from both parents), and fully annotated (so we can create a library of what genes code for what). The goal is to obtain a full reference genome that can be used to understand other humpbacks and other whale species.

CCRC has 20 years of samples. There is a veritable treasure trove of genetic data, waiting to be sequenced. Now is the time to do so.

The budgeted items allow us to take samples (which we already have) and retain a private lab to perform the three steps for a publishable genome: building, scaffolding, and annotation. Building the genome entails reading long sequences of DNA, multiple times, and obtaining the pieces that need to be put together. We will be able to obtain that through the use of ONT Flowcells, generously contributed for a small cost by an educational institution.

This is a very interesting project. I'm not involved, but I know Giugi from the course in Genetics that I teach. She's serious about getting the Humpback genome and making an impact. 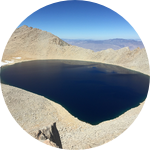 Greg Odorizzi
Professor
University of Colorado
Giugi has determination like no one else that I have ever met! This project is of the utmost importance and another piece of the puzzle that will help us understand vital information about humpback whales. The samples were carefully collected, frozen, recorded in a database, and the team is thrilled to have them analyzed! Thank you Giugi! 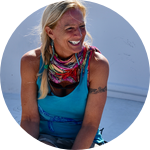 Nan Hauser
President & Director
Center for Cetacean Research & Conservation
I have worked in research my whole life, at Los Alamos, California Institute of Technology, and finally the Large Hadron Collider at CERN (the largest laboratory in the world), where I worked with 1984 Noble Laureate Carlo Rubbia. I find this project fascinating and an absolute must to better undestand one of the most interesting and still largely uknown animal species of our planet. I enthusiastically endorse this project that is well thought, scientifically relevant and methodologically sound. 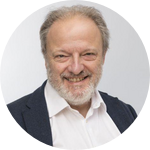 Upon fundraising, existing samples will be shipped from the Cook Islands in Rarotonga and will be sent to the lab handling the ONT reads. If the samples are insufficient, new ones will be collected in July-August of 2023 during the annual whale observing season. Once the samples are sequenced, the reads will go to Dovetail for reading and annotation. Dovetail will need 23 weeks to deliver a full, annotated, genome. Results will be published and made widely available.

Paper is finalized for publication 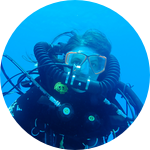 I was a lawyer for 13 years. But I am also a scuba diver, a sailor, and an advocate at heart. I am turning my advocacy to understanding the impact of climate change on nature, including Humpback Whales. I will eventually pursue a Ph.D. in Evolutionary Biology/Genetics and am actively looking for a Ph.D. program that will let me do so. But in the meantime, I joined Nan Hauser's Center for Cetacean Research and Conservation as Lab Manager to help her with her work. My contribution, at this juncture, is getting this genome together.

Any surplus in funds will begin the work of comparing subspecies to the reference Cook Islands humpback genome.