Aerial LiDAR surveys have been popular tools for mapping ancient Maya settlements through the dense rainforest canopy. LiDAR mapping at El Pilar revealed several previously unknown large structures, but many smaller structures in low, swampy areas were invisible to this technique. This project will develop a program of field-checking LiDAR anomalies to clarify the patterns of small structures in seasonal swamps, where settlement models predict people would not live.

Airborne laser scanning, or LiDAR, is a powerful tool used by archaeologists to map ancient settlements shrouded in dense forest cover. Its ability to "see" through rainforest canopy and accurately detect large and medium-sized structures has led to a renaissance in settlement pattern studies of the ancient Maya. Archaeologists can now view the remains of entire communities without arduously trekking through thick jungle, and LiDAR mapping has been widely adopted by researchers in the Maya Lowlands. LiDAR imagery was obtained in 2012 for the area surrounding the major Maya city El Pilar, located along the border between Belize and Guatemala, and targeted settlement pattern studies aided by LiDAR survey are ongoing.

The LiDAR map of El Pilar revealed several previously unknown large structures, which included hilltop homes of wealthy families and a possible massive fortification. Perhaps more interesting are the low, irregular shaped structures invisible to LiDAR, which were discovered in low-lying seasonal swamps. Our best settlement models suggest people would not voluntarily live in such areas, and investigation of these "swamp structures" may provide insight into their social organization. Many LiDAR features also remain to be explored, which may be the houses of nobles and common farmers, workshops, or agricultural huts in fields long since reclaimed by the forest. By investigating this range of features, we hope to generate a near-complete picture of an ancient Maya city and its surroundings.

Investigating structures visible and invisible on the LiDAR map will require survey teams to visit areas around El Pilar. Teams will load GPS coordinates for LiDAR anomalies into handheld units to guide them to targets through the dense forest and will also record anything that the LiDAR may have missed. Low-lying, swampy areas will be systematically surveyed to search for and map any "invisible" structures. Survey teams will return to previously identified "swamp structures" for more detailed investigations to determine who the swamp-dwellers may have been and how they related to the community. We will upload all information into a computer mapping program, which we will use to analyze settlement data and develop new models of how the ancient Maya used and modified their environment.

Field-validation survey of LiDAR imagery is part of a larger, on-going settlement pattern research project at El Pilar, which provides facilities and equipment in Belize that dramatically lower the cost of conducting this research. The budgeted items: 1) facilitate travel to Belize from Detroit for one researcher; 2) cover transportation costs while in-country for one researcher; 3) provide a nominal contribution to the larger project for food and lodging expenses for one researcher over for four weeks; and 4) allow the purchase of field supplies necessary to outfit a survey team (e.g., sighting compasses, GPS units, radios). LiDAR validation survey is critical to understanding Maya settlement in the area, and investigation of the anomalous swamp structures will further refine this settlement picture. Predictive computer models of human-environment interactions and resource use will be derived from this data, as well as models of social organization and interaction networks.

This project combines established field methods and new LiDAR technology to address important questions about where and how people lived around a Classic Maya city. It has the potential to impact how archaeologists use LiDAR data in the Maya area and beyond, as well as our understanding of ancient Maya settlement preferences and land use. The experience that Sherman Horn and Anabel Ford bring to this endeavor will no doubt ensure its success. 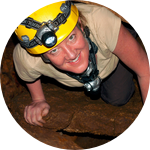 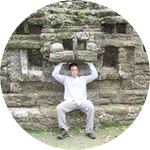 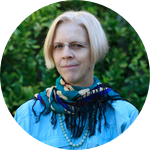 Sherman received a PhD in anthropology from Tulane University in 2015. His dissertation focused on the development of social complexity in the Middle Preclassic Maya Lowlands and was based on excavations at the ancient Maya site Cahal Pech in western Belize. Sherman has also conducted fieldwork in Canada, Hungary, Mexico, Namibia, and the United States.

MesoAmerican Research Centerhttp://marc.ucsb.edu/Anabel Ford is director of the MesoAmerican Research Center at the University of California, Santa Barbara and President of the non profit Exploring Solutions Past: The Maya Forest Alliance. She earned her MA and Ph.D. in Anthropology at University of California, Santa Barbara. Her research, funded though scientific and development venues, focuses on the ancient Maya landscape, combining archaeological settlement survey with traditional ecological knowledge. Recognized for uncovering the ancient Maya city of El Pilar and inspiring the creation of the binational park on the border of Belize and Guatemala, she has been awarded Fulbright Scholarships and the Rolex Award for Enterprise.

10 Lab Notes Posted
Return to El Pilar!
The Blog is Up!
Welcome to BRASS Base!