The last survey of the Javan fishing cat occurred in the early 1990's. The information it collected led to an IUCN designation of "critically endangered", the most urgent conservation status there is. Since this time, many of the wetland and coastal mangrove habitats the species depends on have been developed and today, the fate of the species is unknown. We plan to conduct the first assessment of the status of the Javan fishing cat, which is probably the most endangered cat in the world.

In 2008, the fishing cat was declared "Endangered" by the IUCN. This was due in part to the extreme lack of records for the species despite wildlife surveys across much of its purported distribution (Duckworth et al. 2005). It is also due to the rapid disappearance of sensitive freshwater and coastal habitats across south Asia (Dudgeon 2000). Existing data on fishing cats is consistent their distribution being very discontinuous, with many populations isolated. Most isolated are those on Java, where the only recognized subspecies of fishing cat occurs (Sody 1938). More than 2000 km away from the next nearest population, the Javan fishing cat was proposed as "critically endangered" more than 20 years ago (Melisch et al. 1996) yet has received no conservation attention to date.

In the mid-1990's, a survey of otters on Java also recorded sign of fishing cats at a number of locations along the western part of the island. Although the findings of this survey characterized the status of the Javan Fishing Cat as "critically endangered", this urgent call for action has been met with silence over the past 20 years, as no specific strategy for protecting the cat has ever emerged. Given that during this time Java's coastal ecosystems and wetlands have suffered dramatic changes due to intensive development and a soaring human population, it is imperative that the status of the Javan Fishing Cat be re-assessed. Its unique genetic and evolutionary context relative to other fishing cats, and the serious threats it faces, likely makes this cat the most endangered on earth.

Our first objective is to conduct semi-structured interviews in 7 human communities across western Java to assess familiarity with fishing cats and document records. We will also distribute educational brochures to promote public awareness about the uniqueness of Java's fishing cat, and how to report observations. Based on the results of interviews, we will conduct sign surveys in potentially suitable habitat to record further evidence of fishing cat presence. We will also identify threats to areas where evidence suggests cats are present, and propose a strategy for their mitigation. Our primary goal is to use the information we collect to assess the Javan fishing cat's status, and inform the Indonesian government and conservation community as to immediate conservation actions needed.

We hope to raise at least one-third of the total funds ($3500) we need to complete this project, but could use the public's help in raising all of it (~$11,000). In retracing the steps of the last known survey to record the fishing cat, we are planning to visit no fewer than 7 major locations scattered across the western third of the Indonesian island of Java. We will conduct extensive, structured interviews with agricultural workers, fishermen, and rural community leadership to assess the strength of evidence for its presence in these landscapes, and then use this information to direct field surveys We need funds to address transportation costs to visit these sites, including a 4x4 truck and a boat to access remote shorelines. We also require funds to support living expenses for our small team during this 8-10 week period, and for the preparation of educational materials for local communities highlighting the importance of fishing cat records and requesting their participation.

The Javan Fishing Cat is considered critically endangered but in fact we have no idea whether it still exists. It's imperative we identify any extant populations and then work to conserve habitat and mitigate conflicts if the cat is to survive. Anthony Giordano, with his extensive experience working on wild cat research and conservation projects and wildlife-human conflict mitigation, is the right person to direct this project. Anthony's project will take the important first steps to document species presence/absence. 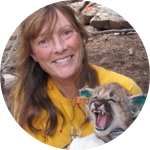 Linda Sweanor
Wildlife Biologist, Past President Wild Felid Research and Management Association
Wild Felid Association, Colorado Parks and Wildlife
Dr. Anthony Giordano is a consummate carnivore field biologist, with an extensive track record of success in tracking wild cats in Central and South America, as well as in India, Sri Lanka, Malaysia and Indonesia. He is skilled in employing both social and ecological research methods to assess species presence- a prerequisite combination in looking for the rarest-of-the-rare. Wherever fishing cats remain on Java, Anthony will find them. 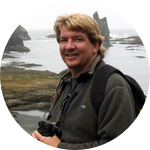 Stan Rullman, PhD
Research Director
Earthwatch Institute
Fishing cats are undoubtedly a research priority, both because of the almost complete lack of information and of their conservation status. This is even more so for the Javan population, which may disappear soon. In spite of the clear urgency for this type of projects, getting funds for small cats is extremely difficult. Dr. Anthony Giordano not only has extensive experience with wild cat research but he is also deeply committed to work for their conservation, constantly exploring novel strategies. This makes him uniquely suited to successfully 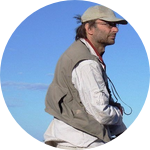 Mauro Lucherini
Researcher
CONICET & Universidad Nacional del Sur
I know Dr. Anthony Giordano personally. He is a committed and passionate conservationist and researcher. The Sri Lanka Wildlife Conservation Society is excited to partner with Anthony to conduct the first ever carnivore study project in Sri Lanka. I fully endorse Anthony's Javan Fishing Cat study project due to the important contributions it will make to the conservation of this elusive and endangered small cat. 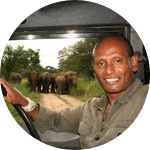 Ravi Corea
President
Sri Lanka Wildlife Conservation Society
Anthony Giordano has dedicated his life to the study and conservation of the world's felid species. Given his previous work with Fishing cats, he is highly qualified to achieve the goals of this project. He is an excellent field biologist, and very dedicated conservationist. 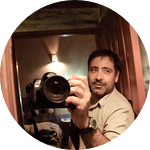 Alex Dehgan
CEO
Conservation X Labs
Dr. Giordano is exceptionally qualified to conduct the project. He has the requisite field experience in tropical and semi-tropical habitats with felids in Central and South America and in south Asia. He also has the social survey skill set needed to determine whether the fishing cat still exists on Java. He has my support for this timely and important project on a unique cat. 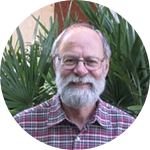 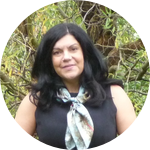 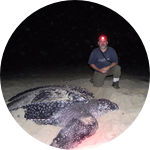 I am working with several local research collaborators and organizations in Indonesia on this project, who all combined have decades of experience in conservation around the country. In addition, our integrative "teaching" model at S.P.E.C.I.E.S. will include two Indonesian students in the field of conservation or a related discipline as part of this field effort. We are excited about their participation and the potential to contribute to the development of emerging conservation professionals!

Anthony J. Giordano is a conservation biologist and wildlife ecologist with more than 20 years of experience working in as many countries around the world. He holds a double B.Sc. from Long Island University at Southampton College in Biology (Zoology) and Environmental Science (Biology), where he completed an honors thesis on the relationship between shark communities and marine fish species diversity in Fiji, The Cook Islands, and the Kingdom of Tonga. He received his M.Sc. in conservation biology and applied ecology from Frostburg State, where he studied the feeding ecology of a reintroduced river otter population in northcentral Pennsylvania. While at Texas Tech pursuing his Ph.D. in wildlife science and management, Anthony was awarded a Fulbright Scholarship for this jaguar conservation work in the Gran Chaco. His research as a Panthera Kaplan Scholar led to the first ever formal scientific investigation of the jaguar in Paraguay and the Chaco Jaguar Conservation Project, the only long-term transboundary conservation project committed to resolving human-jaguar conflict across the vast Chaco biome. Anthony has published dozens of scientific and popular articles on wildlife ecology and conservation and conducts peer-reviews for more than a dozen scientific journals. He is the President of the Wild Felid Research and Management Association, the President Elect for the Latin American section of the Society for Conservation Biology, and serves on the Conservation Committee for the American Society of Mammalogists. Anthony is a member of the Explorer’s Club, the Sigma Xi Scientific Society, and the IUCN’s Cat, Small Carnivore, and Peccary Specialist Groups. Currently he is managing or co-managing 14 projects involving cats in 10 countries as director of S.P.E.C.I.E.S., including a fishing cat conservation effort in Bangladesh, a survey of Sri Lanka leopards with SLWCS, the first ocelot project on Trinidad, and several investigations of jaguarundi ecology.

6 Lab Notes Posted
Success!
Final 48 hours...
If only Java was gonna be this easy! 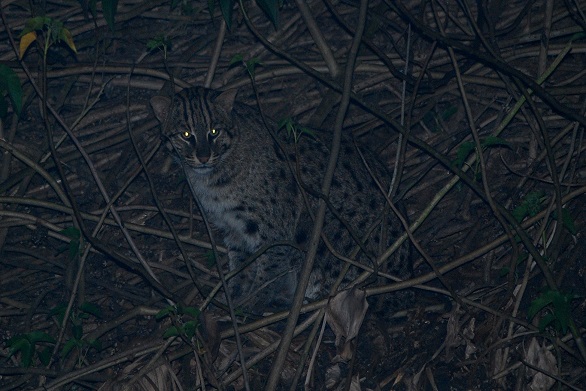 A fishing cat observed at night in the reeds of wetland mud flats. This photo was taken as part of our Bangladesh Fishing Cat Project 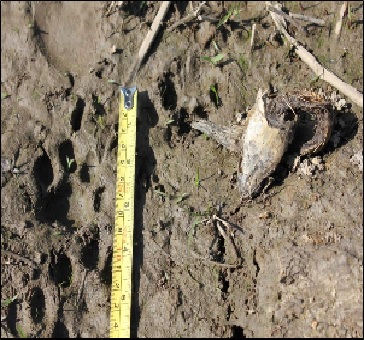 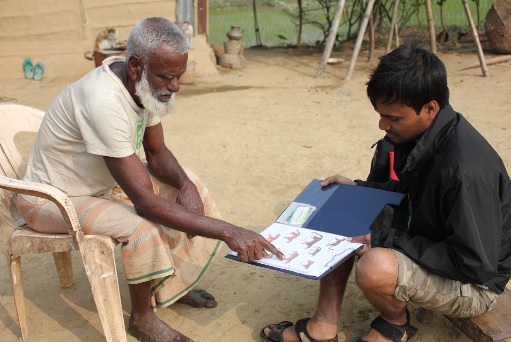 We will conduct interviews with local people to compile and validate observations and other records of the fishing cat in Java, something we've previously done in Bangladesh as part of our survey efforts there.