The Ross's gull is the only long-distant migrant bird for which the main migratory routes are still unknown. A few years ago I got $32k grant to put satellite transmitters on them. Now I have six transmitters and will put them on gulls in Yakutia in June, but the grant has expired so I need money to pay for satellite tracking services.

The Ross’s gull is the most enigmatic bird of the North. Despite its cult status among zoologists and two centuries of research, its migration routes and main wintering areas are still unknown. Recently, miniaturization of remote tracking devices has made it possible to solve the mystery quickly and easily, but installing these devices has to be done in a remote area of Siberia where few zoologists have been able to work. I will use my experience in conducting fieldwork in that region and in remote tracking to equip six Ross’s gulls with solar-powered GPS trackers and follow their movements via satellite. A few years ago I got a grant for the study and bought 6 satellite transmitters, but due to travel restrictions I wasn't able to install them in 2020 and the grant expired.

The strange migrations of Ross's gulls have been the great mystery of Arctic biology since the 19th century. It puzzled the greatest Arctic explorers, and numerous expeditions tried to figure out where and how the birds live for most of the year, but most of the puzzle is still unsolved. This study will finally determine the birds' migration routes and wintering areas, their habitat preferences outside the nesting period, and their possible vulnerability to climate change and oil spills. These data will be critically important for studies of climate-related shifts in Arctic ecosystems, because the unusual ecology of the Ross’s gull makes it uniquely valuable as an indicator species.

The aim of the project is to find where Ross's gulls spend the months of September-May, why their known occurrences during that period have such bizarre and illogical pattern, and how they manage to survive the winter in the total darkness of the frozen Arctic seas.

I need to pay for satellite tracking services to know where the birds migrate.

What an interesting topic! Vladimir always likes a challenge. He was really unlucky with the pandemic, and it's such a shame he lost the funding he needs to solve the mystery of Ross's Gulls in winter. I hope a lot of folk will want to help him succeed--it will be worth it. 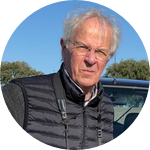 I'm planning to put the transmitters on the birds in late June of 2021 and to track them for as long as they keep functioning, hopefully at least a couple years.

Getting first data from the birds' wintering range

Getting 1 year of migration data

Getting 2 years of migration data 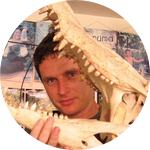 The Ross’s gull (Rhodostethia rosea) is a small bird that nests on the Arctic tundra and spends the rest of the year at sea. Discovered by the famous Arctic explorer J. C. Ross in 1822, it attained a near-mythical status among naturalists due to its exquisite beauty, extreme rarity, and puzzling affinity to some of the world’s least hospitable regions. In 1881, when G. W. De Long’s ship Jeanette sank during a quest to reach the North Pole, the ship’s naturalist R. Newcombe saved three precious skins of Ross’s gulls under his shirt, and carried them for months while the starving crew desperately tried to reach safety. The mystery deepened when Norwegian explorer F. Nansen observed these birds flying north, towards the North Pole, from the Arctic coast of Siberia in August 1983. In 1906, during another dangerous expedition, ornithologist S. Buturlin discovered the bird’s main breeding grounds in boggy lowland tundra of northeastern Siberia (see McGhie & Logunov 2005 for a detailed account of the search). Later a few tiny, transient populations were found in Greenland and Arctic Canada. Birds from one of these small populations have recently been found by remote tracking to winter in the Labrador Sea, where they have almost never been observed visually (Maftei et al. 2015). However, more than a century after Buturlin’s discovery, we still don’t know where the birds from the main population that breeds in Siberia spend the rest of the year; that makes Ross’s gull one of the world’s most enigmatic birds. In most (but not all) years there is a large autumn movement of the gulls along the Arctic coast of Alaska, but these birds, presumably of Siberian origin, fly towards Siberia rather than away from it. Sight records off Alaska, Russian Far East and Hokkaido suggest that they winter somewhere in the North Pacific, probably along the edges of the sea ice, but these records are rare and likely involve stragglers rather than the bulk of the population. An alternative theory based on icebreaker transsect data is that they winter in the area between Greenland, Franz Joseph Land and the North Pole (Böme at all. 1995, McGhie & Logunov 2005). In either case, the birds’ wintering area is exceptionally inhospitable in winter, with limited daylight, constant storms and brutal cold. The extreme conditions might explain why the species’ winter distribution is still unknown, but it is hard to imagine how a bird smaller than a dove can survive them at all.