The spider Bagheera kiplingi is 90% vegetarian in Mexico, and 60% vegetarian in Costa Rica. I will test if population density causes this difference by documenting population density of spiders in both countries and artificially increasing the number of spiders per plant in Costa Rica to compare with results in Mexico. In Panama, I will video record and collect samples of Frigga crocuta, which exhibits similar habits to B. kiplingi and might also be vegetarian.

The predominantly vegetarian spider Bagheera kiplingi was reported by Meehan et al. in a 2009 paper that was co-authored by my thesis mentor, Robert L. Curry. This particular salticid (jumping spider) acts as a parasite on the ant-acacia mutualisms of Central America, in which ants in the genus Pseudomyrmex aggressively defend plants in the genus Vachellia from herbivory and competition. The plants provide food (nutritious leaf tips called Beltian bodies), nectar, and shelter as rewards for the ants' protection. Using fast movements, keen eyesight, and intelligence, B. kiplingi avoids ant patrols and harvests Beltian bodies for food. While in Panama this past summer, I observed another salticid, Frigga crocuta, exhibiting similar behavior; indicating that it may also be vegetarian.

The development of new features is a key factor in evolution, and the adaptations necessary to shift from the carnivorous diet of most spiders to the 90% vegetarian Bagheera kiplingi is a compelling example of such novelty, along with B. kiplingi's ability to exploit the protective ant-acacia mutualisms of Central America.Frigga crocuta, which exhibits similar habits in Panama, nesting on the same Vachellia collinsii plants and avoiding patrols of tenant Pseudomyrmex ants, could serve as a useful comparison to test factors that drive certain spiders to eat plant material (such as spider population density). Other factors may include symbiotic bacteria derived from Pseudomyrmex ants, digestive modifications, and behavioral changes (such as the construction of ant-proof nests).

In Costa Rica, I will raise the population density of B. kiplingi spiders per Vachellia collinsii plant through the introduction of artificial shelters and see if B. kiplingi becomes more vegetarian as the number of prey encounters per individual decreases. This will be compared with B. kiplingi populations in Mexico, where the number of spiders per plant appears to be higher. In Panama, I will use field, laboratory, and statistical methods to determine whether Frigga crocuta is harvesting Beltian bodies (leaf tips) as a primary food source. As a stretch goal, I will determine whether certain bacterial genera (particularly Asaia) are shared between spiders and ants through bacterial 16S rRNA sequencing. Symbiotic bacteria may help Bagheera (and possibly Frigga) survive on plant material.

Study sites for these experiments are all in Central America, and travel to these regions is necessary in order to complete my investigation. Put simply: if I can't access these areas, the research can't proceed. Funding is also necessary for 16srRNA sequencing and stable isotope analysis, which need to be performed by third parties.I will minimize travel costs by taking public buses whenever possible, including my trip from Panama to Costa Rica. For my research in Mexico, another flight is required because of the distance, potential hazards, and the complexity of ground-based travel. One advantage that I have in Panama is that most of my food costs and some of my lodging will be covered, as I will be working close to my former Peace Corps site; however, I do not have as many acquaintances in Costa Rica and Mexico (hence the cost for lodging and meals--especially at Palo Verde Biological Research Station and the town of Akumal, which is an hour south of Cancun).

I have been interested in the creatures most people consider "creepy" since childhood, and my enthusiasm for jumping spiders blossomed upon learning about Bagheera kiplingi's vegetarian habits. As a science teacher, I strive to instill a love of arthropods in my prekindergarten through fifth grade students, from the simple enjoyment of holding my rose hair tarantula to the benefits of entomophagy (insect eating) to end world hunger. Jumping spiders, with their complex behaviors, bright colors, and fascinating eyes, can often win over even the most entrenched arachnophobe.

When not teaching, studying, or spending time with my wife, kids, and oversized dog, I enjoy learning about computer programming and robotics (spiders are nature's perfect micromachines), as well as writing my blog, developing children's novels, and reading (mostly science fiction). I also like to hike, ride my bicycle, run, and rescue hermit crabs from neglectful owners (a "crabitat" appears in my video).

As a science teacher and children's book author, I continue to be fascinated by all the ways that nature can surprise. The 2009 discovery of Bagheera kiplingi--the world's first predominantly vegetarian spider--was no exception, and I have been searching for this amazing little creature since 2012. This journey has led me to Mexico, Costa Rica, and finally to Panama, where I served in the Peace Corps from 1999-2001. While continuing my research, I hope to find new surprises along the way!

On a personal note, sustainability has always been a major concern of mine, whether while I'm teaching soil conservation and iguana ranching practices in rural Panama or sharing the promise of entomophagy (insect eating) to students as an alternative protein source for our growing human population. Vegetarian spiders can provide excellent role models for our own species, forgoing excessive meat consumption and relying more on plant material to meet their food needs, while simultaneously becoming less aggressive and more tolerant towards one another as they settle into their new lifestyle.

Always seeking to build technology skills, I also plan to use my experiences with arthropods to develop new insights into the algorithms that may drive spider behavior, as well as how nature's most successful animal phylum (Arthropoda) could be replicated in future generations of micromachines.

10 Lab Notes Posted
That darn spider I couldn't find
One hypothesis confirmed?
The first, tantalizing signs of something special!

Here is an excellent example of the ant-acacia mutualism that Bagheera kiplingi (and possibly Frigga crocuta) exploits. Take special note of the soil surrounding this Vachellia plant, which is completely stripped of vegetation. This was the work of Pseudomyrmex ants that do everything possible to make sure their plant thrives--including clearing away the competition!

Here was the first specimen of Frigga crocuta that I collected from a Vachellia collinsii in Panama. Though it nests on Vachellia plants and behaves very much like Bagheera kiplingi, it belongs to a completely different subfamily of jumping spiders and therefore represents completely independent evolution of a similar system. What could be driving this convergence?

While searching for Bagheera kiplingi in Palo Verde, Costa Rica, I discovered plenty of fascinating neighbors, including these two tamanduas! 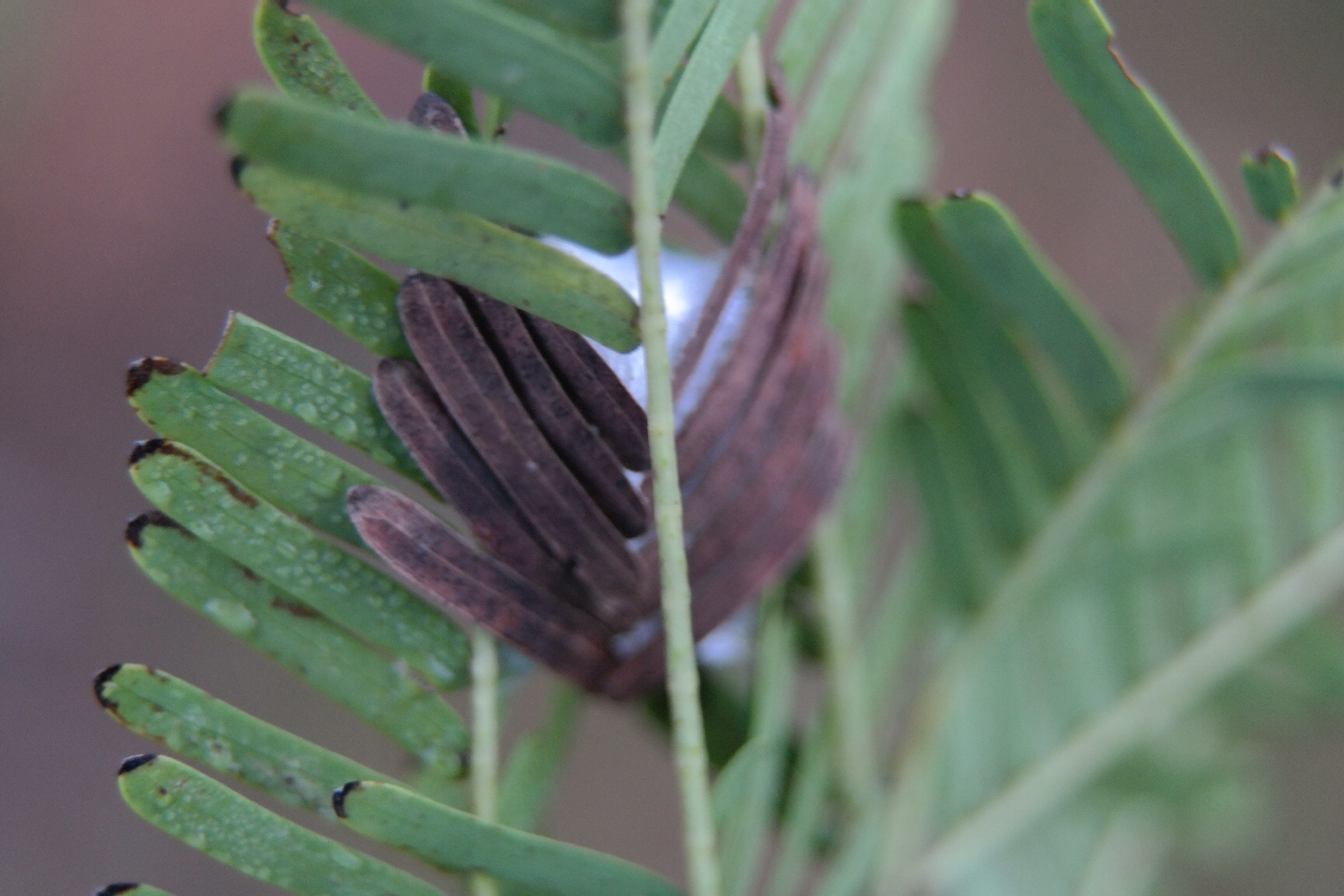 A nest, or "sling," of Frigga crocuta on a Vachellia plant. These look nearly identical to the slings of Bagheera kiplingi in Mexico. 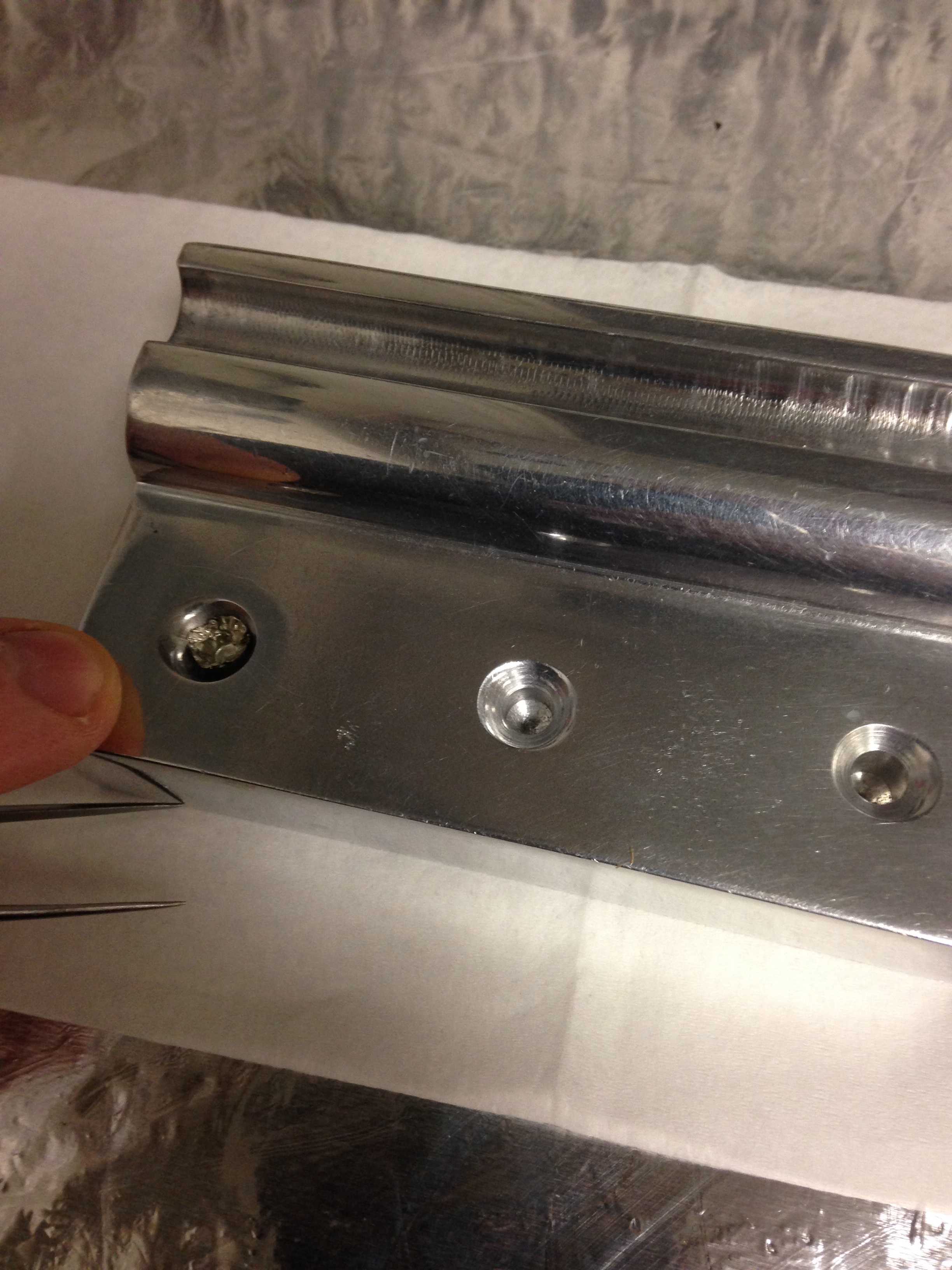