The aim of this research is to find and test gene regions in the genome of freshwater green algae which can aid the identification of species in this taxon. These so-called molecular barcodes will be amplified by PCR and compared by sequence analysis, and their successful application will aid greatly in determining the current taxonomy of green algae, as well as conducting environmental surveys, identifying new species, or selecting strains for potential human use and applications.

Molecular biology could revolutionize the identification of algae, including by finding new species, cataloging regional flora, or revising their taxonomy. A popular method for identifying algae utilizes short DNA regions called molecular barcodes, which can be easily amplified in many species and are simple to analyze (e.g. with BLAST). However, in freshwater green algae, the ideal barcode has not been determined. Vieira (2016) claims the tufA gene region to be the best, but Hall et al. (2010) concluded that none of those they tested were ideal. On the other hand, successes in other groups of algae, such as the ITS2 marker for diatoms as determined by Moniz and Kaczmarksa (2009), suggest that there is still hope for green algae to benefit from this technology.

Finding a good molecular barcode for freshwater green algae would make it possible to identify them at a much lower cost and with greater ease than current microscopic methods. This can aid in the study of lesser-known groups of algae, including discovering new or cryptic species . Massively-parallel sequencing methods can be used for environmental assessments or ecological surveys. Studying the speciation of algae can also help modernize their taxonomy and clear up their evolutionary history and relationships to other autotrophs. In addition, advances in the molecular biological study of algae may aid in applied or commercial research, including the genetic engineering of algae for biofuel and food production, waste management use, and fertilizer optimization.

The primary goal of this project is to test about 6 promising molecular barcode candidates in a random selection of about 20 species of wild freshwater green algae. Using PCR, the barcodes will be amplified from the algae and then sequenced. The barcodes will be used to try and identify the algae without microscopic aid. All of the sequences of one type of barcode will then be used to construct phylogenetic trees (with 6 unique trees total), which will then be compared to the latest taxonomic model of green algae to evaluate their accuracy.

A secondary goal of this project is to sequence the chloroplast genome of a few species of algae. This will allow for the comparison of large portions of DNA and possibly aid in developing new barcode regions.

At this moment, my research is probably at the 10% mark - I have begun to use PCR techniques to amplify some of my molecular barcodes in a few species of algae, thanks to the donation of reagent samples from a few companies. However, the reagents and funds will run dry in the middle of summer, right when I plan on starting my most intensive work.

The key components of the requested budget are the software/hardware and the sequencing materials. In order for me to transform my copied DNA into meaningful data, I will need to be able to sequence it somehow, and then interpret the millions of base pairs it contains. Although I have reached out to several companies and universities and secured lab space at my school, I have not found anyone who is financially able to support my research, most importantly the sequencing step. Your donation is essential and would be greatly appreciated to help this project follow through by funding its longest leg and seeing it to completion.

Bowen is an exceptional young scientist with a passion for microalgae. He already has several years of research experience, and I am excited to see this project, which tackles an important issue of better identifying a diverse group of organisms with vast economic potential. 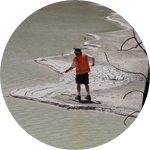 Finish PCRs of all molecular barcodes

Finish an initial draft of project in written/poster form 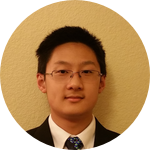 Hello! I am a recently-graduated senior from Mira Loma High School in Sacramento, California and an incoming freshman at Stanford University. I first began my journey in science when I was very young by raising butterflies (the study of which I still pursue as a hobby), but I found my current interest - algae - after my fifth grade birthday, when my parents bought me a microscope as a present. I quickly began a habit of making weekly trips to local ponds and lakes to collect water to explore at microscopic proportions, and I began to cultivate their microorganisms and use them in simple experiments. In my 9th and 10th grade years, I worked with Dr. Gordon Wolfe at California State University, Chico on a variety of studies with temperate marine microalgae, as well as a few independent projects. I started my first Experiment project in the spring of 2017 to help me fund my own research into green algal genetics, through which I hoped to improve DNA barcoding methods for identifying species and samples of green algae without the need for expensive or complicated microscopy methods. This project is still ongoing as I work on editing and analyzing the sequences I've obtained from my lab work, and I hope to keep updating this project for the next few months at least.

As I continue my studies and research at the undergraduate level, I hope to further my work with the Experiment platform by creating and sharing new projects here. In addition, I aspire to introduce other high school students to this site so that they can realize their personal projects or paths of scientific exploration that previously, like me, they might have been unable to pursue on their own. Most of all, I look forward to seeing and contributing to a future of exciting science in which everyone who is interested can participate!