SCUBA diving is a recreational activity with an inherent risk; the underwater world is a hostile environment. Most incident research has focussed on what happened, not why. This research aims to develop a causality model & taxonomy to look at the role of human factors in diving incidents, from the divers and the mistakes they make, to the role of supervisors and organisations. Whilst the results are unlikely to be a surprise, they will be unique.

I am passionate about making sport SCUBA diving safer and wanted to take my experience and knowledge from military aviation and apply it to sport diving in both developing a Just Culture and improved reporting of diving incidents to achieve this. To that end, I started a part-time personally self-funded PhD at Cranfield University to make it happen with the aim of delivering my thesis in the winter of 2015.

Background to the Research Project

EVERYONE MAKES MISTAKES! Sounds obvious but to solve a problem we first need to identify what that problem is. The aim of this research is to use existing methods which have developed in environments such as aviation, medicine and petro-chemical plants, but modified for the recreational nature of SCUBA diving, to identify the main causality factors in recreational and technical SCUBA diving so that individuals can change their behaviours, and training agencies can modify their training programmes if required.

The majority of diving incident analysis focusses on outcomes rather the mistakes that the diver has made, and with the exception of a very few examples, there is no examination of the roles of supervisory or organisational constructs and how they influence the development, propagation and execution of activities leading to incidents by an individual diver. This lack of attention may be because of the diverse nature of training where a multitude of courses are provided by tens of different commercial agencies employing thousands of instructors rather than one common pathway mandated by an overseeing authority. There is considerable evidence that a system-based approach is required to take into account the parallel and serial nature of incident development

The research has developed from conceptual models to one, based on an aviation-centric model, called the Human Factors Analysis and Classification System - Diving (HFACS-D). This model has been validated using Subject Matter Experts in the diving industry against a number of scenarios to ensure that each factor is relevant.

It was recognised that to get the most from such a model and be adopted across the community, from diver to researcher, the model should be able to cover ‘simple lessons learned’ for the lay-diver and provide robust and consistent analysis opportunities for the research community across the globe.

This research has been personally funded because the regulatory authorities are not interested as this is a recreational activity and the training agencies are suspicious of the outcomes in that it might mean more oversight than is currently in place, with commensurate increases in running costs in what is already a challenging commercial market.

I believe that this project is very significant because it addresses a shortfall in the current risk management process - the determination of the risk when undertaking SCUBA diving and how poor error management is managed at both the personal and corporate level within this recreational activity.

Contrary to existing environments e.g. medicine, aviation, petrol-chemical plants etc, where safety is addressed effectively through organisational and supervisory structures, recreational SCUBA is a discretionary activity where the easiest risk mitigation is not to dive! Due to its recreational nature, there is almost no oversight at the personal level and at the organisational level there is limited oversight by the training organisations.

In a sport which is marketed as accessible to all, those who undertake the activity need to understand where they are likely to make mistakes in the future and protect against them through behaviour and cultural changes. Furthermore, training agencies and organisations need to determine which areas in the training materials may be lacking when emphasising the risks which will be encountered when they go diving in the 'real world' when they don't have the safety net of a Divemaster/Guide/Instructor.

However, the answer will not more legislation or rules which will reduce personal freedom! There is enough information out there to show those who undertaken recreational or technical SCUBA diving what might go wrong if they do not follow the protocols/guidelines/recommendations delivered during their training programmes; what isn't available is the scale of the problem and how likely something 'bad' will happen.

In essence, the outcomes of this research programme are unlikely to be earth shattering when it comes to novelty. However, it will be the first time that this research has been undertaken against an activity which is discretionary in nature and where there is limited oversight therefore there is likely to be considerable read-across to other risky discretionary sports or activities.

Fundamentally, divers go diving to have fun. Developing something which means that there is so much red tape that the industry dies is not the aim, but rather the scale of the problem can be determined so that divers can make more informed choices.

1. Determine the distribution of the 100 causality factors which have been developed as part of the research model which looks at the role of Human Factors in SCUBA diving incidents, using a 1000-respondent survey.

3. Undertake a study to determine the top 20% most influential factors which exist at the organisation and supervisory layers within the research model, which may lead a diver to make mistakes once they are outside the auspices of a supervised diving activity.

4. Once those 20% factors have been determined, undertake a survey to determine why the errors were made by a sample population.

Deliver the results from the above in a manner which informs the wider recreational audience and ensures that the analysis is not kept inside the academic community.

The research I am undertaking is as part of a part-time PhD in Human Factors in SCUBA Diving Incidents. This is a personally self-funded research programme working remotely from Cranfield University.

So far I have not been funded by any of the training agencies nor any governmental organisations despite it having validity and relevance across the world. Given that I am likely to identify failings in the system, I can understand why there is not overt support from the training agencies - that doesn't deter me though!

It has taken considerable drive and resilience against the culture of 'hiding incidents' over the last 3 years to get to where I am now, having developed and validated a model which will determine the most likely incident causality factors to be encountered by divers. I am gradually making headway with moral support from the community and this is very much appreciated. However, without this funding the research will be harder to support from my own pocket, and as a consequence, there is a chance that this important area of diving safety research will be incomplete.

So far I have already invested £5000 of my own money for research and a similar amount in Cognitas, but there is at least another £7000 to find to complete the projects! I am hoping that half of the research funds can be sourced through Microryza and SciFund, the rest will be from my personal pocket.

This project is extremely important in the understanding of risk, risk management and risk mitigation in scuba diving. This valuable research approaches the concept of diver risk and safety from a human factors perspective, identifying those components of a diving scenario that could result in injury or death. The end result will be to significantly expand the body of knowledge regarding diver risk so that individual divers and educators can modify their approaches to the sport making recreational diving safer. 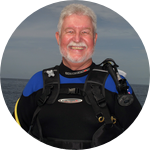 Dan Orr
President, Dan Orr Consulting
Diving with rebreather equipment combines complex technology and human fallibility in the hostile non-respirable undersea environment. Not surprisingly, this is associated with a relatively high accident rate. Gareth’s study is a unique attempt to identify contributory factors and how they may be mitigated. The practical outcome of his work is likely to be a meaningful increase in safety for divers who choose to heed his recommendations. This is highly value work by an individual thoroughly capable of completing it. 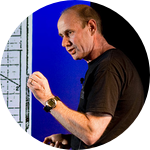 Simon Mitchell
Head of Department, Department of Anaesthesiology, University of Auckland
Having worked in the Recreational/Technical, Scientific and Media fields of the Diving Industry for 25 years I have always worked towards improving safety through educational system design and training. Since first working with Gareth I have believed in the scope and direction of his goals to improve diver safety through a process of failure analysis, to learn from mistakes. Following well established procedures from the Aerospace industry Gareth is working towards a safer diving community and I have nothing but respect and support for this. 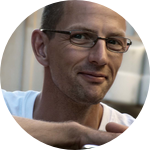 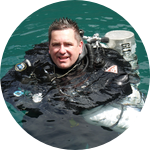 Gareth is a full-time Royal Air Force Officer who is passionate about making sport SCUBA diving safer and wants to take his experience and knowledge from military aviation and apply it to sport diving in both developing a Just Culture and improved reporting of diving incidents to achieve this. However, he recognises that porting safety management systems from aviation to a recreational activity would never work and therefore is working on a new model.

This research is at the core of the presentations I have given at a number of diving conferences such as Eurotek, BalticTech, Global Diving Conference and to local (and not so local) dive clubs as far away as Ontario, Canada.

A number of articles published in public SCUBA diving magazines and journals including Sport Diver, DIVER, Tanked Up and Quest. These focus on the role which Human Factors play in diving incidents and how to develop a 'Just Culture'