Let's grow a community of researchers and science-lovers who are passionate about understanding complex systems. We will be working on an adaptation of Thermostatistics together for this purpose! Your contributions will provide a year-long runway for a collaborative infrastructure as well as educational materials for this emerging field. To receive periodic updates as things develop, sign up here. To join our research community, head over here.

Thermodynamics was originally developed during the industrial revolution to better understand the properties of steam engines. With great accuracy, it is assumed that the molecules of steam in the engine do not interact. Unsurprisingly, scientists have had trouble applying Thermostatistics to “complex” systems, where interactions between the system components overwhelmingly determine the macroscopic system behavior that emerges.

The emergence of this field coincides with the rapid growth of complex internet technologies and the “big data” they collect. As a data scientist at Radius.com, I engage every day with a database of 27 million small businesses in the United States - an incredibly complex system. Many important systems are complex, such as metabolism, social networks, the behavior of cities, and food webs. Thermostatistics is increasingly referenced as potential bedrock for a theoretical understanding of these types of systems.

It’s time that we apply the scientific method to this big data we are accumulating. This project is a push to generalize the classical Thermostatistics of steam engines so that we might fit this data we are gathering and pave the way toward a physics of complex systems.

This project hopes to empower and grow a community of researchers who are passionate about adapting Thermostatistics to better describe the behavior of complex systems. If you would like to join our research community, check out our public Facebook group or our open-access cloud modeling environment.

If this campaign succeeds, I will give away:

Additionally, you can expect the following for contributing:

Over the last couple of years, I've been compiling a wish list of books and articles relating to the emergence of Complex Thermostatistics. Unfortunately, many of the more advanced books on the list cost over $100 each!

Apart from the community infrastructure your contributions will support, the majority of the funds raised will go toward the formation of a Complex Thermostatistics library (to be located initially at the Radius.com headquarters in San Francisco) as well as the development of educational materials for this field in the form of two video productions with separate audiences.

With researchers gathered and references on hand, one of two things is going to happen: either we will lay the groundwork for an adapted Thermostatistics framework to flourish in today's complex world, or we will gain a deeper understanding of the limitations of this core discipline in physics.

"We are currently spinning up a cloud computing environment on Amazon Web Services using the funds that have already been raised. Once it's ready, this should give any researcher who wants to contribute a standardized interface into our Complex Thermostatistics modeling environment." 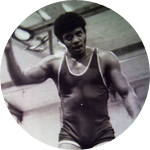 Shaun graduated from Carnegie Mellon in 2010 with a B.S. in physics and a B.S. in mechanical engineering, focusing his studies on Thermostatistics. His physics mentor, Robert Swendsen, studied under Herbert Callen, whose Thermostatistics text became the most cited reference in the field for its axiomatic approach. Shaun based a lot of his understanding of Thermostatistics off of Callen’s book and the excellent teaching of Professor Swendsen.

While completing his masters coursework at Caltech in 2011, Shaun studied Statistical Mechanics and its relation to the motion of fluids while deepening his understanding of Thermodynamics.

His eyes were opened to flaws in our current Thermostatistics framework after leaving academia to work on startups. He experienced first-hand the immense complexity of socio-economic systems - a property of systems that can be hard to grasp in academia. This motivated Shaun to work on this passion project for several years to finally reach this moment with you.