Several gull species forage in landfills, which brings the problem of plastic ingestion with negative consequences for individuals. In addition, plastics have attached chemicals used as plasticizers and also the well known Persistent Organic Pollutants such as DDT found in leachates. These are highly toxic for the organisms if are ingested. Thus, we plan to evaluate the chemicals attached to plastics ingested by a Kelp Gull breeding colony close to an urban area in Uruguay.

Plastic pollution is one of the most important environmental problems which consequences are not completely understood. Plastics acts as a new pathway for the exposure of biodiversity to chemical contamination because additives used in plastic manufacture and persistent organic pollutants (POPs) adsorbed by and concentrated on plastics could be released in the organism once ingested.

POPs constitute a diverse group of organic substances that have been intentionally or inadvertently produced and released into the environment. POPs include highly toxic industrial chemicals, for instance polychlorinated biphenyls (PCBs), and pesticides such as dichlorodiphenyltrichloroethane (DDT), hexachlorobenzene (HCB) or hexachlorocyclohexanes (HCHs).

Due to their stability and long-range transport properties, these chemicals are now ubiquitous around the world and are even found in places such as arctic regions, far distant from where they had been intensively used. Because of their high fat solubility, POPs tend to bio-accumulate in animals, especially in species at the top of the food chains. Negative health effects for humans and biodiversity have been linked to these pollutants such as cancer, feminization, reduction in cognitive function, diabetes, asthma, preterm birth, obesity, infertility, changes in children behavior, among others.

Recently, we evaluated plastic consumption by Kelp Gull in the breeding season on a coastal island of Uruguay. From 806 diet samples analyzed, 18% contained debris and 83% of them contained plastics. We found Polyethylene (52%), Polypropylene (26%), Polyamide (12%), Polystyrene (6%), Polyvinyl chloride (2%), and Polyethylene terephthalate (2%). Based on the nature of the plastics (e.g., medication and food wrappers, clothing labels, etc) we concluded they come from landfills.

Our findings will be used to produce a scientific paper.

Our budget will be used exclusively for analyzing plastic samples already collected in the Kelp Gull breeding colony on Isla de las Gaviotas. These type of laboratory analysis are expensive so we plan to fund a sub-set of 12 samples first and then be able to fund the rest of the samples in a follow up call.

To identify chemicals on plastic particles, first we will deliver them from Uruguay to the Laboratory of Biomarkers and Stable Isotopes of the Astrobiology Centre (CSIC-INTA) in Spain. After that, plastic fragments will be cleaned to remove impurities and then we will identify the chemicals using gas chromatography coupled to mass spectrometry (GC-MS). To use this technique two equipments will be used: a gas chromatograph and a mass spectrometer.

I first met Javier over ten years ago, and since then we have been regularly communicating and exchanging ideas as we work in similar research issues. He has a remarkable capacity to implement planned activities, lead working teams and interact with colleagues. His proposal to assess chemical pollutants in plastics ingested by the Kelp Gull in Uruguay will surely contribute to the understanding of a growing problem in coastal and marine environments, particularly in an area where this type of information is urgently needed. 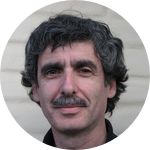 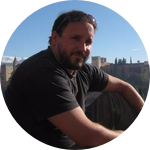 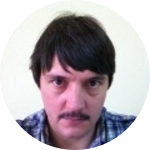 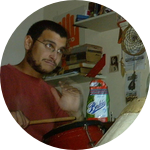 I am doing my PhD studies at Purdue University (Indiana). Before coming to the United States I used to work and study in Uruguay, my home country, where I could develop some projects with seabirds, especially terns and gulls. I am interested in the study of how individuals aquire their food, how they allocate the energy and nutrients (e.g., reproduction, foraging, rearing) and the result of this allocation (fitness). More recently as a result of a study in the Kelp Gull that started in 2011, I became interested in plastic pollution. Since then with my colleagues we have developed some research on this topic with very promising results.

I am an Environmental Analytical Chemistry (PhD) working in the cycling, fate and impact of organic pollutants in the environment.

I'm Biologist with a MSc in Ecology. In all my work I aim to contribute to the conservation of living beings and natural resources, either investigating or encouraging love and empathy of people with their immediate environment.

I currently work in environmental education and participatory monitoring in rural communities.