Were sailors actually ship-shape--or were they truly a sickly bunch? Find out with us! We are replicating shipboard food using the exact ingredients and methods from the 17th century. Then, a transatlantic voyage is simulated by storing the food in casks and keeping them on Elissa, the 19th century tallship. The nutritional and microbiological data from this project will offer a glimpse into the unique food situation, health, and daily life of past sailors.

“[Unsalted food] is rotten and stinking [so] it is necessary to lose your senses of taste and smell and sight just to [consume] it and not sense it,” wrote Eugenio de Salazar, a Spanish explorer to the New World, in 1573. Before canning technologies or refrigeration were invented, food was fermented, salted, or dried to prevent spoilage. Unfortunately, these methods of preservation also decrease the nutritional value of food on lengthy voyages. Previous attempts to gauge the nutritional value of shipboard diets were based on historical documentation or existing USDA nutrition charts that only reflect nutritional values from modern foods, not historical ones.

This project hopes to understand the effects of shipboard diet on the health of sailors by determining the nutritional and microbial intake of seamen on 17th-century English ships by replicating the food items as close to possible as they were in the past.

This project will give us great insight into humankind's shared maritime history and answer some longstanding questions in archaeology and history. We hope to understand how this unique subset of society ate and how this impacted their health, as prior to airplanes, all immigrants who made the transatlantic voyage to the United States came here via ship. Yet, there is little knowledge on the precise conditions of the food 17th-century sailors consumed.

In this project, shipboard food will be replicated using the exact ingredients and methods of preparation from the 17th century, including non-GMO ingredients, the exact species of plant or animal, and the same butchery methods and cuts of meat. Archaeological and historical data will be used to replicate the salted pork and beef, ship biscuit, wine and beer, and other provisions aboard Warwick, an English race-built galleon that sank in 1619. We will also simulate a trans-Atlantic voyage by storing the food in casks and keeping these in a ship’s hull for three months. Representative samples of food will be sent for nutritional and microbial analysis, including species of microbes, their quantities, and toxins, to understand changes that the food undergoes.

The budget of the project comes to $25,000 but we have already raised $9,500 in grants. The $4,978 goal will help purchase specialty ingredients for the 17th-century beer, the remaining barrels needed, and a portion of the laboratory supplies necessary for microbial analysis. Due to the uniqueness of the required ingredients, only specialty small-scale farmers still produce many of the foods we aim to use, so your contributions would not only support research but also help small producers and support sustainable farming. We could use regular meat, barley, wheat, wine, and peas, but this would skew the data given the premise of the project--your contribution will improve the accuracy of our results.

$30--All the above and a project t-shirt

$50--All the above and a entrance ticket to our 2018 historical beer tasting in Galveston, TX, sponsored by Karbach Brewing Company (includes 3 free pints)

I am very impressed by this novel and carefully planned approach to solving an intriguing historical problem that I have followed closely almost from its inception. On a personal level, I am curious about how some of my own ancestors fared in their early 17th-century Atlantic crossings. The investigators could not have better backgrounds in both nautical archaeology and the biology of digestion with which to pursue their obvious passion. 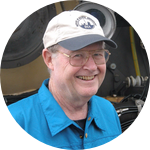 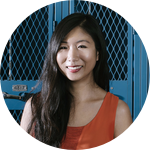 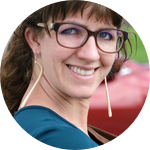 The Ship Biscuit & Salted Beef Project is a part of the Aggie Research Scholars Program (ARS) and we strive to mentor and teach undergraduate students in designing and conducting research. Read more about some of our members here:

Hi, my name is Grace Tsai and I am the principal investigator of the Ship Biscuit and Salted Beef Project. If you want to learn more about me, please check out my personal webpage at: https://www.grace-esther-tsai....

Howdy! My name is Elizabeth and I'm a gut microbiologist. I hail from San Diego, but have lived in Kansas, Louisiana, Costa Rica, and the United Arab Emirates. I started my graduate career as a marine microbiologist and through incredibly circuitous channels now study the microbes that live inside the stomach of cows, I like to say I went from surf to turf. Over the last 12 years, I've cultured everything from the guts of cows, cryptobiotic soil, the deep sea, salt mines, and whalebones, now am excited to add historical sailor food to the list!

There are potentially unusual strains of bacteria that will grow on the food items put on Elissa because of how the items are made, and some may be cultured for probiotics. Many chronic non-infectious diseases are now prevalent in developed countries, including diabetes, allergies, asthma, and cancer, and the increase in these diseases is not only due to poor diet, but also oversanitization and the overuse of antibiotics because these kill the good bacteria in the gut. The food that will be made will not be oversanitized, and will be made using unpurified and non-GMO ingredients—it is likely we will find something unique in the food that could help alleviate one of these non-infectious diseases if we are lucky. Regardless of the foods’ probiotic potential, the study of how pre-industrial food differs from today’s food may give us clues as to how our diets have changed and how to get the best of both periods.